On a daily basis, corrections officers interact with inmates, many of whom have committed heinous acts that led to their incarceration. Inside prison walls, inmates remain dangerous and unpredictable. Officers must constantly be alert and their lives may depend on how they respond to a situation.

To work in corrections, a key personality trait is the ability to react professionally to any situation while suppressing emotional response. Corrections staff must be able to put their feelings aside in order to maintain order.

However, doing so means that officers rarely have the opportunity to react to and cope with a situation in a healthy way. These situations often compound, leaving officers with no opportunity to recover from them. This can lead to isolation, depression, post-traumatic stress (PTS), and even suicide.

[Related: Are You Suffering from Burnout?]

As a former U.S. Marine, I’ve seen, firsthand, what post-traumatic stress can do to someone when left untreated. I saw the toll combat took on veterans, including my own brother who returned from his second combat tour with PTSD. However, there was one incident in particular that changed things for me.

How PTS Led to a Suicide Attempt

I found one of my peers, a corrections officer, unconscious in his apartment after he tried to end his life with an overdose of prescription medications. When I found him on the couch, he had vomited and aspirated—the vomit had burned the skin on his face and neck.

He had gotten out of psychiatric self-commitment just a week earlier. While he was in there, I ransacked his apartment because I knew he was hoarding prescription medications. I took them, but when he was released, he eventually convinced me to give them back to him.

The night I returned his medications is when he took them. The next afternoon I was concerned and went to his apartment to check on him. When I arrived, I found he had barricaded the door using every piece of furniture in the apartment. I finally got the door open and still remember how hot and humid the apartment had become in the sweltering August heat. I called 911.

Fortunately, my friend survived. He was in a coma for five days before being admitted to the hospital psychiatric unit for 10 days. That was followed by a week at the VA psychiatric unit, and finally an inpatient program for combat veterans at the VA for 45 days. He’s doing well today.

This incident was the first time in my life that I saw the gravity of PTSD and what it can do to an individual. Every red flag was there, every warning sign was right in front of me, and I saw it, but didn’t know what to do, so I did nothing. He was a generally outgoing person, but in recent weeks he had isolated himself. He also stopped paying his bills and became very impulsive. I saw these things happening, but it was like a dirty secret that I dared not tell. I didn’t want him to be mad at me for telling anyone else, or for trying to tell him what to do.

In the correctional system we have protocol and policy to address an inmate who is exhibiting suicidal ideations, but we have minimal resources to help our fellow correctional officers. In my facility we do have a state employee assistance program (SEAP) and critical incident stress management (CISM) programs, but these resources are underutilized and have not yet gained the respect and trust of staff. In application, they virtually don’t exist.

This is unacceptable and must change. I am sick and tired of seeing my peers unravel before my eyes, and some have even ended their own lives. It’s time to get our staff the help they deserve.

How Pennsylvania DOC is Stepping Up to Help Officers

In the last nine months, I have helped initiate a movement in the Pennsylvania Department of Corrections (PA DOC) to stop the trend of staff suicides, address mental health stigmas, improve wellness of staff as a whole, and work to change the culture of corrections. The PA DOC is now rolling out a new initiative called Corrections Outreach for Veteran and Employee Restoration (COVER).

COVER is based on a program called the Bureau Battle Buddy Program (B3), which offers peer support to address wellness issues, and was designed by the Federal Bureau of Prisons (FBOP). I had the opportunity to attend an event where I met Army Sergeant Major Kevin Bittenbender, the staff member who orchestrated B3. I was so impressed with B3 that I asked Kevin if we could borrow from this program and build a similar one at the PA DOC. With his support and mentorship, I have worked to implement COVER to include all staff as well as their families.

We held our first event on June 6, 2017 and since then numerous staff members and their family members have reached out for help with mental health issues, substance abuse, and family/marital concerns.

In order to promote culture change, we started by simply informing staff about the intentions of the program. Next, we started educating staff about the effects of working in a correctional environment. Through training, we encouraged them to reach out to others if they need help and what signs to look for in others who may be suffering.  From there, we can give proper suicide prevention education.

We hope to take this program beyond our walls and partner with other agencies in the community to form a network (similar to AA) of peer-support groups for first responders, including police, firefighters and EMTs, as well as military veterans. For the first time in the history of the PA DOC, we are taking an aggressive stand to improve the health and wellness of our people. There has been a cumulative exhale as we start these much needed conversations.

Our effort to address mental health issues and find ways to help our correctional faculty is spreading fast and it’s been amazing to see how many individuals are stepping up to help others. The fact that so many people across the state recognize the importance of this effort reinforces how desperately it’s needed. Providing services to help those in corrections isn’t just a state issue or a federal issue or even a county issue. We are all united in our losses and therefore united in our battle to change the culture of corrections to get staff the help they deserve. With the guidance of Kevin Bittenbender from the FBOP, our COVER initiative strives to leave the culture of corrections better than we found it. It is our legacy and we will save lives together. 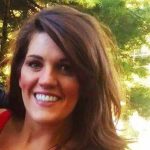 About the Author: Natasha Amaral  was born and raised in Lackawanna County, Pennsylvania. She served four years of active duty in the United States Marine Corps and entered the PA DOC in 2007 as a correctional officer. She was promoted to Corrections Counselor in 2015 and transferred to SCI Dallas in PA where she is currently employed while developing and chairing the COVER program. Natasha earned a BAS from Penn State. She recently became a certified yoga teacher in hopes of teaching yoga to combat veterans. She is married with three children.