A horrific nightmare has become an all-too-common reality here in Colorado: Schools put on lockdown because of an active shooter. It happened again this week when two suspected students opened fire at a school in Littleton, Colorado.

As a parent of a high schooler in a neighboring school, it was terrifying to get messages from school administrators about the unfolding situation. I held my breath, hoping the shooter would be apprehended quickly and no one would die. Unfortunately, a very brave young man, Kendrick Castillo, was killed when he reportedly charged at one of the suspects to stop the shooting. Several other students were injured in the incident.

Effects of Active Shootings on Kids

School shootings like the one in Littleton happen so often in Colorado that kids are now well-trained about how to respond. They know not only how to barricade a room and self-evacuate, but also that someone needs to take the shooter down. Our brave kids are taking such action themselves, risking their own lives to save their fellow students.

I’ve heard from several kids that such training has desensitized them to the idea of being in a shooting and many even expect that at some point they’ll experience such a situation. While it’s good to be ready to face such a scenario, as a trained psychotherapist who treats first responders suffering from trauma, I know that no one can be totally ready for the reality of a shooting. Even first responders with extensive active shooter training are often not adequately prepared emotionally to respond to such horrific scenes.

At the Littleton shooting, first responders arrived two minutes after the shooting started. They ran into the school, engaged the shooters, and were able to take them into custody. As those officers demonstrated, first responders are well-trained in active shooter response tactics—it’s something most agencies practice regularly—but are they really prepared for what they will see?

At school shootings, first responders are sometimes faced with kids shooting other kids, knowing they might need to kill a mere teenager in order to save others. They find kids on the floor, bloody and needing medical attention, or worse. It is a scene no one should ever have to witness, yet many first responders have had to see it repeatedly. It is no surprise—as recently reported in local media—that first responders in Colorado die by suicide three times more often than in the line of duty.

How can first responders be better prepared for the horrific scenes they may be confronted with? Much of the responsibility lies with law enforcement agencies. These agencies need to offer responders pre-trauma training as part of their basic training curriculum.

Pre-trauma training is designed to promote emotional stability. It teaches first responders skills and techniques to help them cope with traumatizing scenarios long before they face them. For example, responders learn how to:

Learning these skills is just the start. Just like active shooter response drills are conducted repeatedly, pre-trauma skills must be continuously practiced so when responders are involved in a traumatic situation, they are more likely to recover faster and more fully.

Unfortunately, because Littleton will likely not be the last school shooting, it also won’t be the last time first responders face such horror. They must be emotionally and psychologically prepared for the worst. 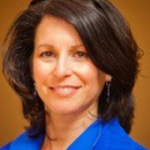 About the Author: Yael Shuman is a licensed marriage and family therapist with more than 25 years of experience working with individuals, couples, and organizations. She maintains a private practice in Denver, Colorado specializing in PTSD/ trauma, military and veteran issues, first responder issues, communication skills, and couples counseling. Her practice includes providing EMDR for trauma treatment, supervising interns, working with life transitions, divorce recovery, building healthy relationships, and treating stress, anxiety, and depression (including PPD). Prior to her work as a marriage and family therapist, Shuman spent five years working with Los Angeles County Child Protective Services (Family Preservation Unit) and foster care. She holds a master’s degree in Marriage & Family Therapy from California Family Study Center and a bachelor’s degree in Psychology from California State University Northridge. She is trained in EMDR and equine-assisted EMDR. Additionally, she is a member of the American Association for Marriage & Family Therapists, EMDRIA, and an AAMFT-approved supervisor.

Despite Pandemic, Law Fraternity Racks Up Successes in 2020

A Photographer’s Tips to Create Your Best LinkedIn Headshot