Will Trump’s Executive Order Lead to Better Training and Education of Officers?

In response to the outcry, on June 16, President Trump issued his Executive Order on Safe Policing for Safe Communities. This executive order aims to encourage police departments to improve transparency, increase training, and more.

This executive order stresses the importance of utilizing independent credentialing bodies to ensure law enforcement agencies are acting in a transparent manner as they provide safe and accountable policing services to the community.

Assessments produced by these independent credentialing bodies should identify internal deficiencies in law enforcement agencies. They should also provide guidance on how to enact change in those agencies to prevent or minimize injuries to officers and citizens alike. If an agency fails to use independent credentialing bodies, it might not receive discretionary grant funds from the federal government.

The Trump order acknowledges that past policies have shifted many social burdens onto the shoulders of law enforcement. For example, officers are increasingly called upon to deal with individuals who have mental health problems, substance abuse issues and addictions, and chronic homelessness. Officers must have proper specialized training in order to effectively handle these types of situations.

[Related: The Design of Online Education and Training Continues to Evolve]

Studies have shown that law enforcement officials with college degrees are 41 percent less likely to discharge firearms compared with officers with only a high-school diploma or some college but no degree. Better-educated officers are also less likely to use force than their lower educated colleagues (Aamodt, 2004; Terrill & Mastrofski, 2002; Rydberg & Terrill, 2010).

In addition to the de-escalated use-of-force-related benefits, a college degree teaches critical thinking, problem solving, and communications skills. These are vital to officers on the street and those involved with community policing – especially since discretion plays such a large part in interactions between officers and the public.

Individuals with college degrees are able to use these learned skills to address complex problems. This is critical because a police department’s policy and procedure manual can only cover so many situations and scenarios; the rest is up to the individual officer.

With greater implementation of strategies such as strategic management techniques, community-oriented and problem solving-oriented policing, today’s officers will employ critical thinking skills to these new and evolving approaches.

While reviewing this 2020 Executive Order, it brought to mind the Omnibus Crime Control and Safe Streets Act of 1968. Similarities between the two are numerous. Both emerged from a time of social and political unrest when civil disobedience and mass gatherings were rampant and a sense of lawlessness was pervasive. Prior to enactment of this legislation, there were many incidents of rioting, looting, and arson coupled with public outcries of a racist criminal justice system.

There are many similarities in the new executive order and the 1968 law. Both authorize federal funds for the purposes of crime response, education, and training for the nation’s law enforcement officers. While the 1968 Act created the Law Enforcement Assistance Administration (LEAA), we do not yet know whether the recent executive order will lead to a new government agency or leave it to existing agencies to execute the new procedures.

From the Omnibus Crime Control and Safe Streets Act of 1968 emerged the Law Enforcement Education Program (LEEP). Its goal was to assist those working in law enforcement, as well as those planning to enter the profession, to earn a college education. As of late 1978, LEEP provided almost $300 million in funding, via loans and grants, to more than 300,000 individuals. In 1980, the program was transferred to the Department of Education and subsequently altered from its original format and purpose.

There remain many unknowns about what will result from the 2020 Executive Order. Will there be a similar push for higher education among law enforcement officers? Will the order improve agency transparency and lead to more robust training programs for officers? Only time will tell. 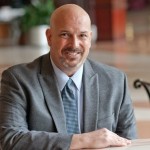 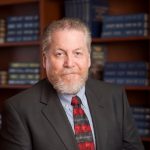 Dr. Chuck Russo is the Department Chair of Human Justice at AMU. His law enforcement career involved all areas of patrol, training, special operations and investigations. He continues to design and instruct courses. His recent research focuses on emerging technology in law enforcement, post-traumatic stress, and nongovernment intelligence actors.