Why Overt Intelligence Is Important But Often Undervalued

In the classroom, I have recently had several students suggest—argue even—that open-source intelligence (OSINT) is just human intelligence (HUMINT) by another name. As a veteran intelligence officer, I know this argument could not be farther from the truth, but I do understand why the confusion exists.

To start, both disciplines can involve targeting individuals and information without a cloak of secrecy or the need to use highly technical (or classified) collection systems. In simple terms, collectors can use both techniques to gather information via unclassified means. However, that’s where the similarities end.

HUMINT collectors and agents can find themselves in dangerous situations because in some cases the officer is operating clandestinely. In these instances, when the host nation is unwitting to the officer’s intelligence collection mission, it can be deemed illegal. This is not the case for the Intelligence Community’s OSINT collectors, who often gather information from the safety of their own offices. As far as intelligence disciplines are concerned, OSINT and HUMINT are the closest of cousins. However, there are a few key characteristics that make them distinct.

The Director of National Intelligence (DNI) defines OSINT as “publicly available information appearing in print or electronic form including radio, television, newspapers, journals, the Internet, commercial databases, and videos, graphics, and drawings. While open-source collection responsibilities are broadly distributed through the IC, the major collectors are the DNI’s Open Source Center (OSC) and the National Air and Space Intelligence Center (NASIC).”

[Related: Evolution of Intel: How Valuable is OSINT?]

As the Foreign Broadcast Information Service’s (FBIS) name suggests, OSINT collection also includes information publicly broadcasted by foreign governments. It should then make sense that the Director of Central Intelligence, as the National HUMINT Manager, founded and developed FBIS and that the organization is the predecessor to today’s OSC.

OSINT collectors gather and analyze information in much the same way that academics research their subject matter of interest. The increasing amount of information publicly available on the Internet has expanded collection opportunities in ways that were virtually nonexistent a couple of decades ago, such as the ability to monitor social media.

While the definition of HUMINT generally includes the description “derived from human sources,” HUMINT is actually more about the collector than the sources. This form of information collection does not rely on technical means—such as collecting intelligence from the Internet or satellite imagery—but rather by human collectors.

Why Overt Collection is so Valuable

Any discussion of HUMINT often evokes images of spy-thriller movies and shadowy figures in disguises exchanging documents in far-flung locales. While the nation’s clandestine intelligence services are the source of these types of Hollywood images, the reality is that the vast majority of HUMINT collection is conducted overtly and openly. The value of overt collection often goes unnoticed, but its benefits should not be overlooked.

Overt HUMINT provides a cost effective and efficient collection capability. While overt collectors receive training, this comes at a fraction of the cost and time it takes to train clandestine collectors. Overt collection also offers a much larger collection capability with access to diplomats, military personnel, and attaches around the world. Because it is overt and known, collectors are able to operate in accepted positions in host nations and can build relationships with such contacts at every level. Furthermore, these overt efforts are often the catalyst for clandestine operations.

[Related: Is Intelligence an Art or a Science?]

This form of “socially acceptable” spying has its origins in early diplomacy and continues to this day. This acceptance shields overt efforts from the sometimes muddled international incidents that can arise when clandestine efforts are uncovered. At best, these clandestine efforts are embarrassing situations for the responsible government agency. At worst, they can lead to imprisonment or death for those involved.

Clandestine services are undoubtedly paramount in the Intelligence Community, especially to penetrate difficult targets around the world. However, any sharpening of clandestine collection should happen alongside a similar refocusing of overt efforts as a complementary method, not a competing one. I regularly remind my intelligence studies students that although the term HUMINT might conjure up images of a classified document exchange in a back alley, it’s much more likely to happen over a cup of coffee between two friends. 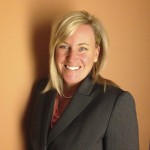 About the Author: Beth Subero is an instructor in the School of Security and Global Studies at American Military University. She possesses an MA in History from the University of Utah and an MS in Strategic Intelligence from National Intelligence University. Beth served in the Air Force for 21 years as an intelligence officer and taught history at the United States Air Force Academy. She has also worked as a senior cybersecurity consultant supporting cybersecurity training and education efforts across the federal government. She currently lives and works in Doha, Qatar.