What Law Enforcement Can Learn from Marijuana Legalization in Colorado

Law enforcement agencies around the country must learn from the impacts of Colorado’s legalization of recreational marijuana so they are prepared for similar legislation in their own communities. The 38th annual California Police Chiefs (CPCA) training symposium offered an educational session, The Impact of Marijuana on Public Safety in Colorado, featuring three panelists involved in Colorado’s transition to legalized marijuana.

“The sea has shifted about marijuana whether you like it or not,” he said. “You might not want to have it legalized, but learn from Colorado and look what could happen when you don’t think legislation will pass.”

The First Step is Acceptance
One of the initial issues that Colorado law enforcement faced was simply accepting the legalization of marijuana. Chief John Jackson of the Greenwood Village Police Department, which serves a suburb of Denver, admitted that he was in denial about the passage of Amendment 64. The day after it passed he called the attorney general, feeling blindsided because law enforcement was told the law wouldn’t pass. No one, not the AG or other state leaders, knew what to do or how police should respond.

Jackson was not alone in his denial. “There were 14,000 officers in Colorado who needed training. The first thing I did was talk to officers on the front lines,” said Michael Song, assistant attorney general in Colorado, who provided legal training for law enforcement officers. “It was obvious that many of them were in stage one of depression. They were in shock and denial and they were angry. So the quicker you can get officers to the last stage—acceptance—the better it will be for public safety.” 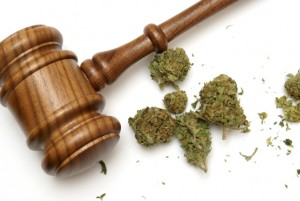 Panelists recommended that other states act now to work with their communities on what the best outcome for their community is and then train their law enforcement officers, as appropriate, so that they can adapt to the laws, maintain a positive attitude about it, and remain flexible. “That one-year void in our training from when it was legalized to when we started delivering training was a big loss,” said Jackson. “Other states need to act quicker and be more decisive from the start.”

One of the best things the Colorado Association of Chiefs of Police (CACP) did, however, was stay involved in the conversation. From day one, CACP said that it wanted a seat at the table and to stay engaged with the community to help create good policy. “Whether you embrace it or not, you need to engage with the community to figure it out,” he recommended.

Advocate for Law Enforcement’s Share of the Money
One of the major justifications for the legalization of recreational marijuana was the increased tax money for the state. However, at this point the financial incentives don’t appear to be panning out.

“It’s not worth it,” Colorado Attorney General Cynthia Coffman said on Feb. 23 during a state attorneys general conference, reported US News & World Report. Coffman was referring to the $76 million the state collected in taxes and fees from marijuana sales in 2014.

“Don’t get intoxicated with the money and lose sight of the social costs and ramifications,” said Jackson. Upon passage of the law, one of the biggest mistakes Colorado made was that it did not adequately allocate funds to train law enforcement officers about the implications of the law.

The law is extremely confusing. Amendment 20, which passed in 2000, approved use of medical marijuana with written medical consent, allowing patients to possess up to two ounces of marijuana and cultivate no more than six cannabis plants. That is, unless they have a doctor’s permission, in which case they can cultivate additional plants based on the doctor’s recommendation.

Under Amendment 64, which passed in 2012, adults 21 or older can grow up to six cannabis plants and possess one ounce of marijuana. Caregivers can grow six plants for each patient. A caregiver can have up to five patients (and more with state permission). Individuals can also keep the yields from their plants. Thus, it is a daunting task for police officers to determine how many plants and the amount of marijuana a person can legally possess.

“We have cops trying to do the math to make sure a person hasn’t exceeded their legal limit of marijuana and that’s a problem—it’s unworkable,” said Jackson. “We don’t take marijuana plants any more, it’s just too confusing.”

Jackson recommends training officers ahead of time, if possible. “We’ve done a woefully bad job training our officers,” he said. “Take the time and spend the money to train officers.”

“Not collecting data gives you the answers to nothing,” he said. “If you set it up ahead of time and have data systems in place, you can quickly quantify the problems.”