Time to Crack Down on Phishing and Other White-Collar Crimes

The term “white-collar crime” is derived from the assumption that business executives, wearing white shirts and ties, commit non-violent crimes. This term also theoretically distinguishes these types of crimes and criminals from those who commit physical crimes, which are supposedly more likely to be committed by “blue-collar criminals.”

White-collar crimes are often financially motivated civil and criminal violations of the law and typically involve many victims. While many white-collar crimes go unreported, when such crimes are revealed to the public they tend to make big news, particularly if they involve a corporate culture, large numbers of victims, and a significant amount of money. 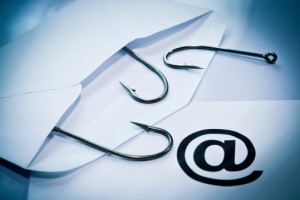 The Internet is a very popular tool for white-collar criminals. Only recently has nearly every household in America become connected; this somewhat new technology allows criminals anonymity as well as the ability to reach large numbers of potential victims. Internet crimes have included large-scale theft and fraud schemes such as advanced fee fraud, phishing or spoofing.

The elderly are one of the most commonly victimized groups. These citizens are not only ill-equipped to deal with the fraud being perpetrated on them, but are likely to suffer devastating effects and hardships from the crime. Cases like Enron are damaging to the overall economy in addition to the impact on individuals.

Resources to Fight White-Collar Crime
Law enforcement resources are limited to combat many of these crimes. Many agencies do not have the trained personnel, funds, or advanced technology systems needed to adequately fight such crime. The borderless nature of the Internet causes jurisdictional issues for agencies.

Society is generally more attuned to the effects and loss from criminal-type activities such as murder, rape, burglary, etc. However, when it comes to white-collar crimes and its victims, the real costs are abstract and difficult to comprehend. Unless a person has personally fallen victim to a white-collar crime, many people do not understand the impacts of these crimes.

This inability to relate is a major reason why society as a whole has not pushed for tougher punishments of white-collar crimes. Unless the perpetrator has caused some physical injury or harm to a victim or the crime is so blatantly wrong in the public’s eye, in most cases the crime goes largely ignored.

Some legislators are trying to change this. On March 24, Utah Governor Gary Herbert signed a new bill into law, which creates a first-of-its-kind “White Collar Crime Registry.” House Bill 378 creates a registry that works a lot like a sex-offender registry, but for convicted fraudsters.

What are your thoughts on such a law? Are there any special considerations or lingering concerns you might have about such a law? What are some possible implications for such a law?

About the Author: Dr. Michael L. Beshears has two B.S. degrees, one in psychology and another in criminal justice from Drury University. He also has two graduate degrees, a M.S. in criminology from Indiana State University and a M.A. in health services management from Webster University. He earned a PhD from Northcentral University in business with a concentration in criminal justice. Mike is a retired senior noncommissioned Officer in the U.S. Army. His 22-year career includes work with the Special Forces, as well as assisting other agencies in their performance of criminal investigations. He has an extensive background in emergency medicine and intensive care medical treatment. Mike is currently an assistant professor of criminal justice at American Military University & American Public University and is full-time faculty in the School of Security and Global Studies. You can contact him at Michael.beshears(at)mycampus.apus.edu.