Prisons are, in many respects, a microcosm of society. In 2030, the last baby boomer will turn 65 and one in five Americans will be older than 65. This aging population is also represented within the nation’s prisons system.

A comprehensive 2014 study by the Urban Institute found that the number of prisoners age 50 or older experienced a 330 percent increase from 1994 to 2011. The study examined the growth patterns in the largest correctional system in the United States, the Federal Bureau of Prisons. This study concluded that the growth rate of older prisoners—especially those 65 and older—is expected to increase significantly.

This increase in elderly prisoners will not only consume a considerable percentage of the federal prison budget, but it will also require that correctional officers receive training about how to care for and protect elderly prisoners.

The Challenge of Older Prisoners 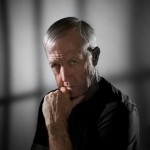 According to a 2012 study by Human Rights Watch, “prisons were never designed or intended to be geriatric facilities.” Compared to their counterparts in the community, older prisoners have a greater incidence of illness, disease, disability, and mental health diagnoses. One powerful excerpt from the Urban Institute’s study notes that elderly prisoners tend to have the same physiological age and health concerns as individuals who are 10 to 15 years older than them.

Need for Officer Training to Protect Elderly Prisoners
One area of concern is that corrections officials have limited, if any, training in elder care. Older prisoners are often exploited and subjected to physical and sexual victimization by younger prisoners. Such victimization increases the probability and likelihood of successful lawsuits against prisons for failing to take precautionary steps to adequately protect elderly prisoners.

Recidivism Rates of Older Prisoners
A 2014 study by the United States Bureau of Justice Statistics indicates that older prisoners are substantially less likely to engage in additional criminal behavior after they are released from prison than younger prisoners. Numerous studies have reaffirmed that age is one of the most reliable predictors of recidivism.

One potential solution is to release nonviolent older offenders, particularly those with diminished cognitive or physical abilities. Most elderly offenders pose very little threat to public safety and can serve as a vital release valve for an overcrowded correctional system. Developing a comprehensive understanding of the public safety risk posed by older offenders is an ideal first step in devising policies without compromising public safety. 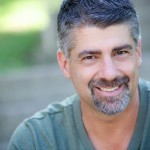 About the Author: Professor Michael Pittaro is a 26-year criminal justice veteran, highly experienced in working with criminal offenders in a variety of setting. Pittaro has lectured in tertiary education for the past 12 years while also serving as an author, editor, and subject matter expert. He is currently pursuing a Ph.D. in public safety/criminal justice at Capella University’s School of Public Safety Leadership.

Pittaro is the author of multiple university-level texts and scholarly journals, including the United States’ only criminal justice quick-study reference guide, and “Crimes of the Internet,” an anthology of cybercrime research. Pittaro is a member of the International Editorial Advisory Board for the International Journal of Criminal Justice Sciences and assists on the International Journal of Cyber Criminology. He is also a peer reviewer for the United States Department of Justice, Office of Juvenile Justice and Delinquency Programs, and a program committee member for the South Asian Society of Criminology and Victimology.