In June, the Maritime Cyber Research Summit (MCRS) was held at the Cal Maritime Safety and Security Center. This summit was an intensive focus session on maritime cybersecurity risks and vulnerabilities.

This summit built upon key challenges presented in March by the U.S. Coast Guard (USCG) during the Maritime Cyber Security Symposium, which was jointly organized by Rutgers University CCICADA DHS Center of Excellence and American Military University. 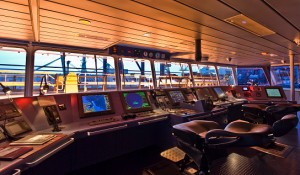 Although the MCRS was initially envisioned to comprise a small group of interested subject matter experts, the response from the maritime community exceeded the expectations of event coordinators. High attendance at this event confirmed that there are considerable strategic concerns in the maritime community relative to operational cybersecurity issues.

In a fortuitous combination of events, the USCG released its Cyber Strategy (PDF) one day prior to the event, which was made available to all MCRS participants. This document will guide the service’s efforts in the cyber domain for the next 10 years.

Experts Gather to Develop Research Questions
The purpose of the summit was to address the research challenges put forth by Vice Admiral Chuck Michel during the Maritime Cyber Security Symposium. The admiral challenged the assembled academics, industry, and federal, state, and local attendees to leverage their collective capability to help the USCG rigorously explore research areas and identify research priorities.

Summit attendees were also asked to help develop rigorous research questions to be used in the development of the DHS S&T Office of University Programs Centers of Excellence 2016 work plans.

In addition, these research questions will be implemented by American Military University graduate students. The university has pledged to develop graduate-level independent study courses that focus on these selected areas resulting in a final written report based on students’ findings. These research questions will also be provided to the dean of the Coast Guard Academy to leverage its capability as part of further exploration.

During the summit, participants fleshed out six research challenges, identifying key priority topics and important research questions. The challenge areas are as follows:

A report on the summit was delivered to VADM Michel on July 30 and will be followed by a briefing to the admiral at Coast Guard headquarters. 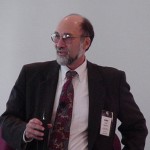 Fred S. Roberts is a Distinguished Professor of Mathematics at Rutgers University and Director of the Command, Control, and Interoperability Center for Advanced Data Analysis (CCICADA), a University Center of Excellence of the Department of Homeland Security. Among his current homeland security research interests are stadium security, resource allocation (e.g., for Coast Guard boats and aircraft), container inspection at ports, sensor management for nuclear detection, early warning of disease outbreaks and bioterrorist events, border security, behavioral responses to natural and human-caused disasters, the connection between security and economic activity, and the homeland security aspects of global environmental change.