Post-traumatic stress disorder (PTSD) has become a major topic of conversation for veterans returning from the wars in Afghanistan and Iraq. While the main focus has been on veterans, there is also increasing interest in the effects of PTSD on the first responder community – fire, law enforcement and emergency medical services.

“The bill that zoomed through both the House and Senate with bi-partisan support states the first responder must have ‘clear and convincing’ evidence of physiological injury and that the treatment would be handled through worker’s compensation,” KHQ Channel 6 in Spokane, Washington, reported. “The old law said first responders could only claim PTSD if there was a physical injury associated [with it] to get worker’s comp.”

First responders witness an enormous number of 911 calls related to traumatic circumstances that make a lasting impression on them. For instance, they may deal with people who have been shot, stabbed or badly injured during vehicle accidents.

For major events such as a terrorist bombing or a mass shooting, the sights and sounds of such events result in even more trauma. It is difficult to witness some of these events without being profoundly affected. 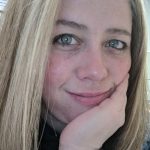 About the Author: Allison G. S. Knox is a faculty member at American Military University, teaching courses in Emergency and Disaster Management. Her research interests are comprised of emergency management and emergency medical services policy issues. Prior to teaching, Allison worked in a level one trauma center emergency department and for a Member of Congress in Washington, D.C. She holds four Master of Arts degrees in emergency management, international relations, national security studies and history. She is a certified lifeguard, EMT and is also trained in Technical Large Animal Emergency Rescue. Allison currently serves as Advocacy Coordinator of Virginia for NAEMT, Chapter Sponsor for the West Virginia Iota Chapter of Pi Gamma Mu International Honor Society, and Faculty Advisor for the Political Science Scholars. She is also on the Board of Trustees and serves as Chancellor of the Southeast Region for Pi Gamma Mu International Honor Society in the Social Sciences. She can be reached at IPSauthor@apus.edu. For more articles featuring insight from industry experts, subscribe to In Public Safety’s bi-monthly newsletter.

Allison G. S. Knox teaches in the fire science and emergency management departments at American Military University and American Public University. Focusing on emergency management and emergency medical services policy, she often writes and advocates about these issues. Allison serves as the At-Large Director of the National Association of Emergency Medical Technicians, Secretary & Chair of the TEMS Committee with the International Public Safety Association and as Chancellor of the Southeast Region on the Board of Trustees with Pi Gamma Mu International Honor Society in Social Sciences. Prior to teaching, she worked for a Member of Congress in Washington, D.C. and in a Level One trauma center emergency department. Passionate about the policy issues surrounding emergency management and emergency medical services, Allison often researches, writes and advocates about these issues. Allison is an emergency medical technician and holds four master’s degrees.

Why It Is Essential to Maintain Religious Freedom in the US