How Much Drug Use Occurs in Law Enforcement?

While officers are sworn to uphold the law, they are not immune to drug addiction. During my 29-year law enforcement career, I saw more than one officer succumb to drug abuse.

Watching this led me to wonder about the pervasiveness of drug abuse across law enforcement, and I chose to investigate this question for my graduate thesis while earning my graduate degree in criminal justice at American Military University. I wanted to find out how many officers had used drugs before becoming an officer and the prevalence of officers using drugs during their career. The goal of my research was to better understand drug use in policing as well as to help agencies identify officers at higher risk of drug use—and in turn, help keep officers drug-free.

The Challenges of Researching Drug Use Among Officers

The first problem I ran into during my research was that there wasn’t much existing information or previous research on the topic. There were a few studies done 20 years ago about drug use in law enforcement, but, for the most part, I was starting from scratch. My original thesis proposal involved questioning drug-abusing officers about how they became addicted. However, I was unable to get approval for the study because officers would obviously be admitting to crimes (buying drugs, using drugs, etc.).

Instead, I conducted an extensive anonymous survey of more than 800 officers nationwide to see how many were using drugs and identify any connections between pre-employment and post-employment drug use.

The survey also included questions about officers’ education. There have been many studies about the correlations between an officer’s level of education and police deviance. In my research, I found a link between education and drug use of officers. While the majority of responding officers had a bachelor’s degree, 53 percent of officers who admitted to using drugs only had a high-school education.

How Leadership Can Prevent Officer Drug Use

My research shows that a thorough background check weeds out officers with the potential for problematic drug abuse. As my research showed, 60 percent of agencies did not know about an officer’s prior drug use, therefore, it’s important that agencies conduct a thorough background investigation as part of the hiring process. Drug testing also reduces the chances for drug abuse, but that drug testing needs to occur throughout an officer’s career. Typically, officers are drug tested when they apply for a job and rarely tested again unless they are on probationary status or assigned to a specific unit such as narcotics.

While much larger samples are necessary to draw statistically significant conclusions on this topic, the results of my initial investigation suggest this is an area where more rigorous research is imperative. By probing the depth of the problem and discovering its scope, we can work on mitigating the contributing factors, which officers said included psychological stressors and injuries sustained on the job. My survey indicates that drug use and abuse by law enforcement is more prevalent than previously known—and is something that can no longer be ignored by agencies. Drug abuse in law enforcement is of vital concern. Left unchecked, drug abuse is the seed that will cause corruption, in turn eroding effective guardianship of our community, fostering a lack of confidence by peers and the public, and creating a liability in criminal cases. 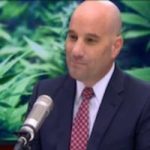 About the Author: Keith Graves is a retired Police Sergeant who worked in the San Francisco Bay Area for 29 years. Keith was named as California’s Narcotics Officer of the Year in 2016 and is a prior winner of MADD’s California Hero Award. He has years of experience as a Narcotics Detective and a Narcotics Unit Supervisor and is a Drug Recognition Expert (DRE) Instructor (IACP #3292). Keith teaches both the DRE course and the Drug Abuse Recognition course and has taught at the Police Academy. He has developed several drug courses for the California Narcotics Officers Association, California POST, and California Colleges and currently consults POST on drug-investigation procedures. Keith has held other assignments besides narcotics including training sergeant, patrol sergeant, COPPS officer, traffic officer, and 20 years as a SWAT team member and sniper team leader. Keith has taught thousands of officers and businesses around the world about drug use, drug trends, compliance training and drug investigations. He is recognized as an international drug expert and has testified as an expert in court proceedings on drug cases, homicide cases, and rape prosecutions. Keith earned a BA in Business Management from Saint Mary’s College of California and attended American Military University where he received a Master’s Degree in Criminal Justice in the School of Security and Global Studies. Keith is also a member of the Kappa Kappa chapter of Alpha Phi Sigma National Criminal Justice Honor Society at AMU. Keith is the founder and president of Graves & Associates, a company dedicated to providing drug training to law enforcement and private industry.

Why It Is Essential to Maintain Religious Freedom in the US