Departments Must Train Citizens to be First Responders During Active Shootings

Fourteen people are dead and 17 more are reportedly wounded in San Bernardino, California after the deadliest mass shooting in the United States since the 2012 Sandy Hook school shooting in Connecticut. The most recent FBI Active Shooter Survey reports that such active shooter events are on the rise. To help prepare a community for an active shooter event, public safety agencies must first change the definition of who is considered a first responder. 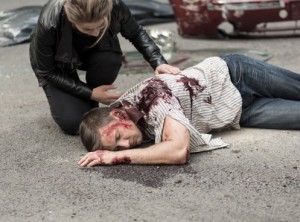 Traditional first responders include law enforcement, the fire service, and emergency medical personnel. However, mass shootings start and end very quickly; these first responders often cannot get to a scene in time. Sixty-three percent of active shooter events are concluded by the 15-minute mark, either by police action or suspect suicide. But on a national average, it takes approximately 7 to 15 minutes for first responders to reach the scene and often longer for them to safely enter and start treating patients. Patients who experience massive trauma don’t have that much time and can often bleed to death in as little as three minutes.

The first individuals to a scene will always be bystanders who are in close proximity to the event. With this in mind, public safety departments must start training citizens how to “be your own first responder.”

Using average citizens as first responders can assist professional emergency responders and reduce the number of casualties during an active shooter event. It also empowers individuals involved in such an event to feel more confident because they are trained to act.

The Glendale Police Department conducts an active shooter training program based on the Run Hide Fight Treat program, which was developed in partnership with the Denver Health Paramedic Division. This training is typically a 4-to-8 hour session, which trains citizens how to protect themselves and safely help the wounded through:

Due to the consistency of active shooter events throughout the world, the community has been very receptive to such training. Nationally, the Run Hide Fight Treat program has trained more than 1,000 citizens in 2014 and approximately 1,200 citizens in 2015, resulting in at least one life saved.

This Run Hide Fight Treat program was developed in partnership with the Run Hide Fight program developed by the city of Houston, Texas, and has been championed by The White House through the Stop the Bleed campaign. These programs all focus on training individual citizens to act during a traumatic event and help save lives.

Public safety departments need to approach active shooter training just like they have fire safety response in the last 50+ years. The public understands the concept of “stop, drop, and roll” if ever on fire and they know to evacuate a building when the fire alarm sounds. The same principle applies to active shooter training. The concept of “run hide fight treat” must be ingrained in the public’s mind through outreach and education programs.

It is up to local public safety departments to lead and conduct this training. Part of the message to citizens must reinforce that calling 9-1-1 and waiting for help is inadequate. It is up to citizens to be prepared and trained so they can act as first responders and if an active shooting happens, they have the ability and confidence to help save lives. 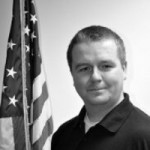 About the Author: Justin Baumgartner is a faculty member at American Military University in the School of Security and Global Studies. Justin also serves as a Community Liaison Officer of Urban Development for the Glendale Police Department in Colorado. He began his law enforcement career with the Colorado State Patrol in 2008. He is an active Terrorism Liaison Officer Level III and is currently assigned to the Colorado Information Analysis Center, Colorado’s State Fusion Center. Justin is currently in the process of attaining his Ph.D. from Walden University in the field of Public Policy and Administration, focused on terrorism, mediation and peace, with a qualitative dissertation study on community resilience in regards to active shooter events.