Could You Pass the CIA’s Writing Boot Camp?

If you want a career as an intelligence analyst there is one skill you must master: writing. “Quite frankly, if you can’t write and you can’t master the specific style of intelligence writing, you do not have a career at the CIA,” said David Cariens, a 31-year career CIA officer.

Cariens spent the majority of his career as political analyst specializing in Eastern European affairs. He wrote for all levels of the U.S. government, from the President to policymakers. 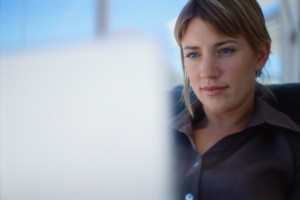 The CIA gives new hires 18 to 24 months to become standalone analysts and, if they cannot meet stringent writing standards within that time period, the CIA helps them find work elsewhere. At one point, the CIA was losing nearly 60 percent of its analysts in the first 24 months. That was when CIA leadership approached Cariens and asked him and another analyst to develop and teach an intense writing program for at-risk analysts.

This intense writing course was limited to six analysts. Cariens, who is retired but remains a consultant with the CIA, said the program was highly successful and helped save 90 percent of analysts enrolled in the course.

“Many of them just needed that extra help and attention,” he said. “And, in many cases, they needed to be retaught how to write.”

How to Master Intelligence Writing
Surprisingly, one of the biggest hurdles to mastering intelligence writing is untraining analysts from academic writing styles and retraining them in the intel style. “Academic writing helped get an individual a degree and that degree shows certain mastery skills, but it often encourages a verbose writing style,” explained Cariens.

For example, intel writing eliminates almost all adjectives and does not include nuance or innuendo phrases. “It is a basic, clear, and concise form of writing, which often runs counter to all the writing that a student has done to this point,” he said.

Vocabulary and sentence structure usage are also very different in intel writing. “Intel documents must be written for the specialist and the generalist, so intel writing relies on using the basic aspects of the English language.”

One of the greatest challenges for intel analysts is to take a highly complex situation—of which they only have fragmentary evidence—read it, analyze it, and write it in a way that does not lose the complexity of the situation, nor presents information above the head of the generalist.

Working Under Intense Pressure
As expected, timeliness is incredibly important in intelligence work. Often times, analysts are given a piece of critical information and in less than an hour they must produce a piece of intelligence for the President or Congress.

Cariens recounted one high-pressure situation he experienced: “First thing one morning my boss, who was a former Marine Colonel and did not suffer fools well, handed me a press release about a situation in Romania and told me he needed four sentences of analysis to take to the CIA director. He stood behind me, thumping his finger on the back of my chair and when I typed the last period, he pulled the paper out of the typewriter and went directly into the director’s office. I didn’t even have time to reread it. That is a worst-case scenario, of course, but that is the type of pressure analysts must be able to perform under.”

Let Go of Your Ego
Analysts must also be very accepting of editorial feedback, he said. During the training of new analysts—a boot camp of writing Cariens identified which students were having trouble accepting editorial reviews. “Some people take editorial comments as a personal attack on them, which is not true,” he said. “For me, the sign of a good writer is someone who is open and willing to accept editorial feedback.”

Analysts also need to remember what they write is the property of the CIA and not their own material. “Major national security decisions are made on what an analyst writes, so the analyst cannot allow his or her ego to stand in the way of producing the best possible product,” he said.

Analysts must also know they will be wrong sometimes. “Analysts are working with fragmentary evidence and it is humanly impossible to be correct every time,” he said. “You must recognize and admit when you are wrong and correct the record. Being wrong is part of the profession.”

How to Improve Your Own Writing
So how can you improve your writing skills? Students can use instructional books on intelligence writing to help them practice being succinct and using shorter sentences. Cariens has taken his unique knowledge about intel writing and authored several books including, Intelligence And Crime Analysis: Critical Thinking Through Writing, Intelligence and Crime Terminology: A Glossary of Terms and Acronyms, and a new book set to be released in the fall, A Handbook for Intelligence and Crime Analysts.

All this is important so high-level leaders can skim a piece of analysis quickly. “The President’s day is planned in five minute intervals, so he doesn’t have time to read an academic paper.”