Recently Sunil Dutta, a professor of homeland security at Colorado Tech University who spent 17 years as an officer with the Los Angeles Police Department, published an opinion piece in The Washington Post titled: I’m a cop. If you don’t want to get hurt, don’t challenge me. Central to Professor Dutta’s piece is a statement that has drawn a lot of public outcry:

“…if you don’t want to get shot, tased, pepper-sprayed, struck with a baton or thrown to the ground, just do what I tell you. Don’t argue with me, don’t call me names, don’t tell me that I can’t stop you, don’t say I’m a racist pig, don’t threaten that you’ll sue me and take away my badge. Don’t scream at me that you pay my salary, and don’t even think of aggressively walking towards me. Most field stops are complete in minutes. How difficult is it to cooperate for that long?”

However, I challenge the notion that citizens must always do what the police tell them to do, without question. I contend that citizens are within their rights to challenge authority by questioning the justification for being stopped or detained by a police officer.

For those who work in law enforcement, Dutta’s advice makes sense. Essentially, it advises people not compound the problem by being abusive and difficult because such actions often makes a bad situation worse. On its face, Dutta’s recommendations harkens to the notion of not “failing the attitude test.”

Telling People to Just Comply with Authority Misses the Mark
While I agree with the underlying concept expressed by Dutta, that a citizen being detained by an officer will be better off if they comply rather than challenge, I still have problems with the overall sentiment of the position he takes, which is “obey us, and do not question our authority.”

It appears all too often that citizens are quick to give away their rights to the police because of the authority they project in our society. Often people think they must do everything a police officer tells them to do. After they might contend that they have nothing to hide! That might be very true, however, one needs to ask if it is still any business of a police officer to stop and ask you what you are doing, if you are an American citizen, or what your business is.

Violation of the Core Principles of Criminal Justice?
As a former criminal justice practitioner, and a present professor in the field of criminal justice, the central thesis of Dutta’s argument violates the central core of everything our criminal justice system stands for, as well as what our nation strives to be, which is that the United States is a nation of laws and not of intemperance.

Dutta’s statements, coupled with the issues presently occurring in Ferguson, Missouri, made me reflect on the thoughts of one of the earliest criminological thinkers, Cesare Beccaria, and his work, Of Crimes and Punishments. In Chapter II, Beccaria examines the right of the government to punish the people.

Beccaria states that “every act of authority between one man and another that does not derive from absolute necessity is tyrannical.” Furthermore, Beccaria exclaims that the more just the punishment, the more sacred liberty is to the people. Central to the enforcement of the law, Beccaria holds that any punishment that exceeds what is necessary is unjust and breaks the bond that the citizen has with the law. This will result in resistance and the eventual conflict.

In his work, The Principles of Morals and Legislation, Jeremy Bentham took Beccaria’s concept further when he states “the punishment should be adjusted to each particular offense.” The idea that words such as “racist pig” or threatening to “take away your badge” could be met with force by an officer of the law violates the central principle of a free nation’s criminal justice system.

Ferguson and the Right to Challenge Authority
The idea that we as citizens should keep quiet or be prepared to be tased as a consequence for noncompliance flies in the face of the principles expressed by both Beccaria and Bentham whose philosophies are the central foundation of our justice system. Their contention that when the law is unevenly applied, the bond between the citizen and society is forever eroded is correct as we see within the African-American community in Ferguson.

Michael Tonry’s work Malign Neglect found that blacks are more likely to be arrested and incarcerated than whites. Nalder, Kamb and Lathrop (2008) also found that blacks were arrested eight times more often for obstruction than whites in Seattle. However, close to half of those cases were dismissed by prosecutors.

Such trends have led to the perception that law enforcement is heavy handed when dealing with black citizens. So, while compliance sounds like a no-brainer, it is difficult to apply that philosophy to a population that has every right to mistrust the motivations of the law enforcement officers they encounter. And, when officers react with force to abusive language and actions, the more society’s trust in police power is eroded. Mr. Dutta may want to consider that in the future. 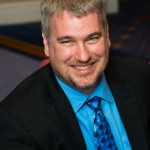 About the Author: Vinnie Giordano Ph.D. obtained his Masters of Science in Criminal Justice from the University of Cincinnati and his Ph.D. in Human Services with a specialization in Criminal Justice from Capella University. Before coming to American Public University System, Dr. Giordano had worked in the field of substance abuse and behavioral health for 13 years as a substance abuse counselor in a Department of Corrections funded youthful offender program; and as the Administrator of Juvenile Services at the Pinellas Juvenile Assessment Center. Currently, Dr. Giordano serves as the Program Director of the Criminal Justice Department which is under the School of Security & Global Studies at APUS.