Why Security Officers Should Carry Tourniquets

In many ways, security is considered the little sibling to law enforcement. Security officers generally do not have the legal authority of their law enforcement counterparts and are often trained at a lower standard.

However, this mindset is changing. Private security is evolving with respect to training and the scope of responsibilities. Although their jobs are certainly different, security officers can benefit from many aspects of law enforcement. This includes the use of certain kinds of tactics and equipment.

One piece of equipment that can help save lives is tourniquets. As law enforcement agencies across the country start to equip their officers with tourniquets, security agencies should start following suit.

Modern-day security officers have many responsibilities, from basic enforcement of rules to catering to customer needs. As active-shooter or mass-casualty incidents rise, it is imperative that security officers, who are often first responders in these scenarios, are properly trained.

[Related Article: Departments Must Train Citizens to be First Responders During Active Shootings]

During an active-shooter incident, security personnel must be trained not only how to respond to the shooting itself, but also how to help those who are injured.

The idea behind equipping security officers with tourniquets is not to have them risk their lives to deliver medical care, but to provide them a tool to help save lives until medical professionals can reach the injured. While most security officers are now required or preferred to have CPR training, they should have additional lifesaving skills. 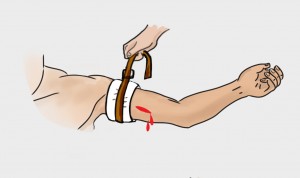 Teaching security personnel how to stop hemorrhaging using a tourniquet can be done in a relatively short amount of time. Applying a tourniquet is relatively simple. First establish that a tourniquet is needed by assessing the severity of the wound. Partial or full amputation, arterial blood squirting, or bleeding that is not slowed or stopped by applying direct pressure are all examples of wounds that will need a tourniquet. From here place the tourniquet as high on the extremity as possible and begin applying. Each tourniquet has a different application process. Some use a windlass to create pressure, others wrap around the arm or leg like a bungee cord. Once the bleeding has stopped, secure the tourniquet and mark the time of application in a highly visible location such as the forehead or tourniquet itself.

Clearly there are benefits to training tourniquet use, but there are also possible drawbacks. The first hurdle to training tourniquet use is the initial cost of training and purchase of tourniquets. However, agencies can provide training and equipment at relatively low cost. Classes such as National Association of Emergency Medical Technicians’ (NAEMT) Bleeding Control for the Injured (B-Con) class can be taught by qualified EMS staff at relatively nominal cost. The cost of purchasing tourniquets has decreased thanks to advances in combat medicine, which has helped produce more effective tourniquets at lower prices, between $15 and $30. In the end, the cost to train and equip security officers with tourniquets is negligible, considering that the investment could help save a life.

There have also been arguments about the overuse of tourniquets and damage done by applying them when they are not needed. However, there is growing evidence that tourniquets are effective the majority of the time. Research has shown that in cases where tourniquets were applied less than 2 percent resulted in limb morbidity (transit nerve palsy).

Finally, there are some legal concerns surrounding the use of tourniquets. To address these liability issues, security firms should implement similar policies and guidelines as they do for officers who apply other basic lifesaving skills like CPR.

Security is often caught trying to catch up to law enforcement when it comes to techniques, policy, and gear. As police agencies across the country move to equip their officers with tourniquets, security firms should be looking to do the same for its officers. 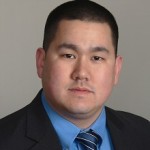 About the Author: Travis Naito is a student at American Military University earning his bachelor’s degree in criminal justice. He currently has an associate’s degree in criminal justice. He works as a lead security officer for Carolinas HealthCare System. He also served in the Marine Corps for five years, where he was first exposed to the use of emergency tourniquets.