What You Don’t Know About Sovereign Citizens Can Hurt You

There is a threat in the United States, often hiding in the shadows, pushing the fringes of what is legal and what is not. This threat bears the name “sovereign citizens.” Yet in popular news and media, that term is hardly mentioned. More often, the everyday citizen hears about gangs and extremist groups such as the Bloods, Crips, outlaw motorcycle gangs, MS-13, Ku Klux Klan, and various other white supremacist sects. For the most part, gangs are more well-known because they are historically violent and organized.

Sovereign citizens, on the other hand, are usually groups of family members or close friends who share anti-government beliefs. They are rarely connected with other groups from different areas—in other words, they are generally unorganized. Typically, sovereign citizens do not consider themselves part of the United States, and therefore believe they are not subjected to paying taxes or adhering to most laws.

[Related: How Correctional Officers Can Identify Sovereign Citizens in the Law Library]

So, what makes sovereign citizens dangerous? Why should the American people and law enforcement take notice of their presence? In simple terms, the answer to that question is—because what you don’t know, CAN hurt you.

Why Are Sovereign Citizens Dangerous?

Sovereign citizens are often known by the moniker “paper terrorists,” because they are infamous for using fraudulent currency and filing multitudes of frivolous liens and lawsuits. They often do so using authentic-looking court documents (summons, affidavits, etc.) and target just about anyone, particularly public officials and law enforcement officers they feel have wronged them in some way.

While their moniker of “paper terrorists” does hold true, many sovereigns take their radical beliefs a step further and commit violent acts against law enforcement. About 24 years ago, Michael Hill—a man who identified as a sovereign citizen in Ohio—pulled a gun on a police officer in what, at first, seemed like a routine traffic stop. This particular incident resulted in Hill being fatally shot by the officer.

Just two years after the incident with Hill, a sovereign named Carl Drega shot and killed two officers and two civilians in New Hampshire. He then injured two other officers and committed suicide. In 2010, father and son duo Jerry and Joseph Kane were stopped by two officers while running drug interdiction on an interstate in West Memphis, Arkansas. Unbeknownst to the officers, the Kanes were sovereign citizens and they had multiple firearms in their vehicle. Sadly, neither officer made it back home to their families that day.

Sovereign citizens, whether the violent type or run-of-the-mill “paper terrorists,” are a dangerous burden to law enforcement and to the court system. From 2012 to 2013, the Treasury Inspector General estimated there were around 7,000 fraudulent Original Issue Discount (OID) filings, predominately from sovereigns. In 2018, the State of New Jersey reported that three out of six ideologically motivated attacks nationwide were the work of sovereign citizens. Their ideology sets the tone for who they pose the most danger to. They see the United States as a corrupt “corporation” and a “war machine,” and they perceive most law enforcement officers and public officials as actors in the corrupt corporation.

What More Needs to Be Done

Did you know that almost every state has a designated gang investigator association to train law enforcement on recognizing gangs and prosecuting them? Gangs permeate society, they are violent, and their methods are widely taught to officers. The spotlight has not been as bright on the topic of sovereign citizens, but that needs to change.

Despite several LEOKA incidents and varying amounts of fraudulent paperwork filed, the justice system still has no formalized laws, penalty enhancements, nor standardized training on sovereign citizens. This is apparent as only eight of the 20 surveyed agencies flag locations in their computer-aided dispatch (CAD) or records management system (RMS) to alert law enforcement officers who respond to calls at addresses of sovereign citizens.

It is imperative that law enforcement agencies across the country recognize sovereign citizens and their propensity for violence so they can take steps to keep themselves and communities safe. For more information about the beliefs of sovereign citizens, how to interact with them, and what indicators to look for when conducting traffic stops, you may view my graduate research document entitled Sovereign Citizens: From Education to Encounter. 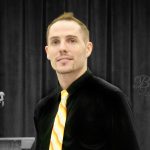 About the Author: Tommy L. Smith is a Senior Criminal Intelligence Analyst with the Leon County (FL) Sheriff’s Office where he specializes in Geographic Information Systems (GIS), crime mapping, and Sovereign Citizen identification and monitoring. Collectively, Tommy has 12 years of experience in the criminal justice arena—five in emergency communications and another seven in crime analysis/intelligence analysis. He has a Master’s Degree in Homeland Security and a Bachelor’s Degree in Criminal Justice (both with honors), both from American Military University (AMU) and currently serves as an AMU Ambassador. His master’s thesis, “Sovereign Citizens: The Concern,” passed with distinction. He is a graduate of the Florida Law Enforcement Analyst Academy and currently holds the following certifications: Certified Law Enforcement Analyst, Gang Specialist, and Outlaw Motorcycle Gang Specialist. Tommy designs websites in his spare time and continues to further the brand of the crime/intelligence analyst by serving on the executive board of the Florida Crime & Intelligence Analyst Association (a non-profit dedicated to educating analysts and revolutionizing their presence in law enforcement).