The Space Race: Then and Now

The Cold War was a globe-spanning war of ideas and ideals between the United States and the Soviet Union. Consisting of conflicts on the Korean Peninsula, Southeast Asia and wide-ranging spy operations, perhaps its most dramatic battlefield was set against the backdrop of space.

Space Race Began as Competition between US and Russia

The Space Race can be defined as a rivalry between the two great superpowers as they competed for a series of “firsts” outside of the Earth’s atmosphere.

The next year, President Eisenhower would create the National Aeronautics and Space Administration (NASA) as well as two services dedicated to exploiting space’s military potential. The first was managed by the U.S. Air Force and the second, kept secret until the 1990s, was called the National Reconnaissance Office.

Over the next several years, the Soviet Union would continue to score several firsts, including the first human in orbit, Yuri Gagarin, and the first country to hit the moon with a space probe, named Luna 2.

By 1961, the young President Kennedy would play a major role in energizing the nation on space exploration. The first was Kennedy’s address to Congress in May in which he called for Americans on the moon before the end of the decade. Known today as his “Moon Shot” speech, it is eclipsed by his September 1962 Rice University speech in which he said:

A year after John F. Kennedy’s assassination, NASA’s budget doubled. The U.S. would finally pull ahead in 1968 with Apollo 8, which represented the first manned orbit of the moon. Finally, on July 20, 1969, American astronaut Neil Armstrong would become the first human to set foot on the moon, effectively ending the Space Race.

Ultimately, Kennedy saw space not as a competition, but as an arena for cooperation among nations and a frontier that could act as a unifier of sorts. In fact, during a speech Kennedy gave to the assembled parties at the United Nations in 1963, he proposed a joint U.S.-Soviet expedition to the moon. “Why,” he asked the audience, “therefore, should man’s first flight to the moon be a matter of national competition?”

Both the Soviet Union and many Americans were taken completely by surprise at Kennedy’s proposal. After all, the Space Race had been a major centerpiece of Kennedy’s administration. Two months later, Kennedy would be struck down in Dallas, and with him any idea of cooperation with the Soviet Union. 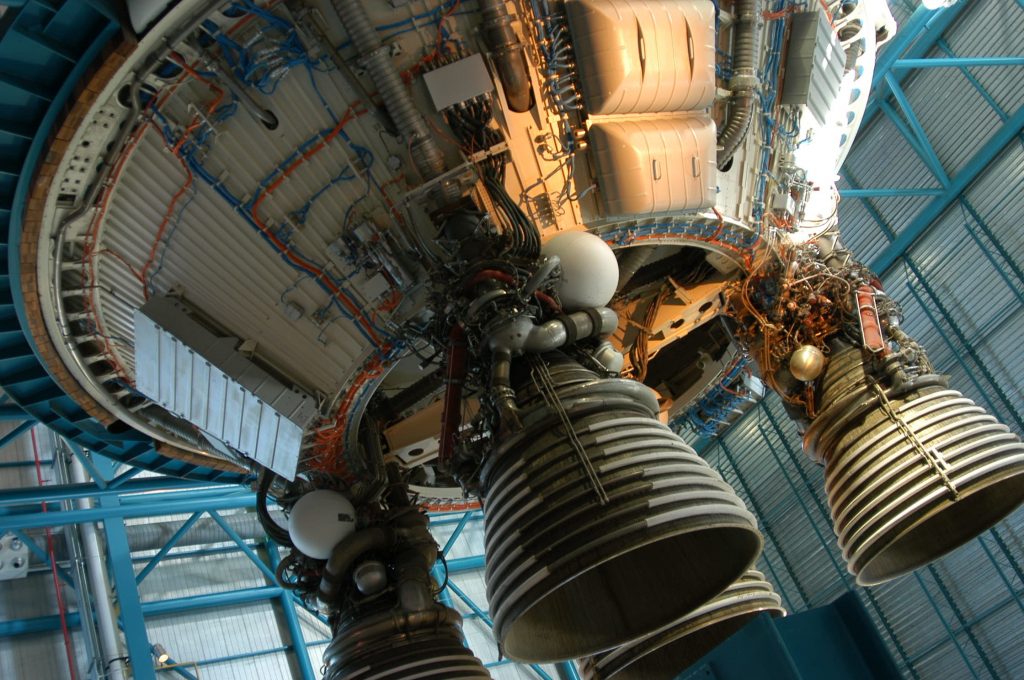 No longer a two-nation competition, today space is a complicated frontier with no less than 13 countries that have built rockets and launched them into orbit.

Despite a relatively long peace of stability and cooperation in space, regional powers like Russia and China are spending vast resources to attain greater military control of space.

In recent years, the U.S. Air Force has been keeping a close eye on “satellite killers” deployed by both the Russian and Chinese governments. Able to move outside of their orbit, both countries now have the capability to kamikaze other satellites or even grab them and move them out of mission.

In addition, multiple countries around the world are testing lasers that can reach space, according to recent reporting by CNN.

The United States relies heavily on its fleet of satellites for everything from navigation to communication and surveillance.

The strategic threats posed by America’s competitors prompted U.S. President Donald Trump in December of 2018 to sign a memorandum regarding the establishment of a United States Space Command which would act as a functional Unified Combatant Command. This would effectively remove responsibility for space operations from its current owners, the U.S. Air Force and the U.S. Strategic Command, and give them to a yet to be established independent fifth branch of the military.

To be clear, peaceful cooperation between nations for numerous ongoing scientific and exploration missions are still progressing at a brisk pace with new discoveries reported seemingly every week. Partnerships between NASA, the European Space Agency (ESA) and the China National Space Administration (CNSA) have resulted in recent advancements to knowledge in the field of space science.

In addition, dozens of private space exploration companies have been gaining momentum in what was once a field that was economically restricted to nation-states.

Technology has proven to be the great equalizer among both nations and private companies. Today, the Space Race is a crowded competition with interest in space studies at an all-time high.

Are you interested in a career in the dynamic field of space exploration?