Police Are Missing Millions of Cases of Elder Abuse: How to Recognize the Signs

It is estimated that between 1.5 and 2 million older adults are abused every year, however, only 1 in 24 cases are reported. This means that law enforcement is missing or overlooking a lot of cases, said Tim Hardiman, a 23-year veteran of the NYPD. It is imperative that officers know the signs of elder abuse and take the time to investigate suspected cases.

What is Elder Abuse? 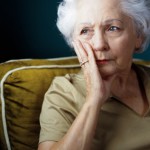 Elder abuse is any form of mistreatment that results in harm or loss to an older person, said Joy Solomon, director and managing attorney at The Harry and Jeanette Weinberg Center for Elder Abuse Prevention. Older adults often endure years of abuse and, on average, an older victim suffers for 10 years before coming forward about abuse. This is because the abuse almost always involves a person an elderly person trusts or loves, very similar to cases of domestic violence. In 90 percent of cases, a family member is the abuser.

Forms of Elder Abuse
Here are some of the more prominent types of abuse:

There is a strong similarity between elder abuse and domestic violence. In both cases, victims are hesitant to press charges or go through with prosecution because they feel dependent on the perpetrator, said Hardiman.

Don’t Forget the Rights of Older Adults
of all ages have the right to make bad decisions. Older people are adults with decision-making capacity and they have the right to exercise free choice, even if those decisions appear to be harmful, said Solomon. They can refuse services as long as their decision has a sound basis in reality and they fully understand the consequences.

However, if a person’s capacity is questionable, it is important for police officers to contact experts to evaluate and determine the person’s ability to make sound decisions. Officers can reach out to government adult protective services, medical professionals, geriatric psychiatrists, community agencies, and victim support groups for assistance.