Lone Wolves: Are They Really Alone in the Radicalization Process?

The term “lone wolf” is often used to describe individuals who act alone to commit terrorist acts. Lone wolf attacks are often motivated by political, religious, and/or ideological reasoning. But, are these individuals really acting alone?

How Alone Are Lone Wolves? 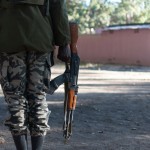 Human beings, like many other animals, are instinctually pack animals. They typically learn with other humans in group settings. In the technology age, it is no longer necessary for individuals to be physically in a group setting. Rather, the Internet can provide potential terrorists with access to like-minded individuals who can provide the virtual encouragement needed for the radicalization process.

Close analysis of known lone wolf terrorists has shown that these individuals often have some level of contact with members of a terrorist organization. Often that contact is with a command and control structure via the Internet.

Terrorism and the Internet
In my 2013 study, Law Enforcement Perspectives of Factors That May Lead to Radicalization, law enforcement respondents argued that the Internet is the primary tool for terrorist groups to recruit individuals. Through the Internet, extremist groups can use propaganda to expose individuals to brainwashing, provide a sanctuary for increased isolation from mainstream society, and provide a learning platform to share information on potential targets.

Lone wolves may radicalize within an Internet chatroom group that offers the emotional support and security that human beings often seek. Wanting to belong is considered a basic human need and is an important element of security and acceptance as evidenced in Maslow’s Hierarchy of Needs. Individuals working and researching in the disciplines of criminal justice and homeland security must understand these needs and apply them to better understand lone wolf radicalization.

The three needs most relevant to lone wolf analysis are belongingness, esteem, and self-actualization. Maslow stated that people are motivated to achieve certain needs and when one need is fulfilled a person seeks to fulfill the next one.

Belongingness
According to Maslow, belongingness includes love and having roots that include family and friends. If there is a lack of love and affection from the immediate family and/or if there is significant family dysfunction, individuals will seek affection and love from other sources. Rex Hudson argued belonging to a group can provide moral support, family, and a purpose in life.

The most susceptible individuals are those who do not have such love and have a strong desire to become part of a family or group. As it relates to lone wolves, such desire for love and affection can be satisfied through an Internet chatroom with like-minded individuals and the possibility of becoming part of a group.

Esteem
Esteem is when human beings search for acceptance, prestige, and achievement. Often times, individuals within the radicalization process are looking for a purpose in his or her life and are at a crossroads. By becoming part of an extremist chatroom they are given a new role, a new outlook on life, and a pathway to what they perceive as leading to success and prestige.

Self-Actualization
Self-actualization is the need fulfilled when the lone wolf “becomes everything that one is capable of becoming.” Self-actualization would fall into the phase of the radicalization process when an individual uses his or her capability to commit a terrorist activity.

Reshaping our Approach to Lone Wolves
There is considerable evidence that lone wolf terrorists rarely act alone, particularly through the radicalization process. The human instinct to act as pack animals coupled with the desire to fulfill basic needs of belonging and acceptance strongly suggests that such terrorists need the support of others.

There must be further research and analysis done in order to understand how the lack of these basic needs may be contributing to the radicalization of lone wolves in the United States. With a greater understanding of this phenomenon we can provide more inclusive counter-radicalization strategies to prevent individuals from becoming radicalized to commit terrorism within the United States. 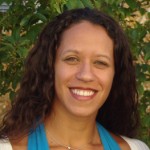 The Netanyahu Trial and Its Major Impact on Israel’s Future

Is a Third Civil War Inevitable in Lebanon’s Future?