As police officers, we talk to people every day. But how well do we listen? At work officers deal with complainants, witnesses, suspects, people involved in car accidents, and aided cases. Off-duty we interact with family, friends, neighbors, and the PTA. Listening better can improve our performance at work and the quality of relationships at home.

John Kline, former Provost of Air University, identified several problems with listening in his book, Listening Effectively. He explains that because things are repeated so often, we feel no urgency to really listen to information at any one time. Parents, teachers, spouses, and advertisements deliver the same messages over and over. We have become conditioned to believe that we will listen the next time they say it.

In his TED Talk, “5 Ways to Listen Better,” Julian Treasure identifies a related problem – the fact that so much of what is said is recorded. He traces this problem back to the beginning of writing but claims it has been exacerbated by our many devices that make audio and video recordings. Our reliance on these mean that we don’t expend the energy to really listen at the time someone is speaking.

Another problem Klein identified is we concentrate on our response rather than what the speaker is saying. In a Psychology Today article, Caren Osten Gerszberg asks: “Are you really listening, or just waiting to talk?” She claims that while we think we are listening we are often just “considering how to jump in and tell our own story, offer advice or even make a judgement.” For example, if we are thinking ahead to what we’re going to ask next in an interview, we could miss a valuable piece of information.

Klein also identified that we are liable to “hear what we expect to hear rather than what is actually said.” This can adversely affect an investigation when instead of really paying attention to what a subject is saying, you hear the answer you have become accustomed to. For example, you could miss a subject’s confession to a crime because you are expecting to hear more denials.

Klein writes that talking when we should be listening is another roadblock to communication. This can involve unnecessarily jumping in with a response when the speaker is not finished, or cutting them off mid-sentence. When we are talking we are not gaining information.

In her class on detecting deception, Janine Diver uses the acronym “WAIT” – Why Am I Talking – to help investigators keep from talking when they should be listening.

If a police officer is so busy telling people what to do, he may not hear valuable information regarding the incident he is policing. Police officers like to, and often need to, take charge but they should be willing to accept information from other people too.

There are other concrete techniques that investigators can use to listen better and obtain more information from their interviews. Active listening skills are a key component of both law enforcement and non-law enforcement activities. They are talked about in texts and classes for topics as diverse as crisis negotiation to sales to leadership. Gerzberg claims that active listening “improves our relationships by promoting trust, reducing conflict, and increasing our ability to motivate and inspire those with whom we’re communicating.”

There are eight aspects of active listening. They are:

A shorthand way of remembering some of these techniques was explained by Julian Treasure in his TED Talk. The acronym is RASA, which means essence in Sanskrit, stands for Receive, Appreciate, Summarize, and Ask.

The value of active listening skills isn’t restricted to law enforcement. They also apply to people who work in business. Sue Shellenbarger wrote an article in the Wall Street Journal on improving listening skills. In it she made these points:

These active listening techniques are easy to implement – anyone can use them. They will help you gather more information during a criminal investigation and can also help you communicate in your personal relationships. Who knows? If you really listen, maybe your loved ones won’t have to tell you “one more time.” 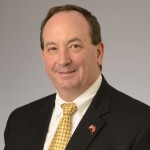 About the Author: Tim Hardiman is a 23-year veteran of the NYPD. He retired as an Inspector serving as the Commanding Officer of the 47th Precinct in the Bronx. Hardiman has extensive investigative experience having served as the Commanding Officer of the 71 St. Detective Squad in Crown Heights, Brooklyn and the Brooklyn Special Victims Squad. He is currently an Associate Vice President in Business Development for Law Enforcement Outreach team at American Military University. He can be reached at IPSauthor@apus.edu.