This article is part of a series focusing on individuals who dedicate their careers to serving the public in honor of Public Service Recognition Week. 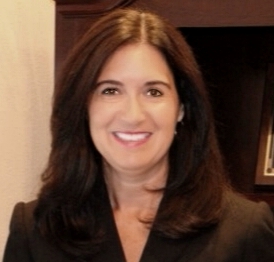 Dena Weiss has worked in law enforcement for the past 25 years, specializing in crime scene investigation. She is currently a crime scene technician and latent print examiner for the Lakeland Police Department in Florida. Previously, she was a forensic serologist for the Florida Department of Law Enforcement.

She has undergraduate degrees in chemistry and sociology, a master’s degree in forensic science, and a Ph.D. in business administration with an emphasis in criminal justice. Dena is also a full-time faculty member in the criminal justice program at American Military University, teaching undergraduate classes.

We asked Dena why she chose a career in public service and how her work as a crime scene investigator helps others.

What inspired you to pursue a criminal justice career in forensic science?

I always loved science, but after graduating from high school, I did not want to enter the medical field. Research appealed to me, but when I attended a seminar on forensics during my freshman year in college, I immediately knew applying scientific techniques to crime solving was my niche.

What do you wish you knew before going into forensic science?

I wish I’d known how often I would testify in court. Testifying in cases is a challenging part of the job that most people do not consider when entering the forensics field.

Testifying can be extremely stressful, and lawyers are intimidating as they try to discredit the evidence and the investigator. To better prepare myself, I would have taken a public speaking course or two.

What is the most satisfying and/or enjoyable aspect of your career?

Although I have experience in many forensic disciplines (hair analysis, DNA analysis, and fracture match analysis), I most enjoy the thrill of identifying fingerprints. Most people think fingerprint cases are solved by using databases in a forensic lab, but this could not be further from the truth. Databases are just a tool to assist in developing suspects.

Is there a moment or incident that you reflect upon fondly as being highly representative of why you pursued this career in the first place?

I recently testified in a Daubert hearing, which is a pretrial assessment where the judge determines whether an expert used valid methodology that has been scientifically tested. This particular case involved the robbery and assault of an elderly victim. The only evidence in the case was a palm print found on the outside of a refrigerator, which had been moved to block a back room where the injured victim was left after the assault. I identified the palm print as originating from the suspect, who had recently been released from prison.

The defense called a Daubert hearing to argue the reliability of the science of fingerprint analysis in an effort to throw out my testimony. After several depositions and grueling hours of testimony, the state won the Daubert hearing.

The fingerprint evidence was used for the trial, which resulted in the suspect receiving 25 years in prison. Seeing the relief on the elderly woman’s face after the suspect’s sentencing was heartwarming.

What impact does your work have on American citizens?

Crime scene investigation is not a high-paying job and it certainly is not as glamorous as what is shown on television. Attending autopsies, being on call at all hours of the night and investigating horrific criminal acts are not job responsibilities that everyone desires.

Those of us who have a passion for the forensic investigation aspect of criminal justice are drawn to the job because we want to help the victims and their families find closure. We want to help them find some satisfaction in knowing that whoever committed a crime against them is being held accountable.

What advice would you give others pursuing a similar career?

First and foremost, you must be able to write. From the minute you arrive at a crime scene, you are documenting what you see, hear, smell and feel.

After the crime scene investigation is complete, these notes and other conclusions from evidence analysis must be brought together in a comprehensive, well-written police report. That report is read not only by law enforcement administration, but by attorneys and judges in the court system.

Secondly, read every current scholarly source you can on the technology used in the field today to determine if this is truly a path you want to take. Visit law enforcement agencies and attend citizen police academy events, go on ride-a-longs and ask if job shadowing is permitted. If you think you may have a queasy stomach, contact the medical examiner’s office and request to attend an autopsy to see what your reaction is to the sights and smells of the morgue.

To learn more about Dena’s profession and the technology involved in forensic science investigations, please read her latest articles: