Editor’s Note: This article, written by AMU faculty member Christopher McFarlin, was recently featured in the March issue of Police Magazine. Below is an excerpt of his article.

Law enforcement’s use of electronic control devices (ECDs) such as TASERs continues to garner public accusations of excessive and unnecessary use. Cases like the 2012 death of Phillip Coleman, who was reportedly tased multiple times by Chicago police while in custody and later died (although the official cause of death is an allergic reaction to medication), have sparked public outcries over the excessive use of ECDs by police.

It’s hard to find agreement on when TASERS should be used. Police agencies, courts, community members, social activists, and civil rights attorneys disagree about the appropriate use of these devices.

And a recent decision by the U.S. Court of Appeals for the Fourth Circuit, which applies to five states—Maryland, Virginia, West Virginia, North Carolina, and South Carolina—may further muddy the law on ECD use as well as the qualified immunity of police officers. It emphasizes the use of TASERs as tools for protection, not for compelling compliance.

On Jan. 11, the Fourth Circuit Court of Appeals handed down its decision in the case Estate of Armstrong v. Village of Pinehurst. In this case, three Pinehurst, North Carolina police officers were sent to take Ronald Armstrong into custody on an involuntary commitment order. Armstrong was a mentally ill individual who had been a danger to himself but no one else.

The officers found Armstrong on the side of a road where he was eating grass and displaying other erratic behavior. Officers attempted to take Armstrong into custody but he was able to grab onto a nearby pole and resist arrest. It is undisputed by his estate that he kicked one of the officers while resisting and was not complying with commands to submit to arrest. However, he was never deemed to be dangerous to others nor attacking the officers.

Officers, along with help from nearby security guards, were eventually able to place Armstrong in restraints. This was not before one of the officers “drive stunned” Armstrong several times. This use of a TASER was—according to Armstrong’s attorneys—an unconstitutional seizure violating the Fourth Amendment. The estate’s argument relied on the fact that the ECD was used solely to gain compliance and not protect anyone stating, “Armstrong was only offering stationary and non-violent resistance.”

The Fourth Circuit ruled that the officers had qualified immunity from prosecution because they were acting as public officials. But the reason they had qualified immunity was not that they did the right thing. Rather, the court found them safe from prosecution because they did not have sufficiently clear guidance about how ECDs should have been used (or not used) in this situation.

While ruling the officers did not have proper guidance, the court proceeded to provide that guidance for the future.

The court stated, “TASERs may only be deployed when a police officer is confronted with an exigency that creates an immediate safety risk and that is reasonably likely to be cured by using the TASER.”

What the Ruling on TASERs Means for Police

During the trial, the plaintiff’s attorney stated: “This solidifies what everyone in the public thinks should be happening: When you are unarmed and no threat, you should not be subject to force.”

However, to police officers, the outcome of this case means something entirely different. Officers may interpret this ruling to mean that when someone resists a lawful arrest, command, or court order, officers are expected to stand by and do nothing but try to talk a subject into compliance or wait until the situation has escalated to the point of immediate danger and risk of life or safety.

More problematic, despite the Fourth Circuit’s ruling, there is no agreement on what should happen when an officer uses an ECD and whether or not the use of an ECD entitles an officer to qualified immunity.

Read the full article from Police Magazine to learn more about qualified immunity precedents, policy and training concerns, and more. 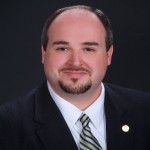 About the Author: Professor Christopher L. McFarlin has more than 15 years of experience across all components of the criminal justice system, from serving as a detention and law enforcement officer to being a state prosecutor, criminal defense attorney, and judge. He currently serves as a faculty member with American Public University System’s School of Security and Global Studies. He serves as a reserve patrolman for a municipal police department. He holds active commissions as a reserve law enforcement officer and Summary Court Magistrate for the State of South Carolina. He currently serves as the Director of Criminal Justice for a college in South Carolina, in addition to serving as an adjunct professor for other prominent universities and colleges. In addition, he serves as a subject matter expert and guest speaker on a variety of topic pertaining to the criminal justice system. He received his double B.A. in Criminology and Sociology from Arkansas State University, a double M.S. in Criminal Justice and Criminology from Indiana State University, and his Juris Doctorate from Texas Southern University. His professional associations include the American Bar Association, Arkansas Bar Association, Academy of Criminal Justice Sciences, South Carolina Law Enforcement Officers Association, the Southern States Police Benevolent Association, and the South Carolina Summary Court Judges Association. For more information on the development of a reserve unit you can contact him at Christopher.McFarlin73(at)mycampus.apus.edu.