An Officer’s Experience: Police Training to Reduce Use of Force Cases

Editor’s Note: This article is the first in a series of pieces showcasing the personal experience of veteran police officers.

In my 20-year police career, I [Bell] never discharged my weapon in the line of duty. However, there were several situations where I had legal justification to use a firearm, but, fortunately, my police training helped me find an alternative way to de-escalate the situation.

One such situation occurred when I was a young officer in the early 1980s. The call was to break up a high school fight. When I arrived at the scene, I pushed my way through a crowd of kids just in time to see one kid running away. When he got about 50 yards away, he turned around and came back to fight. I heard someone yell, “He’s got a knife.” As the 17-year-old got within about 30 yards, I could see a big butcher knife in his hand. He was now in a full sprint toward me.

When he was about 15 yards away, he started to raise the butcher knife. I still had my side-handle baton in my right hand. I dropped the baton on the ground and drew my weapon. I raised my weapon, formed a good sight picture on the kid’s chest and started to pull the trigger. I thought I would cam the gun until the hammer fell. Camming is the ability to squeeze the trigger on a revolver and knowing the point where the hammer will fall striking the firing pin.

As I squeezed the trigger, my vision narrowed, sound was muffled and it seemed like time played in slow motion. Out of my peripheral vision, I caught a glimpse of another kid holding my side-handle baton challenging the kid with the knife to fight. Suddenly, things seemed different. In an instant, I realized the kid with the knife was not trying to stab me, he was going after the other kid. I realized I could still take control of this without shooting, but I had to act quickly.

I holstered my revolver. Instantly, I was back in real time. I grabbed my baton away from the one kid and as I did the kid with the knife stopped dead (figuratively) in his tracks about five yards away. I looked at the kid with the knife and said, “Drop the knife.” The kid threw the knife on the ground and ran in the opposite direction. Both kids were eventually apprehended and charged with disorderly conduct.

In those days, appropriate “less than lethal” weapon choices did not exist. The side-handle baton usually fell off your belt every time you ran and CS gas was seldom, if ever, used because innocent people nearby were often hit with the overspray. It wouldn’t be until the late ’80s and ’90s when tools like the Taser, pepper spray and beanbag rounds came into play. Even then, not every officer had them.

The Importance of Combat Police Training

The only thing that stopped me from shooting that day was the combat police training I received as a young officer. Combat training is being aware of and understanding your environment and taking action based on changes to the situation. No advancements in technology or new less-than-lethal weapons will ever replace the value of combat training in teaching officers to recognize the threat and take the appropriate action. It is often the lack of proper police training and the lack of reality-based training that leads to escalation of force and unnecessary death.

Police departments across our nation spend a great deal of time and effort training their personnel to recognize when deadly force is authorized and legal. This is the proper thing to do, since departments and their employing municipalities are civilly liable for the actions of their officers. However, police departments should not stop there. In addition to honing firearms skills, marksmanship, and “shoot/don’t shoot” scenarios, additional police training should be considered.

Most shooting situations escalate from some other type of call for service, but many departments have little total incident training. Except for initial firearms training of officers, firearms/weapons training in isolation can be counterproductive for police. 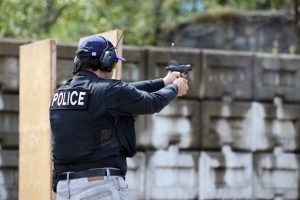 Officers go to the range to shoot. They go to shoot/don’t shoot training to shoot. For instance, our original “edge weapons” training which included learning the “21-foot rule” left me feeling as though I must shoot or be stabbed. If officers were never taught alternatives to shooting, you can see why they would feel that shooting was their only option.

Total incident training can assist the officer to assess the totality of the situation and provide alternate methods to de-escalate a perceived or actual threat. Rather than merely relying on instinct, officers are trained to think for themselves. Officers should ask themselves, “What is really going on here?”

I can only remember attending one police training scenario when we were not supposed to shoot. The suspicious call involved a kid standing with his back to the officer who does not respond to commands. He puts his hands in his pocket and finally turns around quickly, pulling something out of his pocket. Fearing a weapon, officers often shoot (also because they’re at shooting training). In his hand is a card that says, “I am a deaf-mute.”

Progressive police departments that include total incident training as part of their firearms training often find themselves in a better light after an officer-involved shooting. Which sounds better? “The officer was legally authorized to use deadly force” or “The officer assessed the totality of the situation and was forced to shoot the aggressor to stop the deadly action.”

Police officers are often required to make the decision to shoot in a split second. But as the knife incident above illustrates, situations do arise when an officer has time to consider other methods to resolve the conflict.

During officer training, there are only brief discussions about the changing dynamics of a combat situation. In shoot/don’t shoot training, discussions involve whether officers have the legal authority to shoot. Once it is deemed they have a green light to shoot, alternatives are seldom, if ever, discussed. Training programs must address alternatives to assist the officer during the decision-making process about whether or not to use deadly force.

Making such a decision involves in-depth training and role-playing scenarios. Police officers are paid to risk their lives, but they certainly should not be expected to take a bullet due to slow decision making. This article does not suggest that a police officer should always consider a less-than-lethal alternative in every situation.

In the knife situation outlined above, the officer would have been justified shooting the youngster. Hold on! The police officer admitted the kid wasn’t trying to stab him; he was attempting to use the butcher knife on the other kid. That’s true, but the officer has the responsibility to protect all lives. That includes the officer’s life and the other kid’s life, as well as the aggressor’s life.

Firearms training should include real-life situations such as the knife and deaf-mute incidents mentioned above like this to promote discussions. Officers should place themselves in these situations and think about alternative ways to resolve the threat, but only if the incident allows for ample time. Input by the firearms training staff is imperative, but officers should be encouraged to brainstorm alternative methods and actions.

Any police department, no matter how small, should have no problem identifying real-life scenarios for training and discussion. Caution should be taken, however, to avoid incidents under investigation or review. Additionally, no officer should be ridiculed or otherwise made to feel he acted improperly after using deadly force. Only the officer(s) involved in the incident were there and as long as their actions were deemed legal, their decision as to how to handle it should never be questioned by their peers.

In summary, if a police officer is justified in using deadly force, the officer should never risk his life or jeopardize the safety of others by being reluctant to do so. However, if time permits during an incident, it is important that officers seek out alternative less-than-lethal methods to help preserve life.

A word about transparency is in order. We constantly hear the public critique police shootings with such ridiculous statements such as: “The cop didn’t have to kill him. He could have just shot him in the leg or something.” Or: “He was only a boy, he had his whole life ahead of him.” News flash! Police officers are not trained to kill people. They are trained to neutralize a person’s aggressive acts. Officers are trained to shoot at the torso, the large body mass, because it’s the easiest part of the body to hit. This isn’t target shooting, folks.

Therefore, in addition to training police personnel, police departments would do well to train their communities. A “Citizen’s Police Academy” is, in my opinion, one of the best ways of teaching the public why police officers respond the way they do. I have spoken with many citizens who have completed training offered by police departments and every one was positively enlightened by what he or she learned.

[Related: Excessive or Necessary? Educating the Public and Officers on Proper Use of Force]

There are two basic schools of thought concerning firearms police training and police-involved shootings. The primary goal of police administrations is to prevent and/or reduce liability. The officers’ major goal is to protect the citizens they serve and to come home to their families safe each night. Police departments do not have to take sides or settle for one goal or the other. Both can be achieved with appropriate and consistent police training.

In our next article, we will explore how police training is often one-sided and focused on “good shooting” and not a “good outcome.” We will evaluate some old and new police training including: justification for shooting (fear of death and immediate danger), the 21-foot rule and training with dash camera videos of real-life incidents.

If you like our articles, stay tuned for the release of our book, “Cops of Acadia.” This fiction book is based on true police stories by veteran officers. 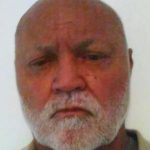