Recently, the Zika virus has been on the forefront of public health concerns in the United States. The virus is believed to be primarily transmitted from the bite from an infected Aedes species of mosquito. While the U.S. Centers for Disease Control and Prevention (CDC) has not reported any cases of people being infected in the continental United States, as of April 6, there have been 346 confirmed cases in the U.S. from those traveling to areas with outbreaks. There have also been reported cases of persons being infected from sexual contact with a person who has the virus. 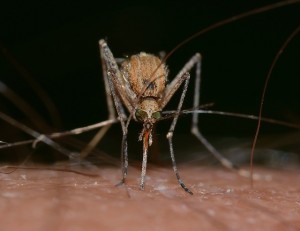 The effects of this virus are relatively mild. The CDC estimates that only one in five of those infected will present any symptoms, and those usually include fever, rash, joint pain and conjunctivitis (red eyes). They only last a few days and rarely require hospitalization.

The major concern regarding this virus is for pregnant women, as the virus has been linked to cases of microcephaly, a congenital condition that causes abnormal smallness of the head and incomplete brain development in babies. In addition, this virus is also linked to reported cases of Guillain-Barré Syndrome, which is a nerve disease that causes rapid onset of muscle weakness and damage to the nervous system.

As this virus receives more public attention and the CDC releases additional information to the general public, it is likely that healthcare centers around the country will see an increase in patient concerns regarding this virus.

It is also likely that more EMS centers will receive 911 calls from individuals with concerns that they may have contracted the virus. Emergency medical technicians (EMTs) must be prepared to appropriately and cautiously handle these calls.

As many EMTs and dispatchers know, people dial 911 for just about anything: stubbed toes, coughs that have lasted for weeks, heart attacks, shootings and stabbings. The word “emergency” can have many different meanings to people, so EMTs must always be prepared to deal with a plethora of different types of calls. While it can be frustrating to answer calls that are unlikely to be true emergencies, EMTs must always treat each situation as if it is an emergency and carefully make an assessment of the situation to ensure an appropriate response. The same goes for reports of Zika.

EMTs generally run through a list of assessment questions regarding a patient’s status and must add the possibility of Zika infection to their line of questioning. EMTs must start by determining if the patient has any of the symptoms associated with the Zika virus (the CDC has a thorough list).

It is highly possible that EMTs will also get calls of people self-reporting a Zika infection. While it remains unlikely, EMTs must remain professional and composed (even if skeptical about the self-diagnosis) and treat it as a possibility rather than dismissing the notion.

Some assessment questions emergency medical technicians may ask include:

The list here is not inclusive and, ultimately, EMTs should consult their medical director about how to question patients who may be potentially infected. Medical staff should also discuss how to properly transport such patients to the hospital and what protocols should be used.

Whether it is concerns over Zika or any other virus or disease, EMTs must always be objective when assessing a patient. It is not the job of the EMT to make diagnoses or judgements, but rather to ask thorough questions about the patient’s symptoms and condition in preparation for transferring the patient over to the emergency department.

About the Author: Allison G. S. Knox is on the faculty at American Military University. An emergency medical technician and a political scientist, Allison’s research interests are comprised of federalism and emergency management/emergency medical services policy issues. Prior to teaching, Allison worked in a level-one trauma center emergency department and for a member of Congress in Washington, D.C. She holds Master’s degrees in Emergency Management, National Security Studies and International Relations and History, as well as a graduate certificate in Homeland Security. She is working on her doctorate in Public Administration and Policy at Virginia Tech. Allison currently serves as the chapter sponsor and faculty adviser for the West Virginia Iota Chapter of Pi Gamma Mu International Honor Society, and also serves as the Chancellor of the Southeast Region on the Board of Trustees for Pi Gamma Mu International Honor Society. She advocates for issues affecting emergency medical services.