The U.S. Department of Justice announced the creation of a new office, the Domestic Terrorism Counsel, which will focus on countering homegrown extremists.

“Looking back over the past few years, it is clear that domestic terrorists and homegrown violent extremists remain a real and present danger to the United States. We recognize that, over the past few years, more people have died in this country in attacks by domestic extremists than in attacks associated with international terrorist groups,” said Assistant Attorney General John P. Carlin during his remarks at George Washington University Center for Cyber and Homeland Security. 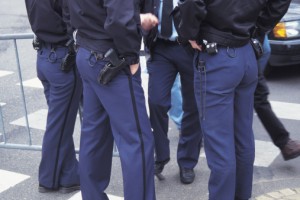 The new Domestic Terrorism (DT) Counsel will work with the existing Domestic Terrorism Executive Committee (DTEC), which aims to coordinate with local public safety officials around the country. The DT Counsel will focus on the legal aspects of prosecuting domestic terrorism cases on a federal level and help identify trends that can help law enforcement defend and prevent domestic terrorism.

Much of the responsibility to fight domestic terrorism has fallen on the shoulders of local law enforcement. After the attacks of 9/11, agencies started shifting resources and training to include identifying and combating terrorism.

“American policing now has to spend a lot of time on a new form of crime: terrorism,” said New York City police commissioner, William Bratton, at the New York State Association of Chiefs of Police conference, as reported by In Public Safety this summer. The NYPD has tactically trained and specially equipped 400 officers to react to and prevent terrorist acts. “We want to have the capability and resources to respond quickly,” he said.

But many local law enforcement agencies don’t have the funding or the resources to provide adequate terrorism training to officers, said American Military University criminal justice program director Dr. Chuck Russo. “Many agencies have a hard enough time dealing with general criminal activity; they can’t be tasked with intelligence gathering and other terrorism-related investigations,” he said. “There’s just not enough support or resources to expect local law enforcement to be able to accomplish such tasks.”

The DOJ’s creation of the domestic terrorism counsel may be another step toward determining how law enforcement fits into the fight against domestic terrorism. Thus far, the nation’s effort to curb threats posed by domestic terrorist organizations and individuals has lacked focus and a clear sense of scope, wrote AMU intelligence studies program director Dr. Nicole Drumhiller.

“I see this as a step in the right direction,” said Dr. Drumhiller. “The root of the issue here is the fact that groups and individuals in this country are causing others to live in fear and that needs to be resolved.” One important need is to create a clear and workable definition of what constitutes a domestic terrorist group, said Drumhiller. Until there is agreement about what constitutes domestic terrorism and how to classify it, the ability to coordinate and collect information on these groups will remain unclear.

Podcast: How Hotels have Fared During COVID-19