Why We Shouldn’t Underestimate the Extremist Threat from the Bundys

With today’s release of the Bundys from prison for the remainder of their federal trial, it is crucial that law enforcement and policy makers overcome the misperceptions that may be causing people to underestimate how dangerous the Bundys are, particularly Ammon.

Ammon Bundy, his father Cliven Bundy, his brother Ryan Bundy and a fourth co-defendant Ryan Payne are currently on trial, accused of conspiracy to commit an offense against the United States, assault on a federal law officer by use of a deadly and dangerous weapon, and interference with commerce by extortion and obstruction of justice. (Here’s more background on the case.)

Previously in 2014, the Bundys, along with their armed supporters, prevented the Bureau of Land Management (BLM) from rounding up Bundy cattle that were illegally grazing on federal land. This followed decades of legal wrangling to get Bundy to pay $1 million in grazing fees. Federal officials who were vastly outgunned called off the roundup in order to prevent violence.

Ammon Bundy is a good representation of the kind of extremist threat that often gets overlooked or at least grossly underestimated by many in our society. It is crucial that, whether or not the Bundys are convicted, law enforcement and policy makers acknowledge the threat they represent. Why does Ammon Bundy not engender the same forceful negative reaction as others who encourage armed takeovers?

Ammon Bundy, like his father, has promoted a folksy, albeit at times cartoonish, image of the misunderstood cowboy fighting for rural America. Unlike his father, he has avoided the major slipups like Cliven Bundy’s ridiculous comments about the “negro.”

Since Ammon Bundy decided to become the face of the Bundy fight against ‘federal encroachment’ following the 2014 standoff, he has grown a beard, started wearing flannel shirts, and deemphasized his suburban life in Phoenix as the owner of Valet Fleet Service, a fleet maintenance company. The image he now portrays seems to resonate with many in the so-called patriot movement and with some in the armed militia movement. However, it also prevents some who do not support his views from taking him very seriously. The image of the cowboy that he and some of his followers have adopted gives a sense of naiveté that he does not, in fact, possess.

When Bundy organized a second confrontation on federal land at Malheur National Wildlife Refuge in Burns, Oregon in 2016, many in law enforcement did take the threat seriously, but much of the general public found the group’s ineptitude and pleas for snacks funny rather than threatening. Watch, for instance, Stephen Colbert’s take on it.

This second confrontation gave Bundy an opportunity to spread his message beyond those who had joined the Bundys during the Bunkerville confrontation with the BLM. Even while jailed, he has continued to awaken a fervent response from those who listen to his jail house phone calls. He has also managed to raise a great deal of money for his family and for his legal bills. (Details on how much money has been raised would be almost impossible to track given a complex web of PayPal accounts, donation websites, defense funds, personal checks, and gifts.)

Bundy’s messages are wide-ranging and sometimes self-contradictory. They cover such topics as land rights, his family’s suffering, the importance of women staying home rather than working, biblical wisdom, and the supremacy of local sheriffs over any other authority. (You can listen to a typical Bundy message from prison here.)

The Bundys hold beliefs that are sometimes portrayed as a simple (or perhaps simplistic) idea of state and local rights against the federal government. Distrust or resentment of the federal government has a long history in American politics and Ammon Bundy plays on that. If that were the extent of his beliefs, he might not be such a threat. However, his views are much more fringe and damaging. His anti-government views are combined with a very particular form of patriotism and a Christian/Latter-day Saints (LDS) theocratic view that God’s will should guide the nation through the divinely inspired constitution.

Bundy argues that he is led by God in his actions. As he noted at the time of the Oregon Standoff, “I began to understand how the Lord felt about Harney County and about this country, and I clearly understood that the Lord was not pleased.”

It’s important to note that the LDS Church has disavowed Bundy’s interpretation and his actions against the federal government. As Quin Monson, a Brigham Young University political science professor, noted about Bundy’s use of Mormon scripture, “This is a very selective reading and interpretation and contrary to gobs of counsel from church leaders.” Monson has studied the LDS Church and politics and helped conduct a definitive survey of Mormon political attitudes.

Certainly, the views of the Bundys sound less threatening than other extremist views to some Americans because they are a version, no matter how extreme, of Christianity and not Islam. This should not distract from how dangerous they are.

If Ammon Bundy were just an innocent cowboy with a confused understanding of constitutional law and LDS theology, he might not be such a risk. However, he is someone with a messianic complex, a deep grudge against the federal government and a willingness to make alliances with a variety of extremists no matter how different their core beliefs may be from his own.

Who has Bundy Aligned Himself With?

Some articles have characterized the Bundys as part of the right-wing militia movement. It might be more accurate to say that he is willing to use the militia movement (and in turn be used by the militia movement) to further his goals. The disparate Bundy supporters vary from goat farmers to hardcore militia members. What they have in common is that they are tools in the Bundy self-declared war upon the federal government as embodied by the BLM.

Bundy has aligned himself at various times with anti-Muslim extremists such as Jon Ritzheimer, who has travelled cross-country to confront Muslims for practicing their faith and Blain Cooper (aka Stanly Hicks) who made one video where he “tore out pages of the Koran, wrapped them in bacon, threw them into an outdoor fire pit and then shot arrows at the Koran.”

Others with whom Bundy has aligned himself include Gregory Burleson who was sentenced to 68 years in prison for threatening a federal law enforcement officer, obstruction of justice, and interstate travel in aid of extortion. He also has ties to Bill Keebler who has been charged with detonating a bomb at a BLM facility in Arizona. His co-defendants, Ryan Payne, has bragged that during the Bunkerville standoff, “We had counter-sniper positions on their sniper positions. We had at least one guy, sometimes two guys, per BLM agent in there… If they made one wrong move, every single BLM agent in that camp would’ve died.”

It is Bundy’s belief that he has a personal God-given right to act upon his own view of the constitution regardless of whether his actions are legal. The fact that he is willing to reach out to some of the most unstable and dangerous members of our society to carry out his beliefs makes him an extremely dangerous man. The “whatever it takes” slogan that the Bundys and their supporters are using should give all in law enforcement pause. 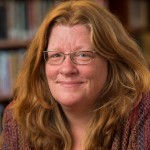 About the Author: Dr. Kate Brannum is the program director for American Public University System’s doctoral program in Global Security and has been teaching at the university level for 25 years and online for 17 years. She was twice awarded the Excellence in Teaching Award for the School of Security and Global Studies. Dr Brannum received her Ph.D. in Political Science with a concentration in international relations from the University of Massachusetts at Amherst. Her research focus is on conflict resolution and human security.