Who Gets to Have Guns in Schools – Can we Address this Issue Realistically?

Over the last several days we have heard from the President, subject-matter experts, law enforcement, a bunch of politicians and nearly everyone else in our address book about how to prevent school children from being shot in their classrooms. 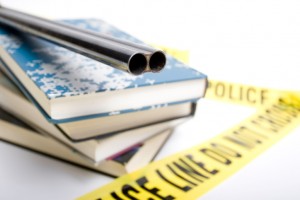 The first issue we must get our arms around is the fact that this is now a reality. Many people are still trying to comprehend how and why a human being would enter an elementary school and repeatedly shoot several bullets into these innocent children. I am indeed sorry. In my 26 years in law enforcement, I saw a lot of very bad things happen, but I never thought there could or would be such evil perpetrated as that done at Sandy Hook Elementary School in Newtown, Connecticut.

But yes, it did happen. Now, as police officers—as life-long public safety professionals—we are called upon to examine, determine and offer the best solutions for prevention. Simply stated, the country demands a realistic way to prevent a tragedy like this from reoccurring.

After weeks of discussion, the option offered and most widely accepted by the public is to hire and place armed School Resource Officers (SRO’s)/law enforcement officers (LEO’s) (here I use the term SRO and LEO interchangeable by my definition) in all of our schools. The majority of the country believes this is the most efficient way to provide immediate response to any suspicious activity. I agree – but it is NOT going to happen. Why you say? Because it is not realistic.

To put this all in perspective, we need to lay out a “basic foundation” from which we can offer viable conclusions. First, we must assess when and for how long will the SRO be on the campus/property. I think most would agree the answer is whenever there are children on the property/campus. Right? But does that include band practice after school, football practice, early-morning detention, after-school study hours, debate club, and student council meetings that all happen after school? Why not? Is that not realistic?

Can we offer a more versatile, practical and realistic approach to the hours that a SRO/LEO may be required on campus?

Let’s try rounding down our numbers. During a normal week, don’t most schools have children present in the close proximity of 40 hours a week? Given that students and teachers arrive before school and many activities take place after school, I am pretty sure it would be fair to say the SRO must be present on campus a minimum of one hour before school begins and two hours after class is dismissed.

Given today’s after-school activities, I would also call this a conservative approach. So, if my math is somewhere close to being accurate, we are looking at around 55 hours of campus coverage each week by an SRO/LEO.

Wait a minute, why does the SRO have to be in the school for two hours after school is dismissed if there are only eight students in the library working on their next debate competition? My answer – how could you not? Haven’t the perpetrators of these repeated violent acts looked first to a soft target? A target not well protected or any target that provides higher numbers of targets for him to attack? Yes, 55 hours would be a conservative post requirement. So, based on 55 hours, what does the Federal government say is the minimum number of persons it takes to man a post 55 hours a week? Rounding the numbers and remaining conservative – a 55-hour post requires a minimum of three personnel to man that post each week. This is based on a post manning factor of 5.489 personnel at a 24 hr. high risk post (IAW AFMS 43XX/1995).

The next issue we must address is the number of schools in each school district in our town, county and in our state. For example, let’s use the state of Oklahoma that is geographically located in the center of North America. Oklahoma has 603 school districts. Within those school districts are 1,831 schools. Unrealistically, we place three SRO’s in each school or a total of 5,493 SRO’s. This equates to one SRO on-duty at a time in one school regardless of the school’s size or student population for 55 hours a week. Where will these SRO’s come from and who in Oklahoma will pay a $164 million payroll at a basic $30,000 a year annual salary?

I have discussed the above mentioned “realistic” approach with a number of subject matter experts, with colleagues and with school administrators. The bottom line is that the above proposal is wholly “unrealistic.” Neither the states nor the Federal government has the finances to cover this kind of payroll individually or collectively with all 50 states. Nor do the states have existing LEO’s or SRO’s for all the schools that dot our cities and states. I have not done my own survey, but I believe it would be very accurate to suggest that in South Dakota’s Bennett, Dewey, Corson and McPherson counties it could be extremely difficult to locate three or more qualified and active sworn or retired law enforcement officers in those counties willing to accept a nine-month SRO position.

It is unrealistic to believe that we can place SRO’s in all of our schools across America. We already have them in some schools obviously. We like to think that is a very good situation. But what about those schools without SRO’s? Do they not become the soft targets discussed earlier and more likely to attack. I would presume so – and although that is just a presumption I would hate to be right!

Is there another option? Yes, there is if we slow down and consider the facts as they are presented. Who are the first to arrive and the last to leave our children’s schools? Who are in the schools every day? Who do we trust our children with each day they leave home to go to school? The best option that can be implemented almost immediately and with planned follow-on training is to allow certain school administrators and teachers (who already possess their concealed carry permit) to begin concealed carry on the campus and in the school if they so desire. They must also pass an annual in-depth background check (under $100 for the number of checks required) and annually complete an in-depth 40-hour training program taught by law enforcement.

The school districts would determine if the teachers who carry a concealed weapon shall be made known to the student body, the public and/or the parents. It would be recommended that those who are carrying a concealed weapon be kept confidential other than the number of teachers who may carry on any given school day. It is important to publicly acknowledge, however, that the school does have armed personnel on the campus and in the building. I have heard the arguments that teachers are not cops. No, they are not – but they are a professional group of people who we already entrust our children to. We may choose to give them a stipend of possibly an additional $30 a month for completing the training and volunteering to accept this duty. This issue is already being discussed in a number of state legislatures and it will become a reality in some school districts around the country.

The question that remains – are the rest of us willing to realize the threat, support and promote the safety of our children in schools and address this issue realistically?