At a dark time in U.S. history, the Trans-Atlantic slave trade was at its peak, with more than 12 million people shipped to various nations only to endure punishing labor on farms and in factories, building railroads, and more.

“Slavery was abolished 150 years ago and yet there are more people in slavery today than in any other time in our history,” said American Public University System (APUS) professor Michael Pittaro. Today, there are an estimated 21 million victims worldwide and only a small percentage of these victims are reported to authorities.

Human trafficking throughout the world is considered to be “the second largest and fastest growing criminal enterprise”—second only to the drug trade. A staggering 80 percent of trafficking victims are women or girls who are mainly used for sex.

[Related Article: Is Human Trafficking the Human Rights Issue of our Era?]

That’s why community stakeholders in West Virginia gathered to listen and learn about what they can do to help identify potential victims in their area. The event was sponsored by the Eastern Panhandle Human Exploitation and Trafficking (HEAT) task force and held at the APUS Finance building in Charles Town, WV.

Local citizens heard from anti-trafficking professionals as well as former trafficked victims about how millions of men, women, and children are “lured with false promises” of money and then “forced into prostitution or some other type of labor” often with threats that if they don’t perform their job, either they or their families could be harmed, said Pittaro.

The Severity of Human Trafficking
Human trafficking is a $32 billion industry, which is why Pittaro says “collaboration between the community and law enforcement, especially at the local level” is key to fighting this growing problem, particularly as gangs and other criminal organizations find it easy to exploit their victims for financial gain.

According to the U.S. Department of Justice, each year nearly 300,000 children in the U.S. are at risk of being

trafficked. The average age of a girl when she first starts prostituting is just 12-14 years old, and for boys it’s even younger—between 11 and 13 years old.

Attendees were also reminded that “victims are from all walks of life—they can be rich, poor, any age, race, gender or nationality,” said Pittaro. Younger victims are easily targeted on the streets, shopping malls, through social media, in clubs, or, even worse, by a trusted friend.

It is important for everyone, including law enforcement officers, medical professionals, truck drivers, airline attendants, and even correctional officers, to recognize the signs of human trafficking and to know how to report potential activities to authorities.

The HEAT event was an eye-opening experience for many of those in attendance who were unaware of the prevalence of trafficking in the local area and throughout the country. However, they left the event feeling empowered by what they heard and vowed further action to fight human trafficking in their community. 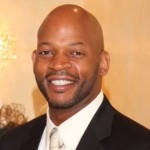 About the Author: Rob Stallworth is a former Deputy Chief Probation and Parole Officer for the Virginia Department of Corrections. His career spans more than 15 years with the department where he has served in various positions such as Gang Specialist and Academy Adjunct Instructor. Rob is currently a member of American Military University’s Public Safety Outreach Team.