What Will it Take to be Tomorrow’s Intelligence Leader?

Leadership is that ever-elusive attribute that everyone yearns for. We demand it of those in positions of authority, are frustrated when we do not see it in others, and many of us assume it’s a trait we possess. Leadership is one of the most studied, observed, and evaluated attributes, but it is also poorly understood.

Organizations, both public and private, spend an inordinate amount of time and resources devoted to developing leaders within its cadre. The private sector focuses its efforts on optimizing team building, enterprise management, and business-strategy skills. In the public arena, the military is often credited with creating our most iconic leaders—boasting perhaps the most comprehensive end-to-end system of leadership development through all levels of its ranks.

Despite the focus and attention on leadership development, many academics and practitioners assert there is a crisis of leadership, especially in our government. This is crisis is reflected in the public’s waning trust in government leadership. For example, in May 1972, Gallup polls showed that 75 percent of those polled expressed a “great deal” to “fair” amount of public confidence in political leaders to be able to deal with international problems. Similarly, 70 percent expressed generally positive views on the federal government’s handling of domestic problems.

Given that this poll was taken during the waning days of the Vietnam War and the social unrest of the late 1960s and early 1970s, these figures are impressive. Compare that to today. A Gallup poll from September 2016 resulted in 49 percent and 44 percent of people felt positively about the government’s ability to deal with international and domestic issues, respectively. While public confidence in military leadership has always been high, people today hold more pessimistic views that our nation’s leaders can adequately address our nation’s economic performance, public education systems, and a wide variety of other social issues.

How to Improve Leadership

So what can the government do to address this leadership crisis and regain the respect of the public? I recently had the opportunity and honor to attend a leadership seminar at Harvard’s Kennedy School of Government on homeland security. This seminar, facilitated by Dr. Arnold Howitt and Dr. Herman “Dutch” Leonard, included speakers and participants from a broad spectrum of U.S. government agencies and military branches.

The seminar focused on a variety of homeland security and emergency management cases, all with the purpose of addressing a key question: “What is the nature of leadership in an environment where you have low authority, but high consequence of action?” In other words, how do individuals lead when they are not necessarily “in charge” and what’s the best way for them to operate as part of a complex and stressful crisis-response environment? Throughout the week-long seminar, attendees tackled this question—and others—with much discussion and debate.

Being a Leader in the Intelligence Field

My professional background in intelligence led me to evaluate these questions from a different perspective than most others in attendance. These discussions and questions got me thinking specifically about the implications of being a leader in the U.S. intelligence community (IC). Arguably, the IC’s culture is typified by persons having low “formal” authority, but high consequences of action, or, often, profound implications from inaction.

[Related: How Intelligence has Evolved Since Able Danger]

Similar to the homeland security and emergency management community, the intelligence community must also deal with prevention. At the core of the discipline, we seek to prevent bad things from happening. As such, we need to engage in “left of boom” issues in terms of preparation for and mitigation of attacks. Indeed, the very nature of intelligence deals with “preventing the boom” in the first place. Intelligence activities must also occur in an environment that has a high degree of uncertainty and time constraints, as well as within a complex organizational culture.

So, what should leadership look like in the intelligence community? What does it look like today? First, we need to recognize that much of the leadership challenges in the intelligence community stem partially from a relationship with the political decision-maker. There are two general schools of thought on this: (1) the intelligence professional should remain detached from the decision maker and (2) they should be considered a partner with the decision-maker. Both schools of thought are applicable and both have their limitations. Many professionals believe there’s a balance between these two philosophies and those in the IC should remain objective while working in partnership with decision makers.

The second challenge of leadership is needing to clearly understand that the IC cannot maintain a status quo strategy and must evolve to meet new challenges. The international threat environment is dynamic, multifaceted and constantly evolving and leaders must be able to adapt to such rapid changes. Additionally, the power of technology is fundamentally stressing the community itself through having to manage mass collection programs and the need to revamp modern-day analytics to keep up with sifting through volumes of collected data. Lastly, the IC—by definition—must operate within a classified environment. This not only demands that leaders establish a set of values that are consistent with the nation’s democratic approach, but also that they protect the community from decision makers who seek to politicize intelligence for their own agenda.

So what should leaders in the IC look like? I propose that the answer is two-fold. Much of what we discussed during the Harvard seminar was the need for homeland security and emergency management professionals to possess core competencies. There is simply no way around meeting future and complex challenges without a modicum of professional competency. Within the homeland security and emergency management communities, these competencies include planning, mitigation, training, stakeholder integration, and communications.

This strategy applies to the IC as well. The intelligence leader of the future must have a solid and professional grounding in intelligence tradecraft. While seemingly obvious, “careerism” within large intelligence bureaucracies will have no place if the community seeks to evolve. We simply cannot “punch the ticket” to move on in pursuit of solely focusing on career advancement. Leaders must have the skills and competencies necessary to meet the dynamic threat environment and complex challenges. For the intelligence community competencies range from collection management, analysis, targeting, and planning to other skills such as team building, communication, and project and personnel management.

[Related: The 4 Core Abilities Needed for a Career in Intelligence]

In addition, tomorrow’s intelligence leader must be able to effectively operate within increasingly complex environments. Intelligence is about dealing with and assessing uncertainty—no analyst will ever know all the variables associated with an intelligence problem. Additional collection of information will not resolve all the unknowns either. The intelligence leader of the future will have to deal with increasingly more unknowns that are restricted by time constraints, lack of priority, and involve multiple threats. Leaders will need to proficiently leverage knowledge, teamwork, and organizational capacity to deal with an increasingly uncertain threat environment.

While no one claims to know all the dimensions necessary to develop tomorrow’s intelligence leader, we do need to recognize that the IC is at a crossroads. How it evolves and develops leaders to meet these future challenges is a matter of national security and should be given high priority. 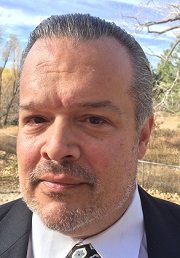 About the Author: James Burch served in the U.S. Navy for 20 years as a Naval Cryptologist. He saw duty in various expeditionary environments ranging from Latin America and Africa to more recently in Southeast Asia. He currently teaches at American Military University and focuses on intelligence collection, cyber, and signals intelligence (SIGINT) issues. He is married with five children and currently resides in Colorado Springs, Colorado.

Artemis I and the Need for Additional Space Legislation