I have spent the last 11 years as a correctional officer, working mostly with women offenders in one of the largest female prisons in the country. A few years ago, I had a debate with one of my co-workers about the meaning of a code we found in an inmate’s mail. I thought it was a gang reference, but my co-worker disagreed. This inspired me to start doing some research and I eventually took a law enforcement class on gangs. The class made me realize that I had been working in a women’s prison for years without knowing how many of the tattoos I had seen were gang tattoos.

My curiosity grew. I joined several gang investigators’ groups and soon learned that there’s a connection between gangs and human trafficking networks. Intrigued, I kept asking gang experts what they knew about human trafficking but — to my surprise — very few of them seemed to know much about it at all.

The Connection Between Gangs and Human Trafficking Networks

I decided to take another class, this time on human trafficking, and realized by the end that some of the women in the prison where I worked were likely victims of trafficking. Back at work, I started having conversations with some inmates I suspected were victims and heard story after story confirming my suspicions. Unfortunately, but again not surprisingly, many incarcerated women who are victims of sex or labor trafficking do not self-report, often because they are fearful of their traffickers who know where their kids go to school, or are the only ones who will give them a place to stay when they are released from incarceration. Since this information does not appear in their files, law enforcement and correctional officers are often unaware that these women have been trafficked and there’s no further investigation.

Discovering a Trafficking Ring within the Prison

After a few months of talking to inmates, I soon discovered there were active human trafficking networks operating inside the prison where I was working. Women were actively recruiting other prisoners on behalf of external pimps. Traffickers on the outside spend a lot of time on the websites of jails and prisons looking at mugshots of women and trying to identify who might be a good target. One website in particular, www.arrests.org, allows traffickers to look up people by state and county and view their mugshot, charges, and even tag inmates with identifiers like “hotties.” After an inmate is selected by external pimps, they will communicate to women in the jail or prison and have them recruit those women. Pimps will offer these women incentives like paying their bail or providing them a place to live “until they get on their feet” once they’re released in exchange for working for them (usually under the guise of being a stripper only once to twice in a nightclub to pay them back).

Why Intelligence Gathering Should Be a Priority within Prisons

Using some very basic investigation techniques and initiating a few conversations with inmates, I was able to glean a lot of information about crimes happening inside and outside prison walls.

I was recently introduced to a specialized software program that’s free to law enforcement and, when combined with some of the other training techniques, greatly improved my intelligence-gathering efforts. For example, human trafficking networks often advertise women in escort ads posted on the Internet. I used the new software training I learned at a recent conference to more rapidly identify women in the ads. It may be surprising to some, but traffickers often post pictures of the actual victims, making it possible for law enforcement to identify and track these victims down.

On one occasion, I was close to identifying a girl in one of these ads, so I sent her photo to an analyst I’d met. He couldn’t identify her, but he showed her picture to another investigator who immediately recognized her as a 15-year-old runaway. We were also able to figure out the she was being sold in locations associated with the phone numbers on the ads and used this information to locate the minor and also found several sex offenders involved with her sexual exploitation. As it turned out, every person involved in that trafficking ring was in the prison system’s database, either as an inmate or someone who had visited an inmate — including this particular victim.

This case demonstrates how much information prisons have about human trafficking networks through victims themselves as well as in their databases including visitor logs and commissary systems. However, correctional facilities dedicate very little resources to putting the pieces together. Prison administrators need to train correctional officers about ways to identify, as well as how to report, the suspicious activity they observe that may be related to human trafficking. 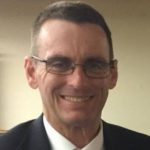 About the Author: John Meekins graduated from the Wharton School of the University of Pennsylvania. John has worked on consulting projects for the U.S. Department of Justice. He is a member of the International Association of Human Trafficking Investigators and an Ambassador of Hope for Shared Hope International. He has spoken at the McCain Institute in Phoenix about Human Trafficking Behind Bars, and has advised senior human rights experts from the European Union funded Rule of Law Project in Iraq on how human trafficking of prisoners is used to fund terrorism. Meekins has more than 10 years of experience working with female inmates in one of the largest female prisons in the nation. He can be contacted at jomeekins@comcast.net.