One of the first documented cases of the death of a child as a result of veganism dates back to 2001 in the United Kingdom. In this particular case, the parents of the nine-month-old girl plead guilty. The parents received no prison time—the judge stated that their punishment was the death of the child (International Natural Hygiene Society, n.d.).

There have been a number of cases since then. For example, in 2002 a case of malnutrition was documented in Auckland, New Zealand as well as in Miami, Fla. and New York in 2003 (International Natural Hygiene Society, n.d.). As more cases are brought to trial, the sentences become more severe.

The death of Crown Shakur in Atlanta, Ga. made national news headlines. Crown Shakur was born in March of 2004 and died on the evening of April 25, 2004.

That evening, I received a phone call from a physician about a baby who was transported and died in the emergency room of an Atlanta hospital. Hospital staff was concerned with the physical condition of the baby. I responded to the emergency room to discover a severely malnourished baby of six weeks old who weighed just 3.5 pounds. The baby lacked development and appeared translucent.

Crown Shakur was born at home, right across from the hospital where he was pronounced dead only a few weeks later. Prior to the transportation to the emergency room on the night of his death, Shakur never received any medical attention. An investigation of Shakur’s place of residence revealed bare cabinets, limited furniture, soy milk and apple juice in the refrigerator, and ice cream sandwiches in the freezer.

The parents of Shakur are vegans and the baby was subjected to the same lifestyle. From birth, he was only fed apple juice and soymilk. Such a diet resulted in diarrhea and eventually dehydration. The lack of nutrition led to malnourishment and eventually caused his death. The death was ruled as a homicide and the immediate causes of death were listed as acute bronchopneumonia and malnourishment.

The parents were co-defendants in the case but represented by different attorneys. The defense of the parents was the lifestyle of veganism. On May 9, 2007, both parents were found guilty of malice murder, felony murder, involuntary manslaughter, and cruelty to children. Both parents were sentenced to life in prison.

Should veganism be a justification for neglect? Have you dealt with or heard of similar cases? 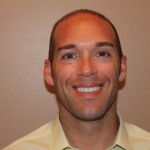 About the Author: Jon Hager has worked in the criminal justice field since 2000 in the capacity of private fire investigations, autopsy technician, and currently as a medical examiner investigator and forensic science professor. Jon obtained a BS in anthropology from Hamline University and a MS in forensic science from the University of New Haven. He is currently pursuing a doctoral degree in clinical psychology with a concentration in criminology and justice studies. Jon is currently an adjunct professor of criminal justice at American Public University.