Today, Tomorrow, or Next Year? Coping with PTSD in EMS

Most of the time, emergency medical technicians (EMTs) and paramedics respond to non-urgent emergencies but there are also “rough” calls that are traumatic and disturbing. In recognition of National EMS Week and National Mental Health Month, EMTs must take a moment to realize that such traumatic calls may not bother them today, tomorrow, or next week. However, such calls have a way of seeping into the crevices of one’s subconscious and impacting a person months or even years down the road. Incidents can impact EMTs differently and for different reasons. Some EMTs are affected because of the mechanism of the injury, for a personal reason (i.e. EMTs who are parents responding to an injured child), or by calls that didn’t go as expected.

The Reality of PTSD

Post-traumatic stress disorder (PTSD) is a serious psychological issue that can affect people who work in public safety communities. Whether a person is a service member, police officer, firefighter, or EMT—many suffer from PTSD.

I have often heard individuals say they think someone is suffering from PTSD shortly after an event. What we know about PTSD is that it often isn’t that fast-acting and there is no quick fix when it comes to treating someone suffering with it.

The Mayo Clinic explains: “PTSD is a mental health condition that’s triggered by a terrifying event—either experiencing it or witnessing it…Many people who go through traumatic events have difficulty adjusting and coping for a while, but they don’t have PTSD.” However, if a person’s symptoms worsen or last six months to a year, then they very well may have PTSD and should seek professional support.

PTSD typically strikes several months after an event and has terrible repercussions like sleep problems, anxiety, rage, and many other physical manifestations. Suffering from PTSD can be quite frightening and it often feels like psychological torture. Unfortunately, many individuals are too embarrassed to discuss it with anyone—even close friends and family.

If you suspect someone is suffering from PTSD, let him or her know that you care. Help the person to find a professional therapist, one who is trained specifically in combat-related PTSD and anxiety disorders. There are many great practitioners in the mental health field with many resources to address PTSD. Sometimes, those suffering just need a guiding light to a professional. Friends and family can be that light, but must be supportive and positive without including any judgment when talking to the person who is suffering.

Public safety professionals must realize that they are only human and there will be scenes and calls that are too graphic to forget and may have a deep impact on them. Instead of allowing these situations to haunt one’s psyche and impact one’s life, seek support from a mental health professional—it is a sign of strength to ask for help. 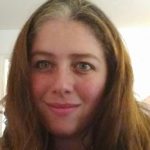 About the Author: Allison G. S. Knox is on the faculty at American Military University. An emergency medical technician and a political scientist, Allison’s research interests are comprised of federalism and emergency management/emergency medical services policy issues. Prior to teaching, Allison worked in a level one trauma center emergency department and for a member of congress in Washington, D.C. She holds Master’s degrees in Emergency Management, International Relations and History and is working on her doctorate at Virginia Tech in Public Administration and Policy. Allison currently serves as the Chapter Sponsor and Faculty Adviser for the West Virginia Iota Chapter of Pi Gamma Mu International Honor Society, and also serves as the Chancellor of the Southeast Region on the Board of Trustees for Pi Gamma Mu International Honor Society.