Tips for LEOs to Improve Their Physical Fitness Levels

Law enforcement officers must be physically fit for many reasons including for job performance, reducing the risk of future diseases, and managing stress. A healthy lifestyle for officers should include exercise, proper nutrition, stress management, substance-abuse prevention, and health-risk management.

Police work takes dedication and a commitment to excellence in every aspect of an officer’s career and life. Physical fitness and health is a significant factor in achieving that excellence. Following are some of the issues regarding the health of officers and examples of physical fitness routines that can help reduce the problems associated with police duties.

A major scientific study was conducted over a five-year span focusing on the Buffalo Police Department. The Buffalo Cardio-Metabolic Occupational Police Stress (BCOPS) was a large, cross-sectional study of 464 police officers. Results found that:

There are six components of physical fitness, according to FitForce, Inc., (2010):

There are many types of fitness programs to choose from, so it is important to select one that fits with your schedule, personal life, and abilities.

When I first started preparing for the police academy, I concentrated on cardiovascular endurance, which mainly included running. As I became more aware of the fitness requirements of being a police officer, I realized I needed something better rounded. This was before such programs as Cross-Fit, P90X, and T25, so I looked at standardized law enforcement physical fitness requirements to start my training regimen. A good baseline can be seen at the Federal Law Enforcement Training Center. A students’ success includes the measurement of:

I have found that a 6- to 8-week cycle works best for me because the purpose of this type of workout, or any workout, is based on the body’s quick adaptability. If a person maintains the same workout routine without changing anything, the neurological pathways in the body—which run between the brain and the muscle—become so efficient that eventually the minimal amount of muscle fibers are used to move the weight.

This is why you constantly need to try and lift more weight than the previous session, change the angle of the exercise, or change the exercise altogether. This change forces the brain to find new neurological pathways to move the weight. Therefore, during the initial lifting phase, an overabundance of muscle fibers is recruited for the lift. As the lift is repeated, the number of muscle fiber recruitment decreases until the minimal amount of fibers is called into play. It’s at this stage where strength gains begin to plateau and the routine needs to be changed (6-8 weeks).

The sample one-day routine that follows is designed to teach the body to effectively work in an environment that combines body-weight specific exercises, cardiovascular training, core development, and multi-tasking movements.

The exercises chosen will attempt to mimic those situations in which you will mostly be working. Body-weight specific exercises are exactly that–exercises which require the movement of body weight through a certain range of motion: pull-ups, dips, push-ups, squats. These exercises are considered compound exercises because they incorporate the simultaneous use of multiple joints.

Cardiovascular training will be incorporated not only through the use of time management while performing these routines, but also through distance running, sprints, and stair climbing. Core exercises incorporate the functional training of our upper and lower abdominals, internal and external obliques and transverse abdominus muscles (the muscles that run along your spine). The work of these muscle groups is paramount in body balance, overall strength, and injury prevention. Multi-tasking movements incorporate the fluid combination of two exercises, which teaches our bodies to move a weight through a specific range of motion using multiple muscle groups.

This 150’s routine came from Crossfit.com under a different name. The “150” is the total number of repetitions completed in one cycle. This is an excellent exercise routine because of its inclusion of back to back body-weight exercises.

Time yourself on this routine and attempt to complete the cycle in less than 30 minutes–it can be done. If you would like more examples, please email me at Matthew.Loux67(at)mycampus.apus.edu.

The benefits of incorporating a physical fitness routine, whether it is like the above example, or something you do on your own, include:

A combination of physical fitness with a proper diet can significantly improve your life. As officers become more tenured, they tend to become more complacent in their work and personal habits, including fitness.

It is even more imperative for officers to remain diligent in working out, even if it is walking, stretching, or doing calisthenics each day. Working off-duty jobs, overtime, shift work, court appearances, etc. can take a toll on officers, both physically and mentally. I have found that exercising every day, which can include taking the stairs instead of the elevator, riding a bike rather than walking, or doing simple exercises while sitting behind a desk or at the wheel of a patrol car, improves my moods, my cardiovascular endurance, and also reduces my stress.

As a professor of criminal justice at American Military University, I believe in preparing students for their careers—mind and body. You can even do both: Do exercises while studying for your courses or take study breaks that include exercise or meditation.

How do you incorporate exercise into your life? What have you done to improve your physical fitness? 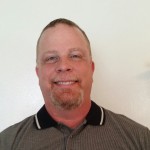 About the Author: Matthew Loux has been in law enforcement for more than 20 years and has a background in fraud, criminal investigation, as well as hospital, school, and network security. Matt has researched and studied law enforcement and security best practices for the past 10 year and is currently an adjunct faculty at American Military University.