It is difficult to determine exactly how many cases of child sexual abuse occur in the U.S. because so many cases go unreported to authorities. The U.S. Department of Health and Human Services’ Children’s Bureau estimates that 9.2 percent of children who are victimized are sexually assaulted. Other staggering numbers include:

As a law enforcement officer, it is important to not only know such statistics, but to know best practices in handling these cases.

Initial Investigation Techniques
An officer responding to a call of an alleged sexual abuse of a minor may receive the information from parents, relatives, neighbors, medical staff, teachers, or other children associated with the child. It is imperative that the officer not make any assumptions whether the report is valid. Officers must remain impartial and collect all the facts to determine if a crime has indeed occurred.

When interacting with a child victim, it is important that you attempt to see the situation from the child’s perspective. Do not use elaborate, adult language that may confuse him or her. Talking to the child in a way he or she can easily understand may also help you build trust.

The New York State Coalition Against Sexual Assault (PDF) offers the following suggestions for the responding officer. Officers should: 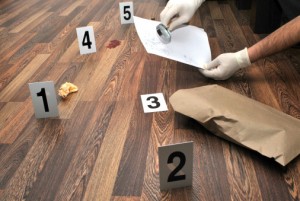 Do not jump to the conclusion that the child must be rushed to the emergency room for a physical examination. First determine the type of act committed and the time period in which it occurred. In certain circumstances, it is imperative that officers act immediately to preserve the evidence and request trained medical personnel to help maintain not only the chain of custody, but the dignity of the child. Evidence at the scene such as clothing, bedding, or any other evidence should also be collected.

Items to look for and recover include:

Interview Techniques
It is important to interview the person who reported the incident to obtain information about the victim and the circumstances surrounding the reported incident. Do not be inflammatory towards the reporter. Remain neutral and use sound interview practices. The reporter is a critical witness so work to establish a rapport with this person to help reduce awkwardness and allow for an exchange of information. If your department allows it, record the interview because verbal nuances may be caught by the recorder that be missed during the interview.

The interview should seek to gather the following information:

Additional Investigation
The first responder should notify the proper investigative unit to conduct the further investigation. The additional investigation includes interviewing additional witnesses, recovering more physical evidence, referring the child and parents to counseling, interviewing the subject(s), sending evidence such as DNA to the crime laboratory, and preparing court documents.

Overall, it is important for officers to remember the victims and the trauma they have experienced when investigating a case of child sexual assault. While officers must be thorough in their investigation, they must also be sensitive and caring toward the victim.

About the Author: Matt Loux has been in law enforcement for more than 20 years and has a background in fraud, criminal investigation, as well as hospital, school, and network security. Matt has researched and studied law enforcement and security best practices for the past 10 years.