The World is Changing: Police Officers Must Embrace Technology Whether They Like It Or Not 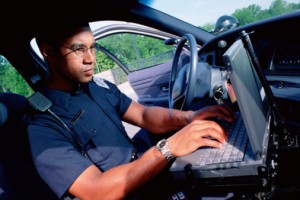 There is no denying the fact that the world we know is rapidly changing. It’s difficult for even the most technologically adept individuals to keep up with all the advancements in technology. While some of us may not want to accept these changes, they often cannot be avoided and become requirements of our jobs. There was recently an interesting article published in Law Enforcement Today called Loss of Faith written by Robert Weisskopf.

In this article, Weisskopf writes about how technology has changed the nature of policing and not just in terms of policies and procedures, but in the way police officers on the street are treated by their superiors. He argues that there has been an endemic loss of faith in the abilities of police officers to do their jobs properly, largely because of the growth of lawsuits against officers and agencies. Because of this, departments have transitioned to what he refers to as electronic personnel monitoring capabilities that are able to track and record officers’ activities.

Adding more technology for LEOs was originally designed to improve officer safety, he writes, but it has evolved into a way for superiors to track and micromanage:

Then we started getting new fancy electronic gadgets in our cars and on our persons. First we started with computers in the car. What a great tool this was. It allowed officers to run name checks and check for hot cars. As a sergeant, it allowed you to see what all your officers were doing and where they were located at any given time. While originally designed for officer safety, this led to sergeants constantly checking on the officers in their charge. Pressure from above, due to the mass of lawsuits, led to the sergeants riding on all the calls they could and micromanaging the jobs. Officers began to resent being constantly checked on by their sergeants.  Sergeants began to feel that the officers were not capable of handling the assignments without them present.

This, he writes, has led to a loss of faith in an officer’s abilities and technology is often used to discipline officers. He also argues it’s an invasion of an officer’s privacy:

About eight years ago I spoke with a commander in our department who was excited about a new video camera system that would be a part of the microphone of your radio and would be recording everything you did each day. From the time you turned on your radio until you turned it off at the end of your tour everything would be recorded. All I could think of was this was a huge invasion of my privacy.

But, many officers hold strong that technology has helped policing more than it has hurt. Dennis Porter, who spent 30 years with the Los Angeles Sheriff’s Department, says that when he started as a deputy, the only communication ability was the car radio. “We did not have handheld radios, you had to leave the mic hanging out the window on a call or stop if you thought you might need to get back to it in a hurry to ask for assistance,” he says. “When we got handheld radios it was great—officer safety went up. Before we had computers, you needed to have good police instincts to pull over a car … now all you have to do is play ‘license plate bingo’ with the computer.”

And, even if superiors are using technology to monitor an officer’s activities, it shouldn’t matter, he says. “As long as you are doing what you should be doing, who cares if there is a tracking device on your car? It can help on a dark night when you are in an emergency situation and you don’t know the name of the street you’re on. Now dispatch can find you and send help to your location,” Porter says.

John Currie, who spent 26 years in law enforcement operations in the U.S. and internationally, agrees that an officer’s privacy shouldn’t be part of the debate. “I would not be as concerned about an invasion of privacy as I would be about being covered by video or recording if I got into trouble. Why? Because I was a good cop. I knew I was following the right procedures and I was confident that I knew what I was supposed to do when I was on the job,” he says.

This issue of getting into trouble is very real concern for many officers. Because there is so much litigation involving police officers, many LEOs seem to want the additional evidence that technology can offer. “Most officers appreciate the support these advancements have made in resolving false complaints,” says Dave Malone, who spent 31 years with the Eau Claire Police Department. “Blaming technology alone ignores other variables like management training and support, as well as the effects of generational changes.” In terms of litigation, one of the biggest mistakes jurisdictions can do is settle lawsuits without fighting unwarranted claims, he says. Now agencies often have the technology in place to prove officer actions, rather than rely solely on testimony.

The reality is, advancements in technology will continue to happen. “Everything is changing and we all need to embrace change and keep up with it,” says Porter. “Change has been good overall, in regards to officer safety and equipment. You have to take some of the negative procedural ‘stuff’ with all the good that comes with these changes.”