The Science Of Tannerite, The Explosive Possibly Used In The Chelsea Bombs

The bomb that exploded Saturday in New York City used an explosive called Tannerite, according to news reports. Until now, Tannerite has mostly been known to target shooters. Now it’s being implicated in a terrorist attack. Here are answers to some questions about an explosive you might not have heard of and its role in this unfolding story.

Tannerite is the brand name of a binary explosive often used as a rifle target. Binary explosives are two-part mixtures of components that aren’t explosive on their own. Tannerite is a patented, proprietary mixture of ammonium nitrate, ammonium perchlorate and powdered aluminum and a few minor ingredients. Generic mixtures of those chemicals, sometimes called ammonal, are sometimes also called Tannerite, like calling all facial tissues Kleenexes.

Why are people using this stuff?

Tannerite is popular for target practice because it produces a loud bang and a puff of smoke when hit with a fast-moving bullet. That makes it more obvious—and more exciting—when you hit the target than, say, shooting a piece of paper.

The reason they use Tannerite specifically is because it’s easy to get and relatively safe. Because the two components aren’t themselves explosive, the Federal government doesn’t regulate Tannerite like it does black powder or TNT. You can buy it online or in stores, and the individual components are available on their own.

Okay. Is it dangerous?

It can be. Although Tannerite was designed to produce a relatively small explosion for safety, people have been seriously hurt and even killed using it. In most cases that happened when it was detonated inside a container, which fragmented and sent shrapnel flying at the victims.

Binary explosives do have an inherent degree of safety, in that they aren’t explosive until the two parts are mixed.

And how does it work?

A chemical explosive has two fundamental components: a fuel and an oxidizer. The fuel releases energy when it reacts. The oxidizer provides the oxygen atoms the fuel needs in order to react. In your fireplace, wood is the fuel and the air around us is the oxidizer.

When mixed together, the components need a certain amount of energy to set off the explosive reaction. In the case of Tannerite, that comes from the kinetic energy of a fast-moving bullet. Oxygen atoms leave nitrate and perchlorate and bind to aluminum atoms to form aluminum oxide. That’s the stuff that gives untreated aluminum its rough, ashy look.

Like all explosive reactions, it works because the products are more stable than the starting components.

Going from less stable compounds to more stable compounds releases energy in the form of heat and light. In the case of Tannerite or ammonal, the reaction also produces a gas, whose expansion in a sealed container adds to the explosive power of a bomb.

Ammonium nitrate sounds kind of familiar. Where have I heard that name before?

Ammonium nitrate had figured in high-profile explosions before. It was used in the 1995 Oklahoma City bombing and was the cause of an accidental explosion in 2013 in West, Texas that killed 15 people.

Explosives use nitrogen-containing compounds like ammonium nitrate because they produce nitrogen gas. TNT, trinitrotoluene, is a famous example. Nitrogen gas, which makes up almost 80% of our atmosphere, is two nitrogen atoms joined by a triple bond. That triple bond is incredibly strong, meaning it takes a huge amount of energy to break. Conversely, the bond releases a huge amount of energy when it forms. In Tannerite or TNT, the formation of nitrogen gas is one source of their explosive energy.

So Tannerite was the explosive in the New York City bombs?

Maybe. First, to be clear, the name Tannerite is appearing in news stories attributed to unnamed law enforcement sources. Tannerite residue was reportedly found on the two bombs discovered in New York over the weekend. Other bombs linked to the suspect, Ahmad Rahami, who is now in custody, may have used different explosives. These reports may be wrong in part or whole.

The company that makes Tannerite is skeptical. Steve Yerger, an investigator for the company, says he has not been able to confirm with the FBI or other law enforcement agencies that Tannerite was in fact found in the New York bombs. What’s more, he says he doesn’t know how it could have been used.

In the company’s tests, says Yerger, Tannerite can only be detonated by the impact of a high-velocity bullet. A burning fuse, an electrical current, a hammer blow; none of those will work, according to him. There have been no reports that a gunshot was used to trigger the bomb that exploded in New York on Saturday.

What Yerger says is entirely plausible. He hasn’t shared the results of the tests he is talking about, but explosives can be and are made so that they only explode in certain ways. “That’s in keeping with a lot of explosive materials,” says Dave Welch, a senior explosives expert at Ramora UK, which does bomb disposal. Welch could not confirm Yerger’s assertions about Tannerite specifically.

There are other ways to detonate an aluminum oxide and ammonium nitrate bomb though. The bombs in this test of ammonal done by scientists at the Los Alamos and Sandia National Labs were set off with standard detonators and boosters used to produce a shock with enough energy to explode the mixture. We’ll need more information from law enforcement agencies before we know what happened in Chelsea. 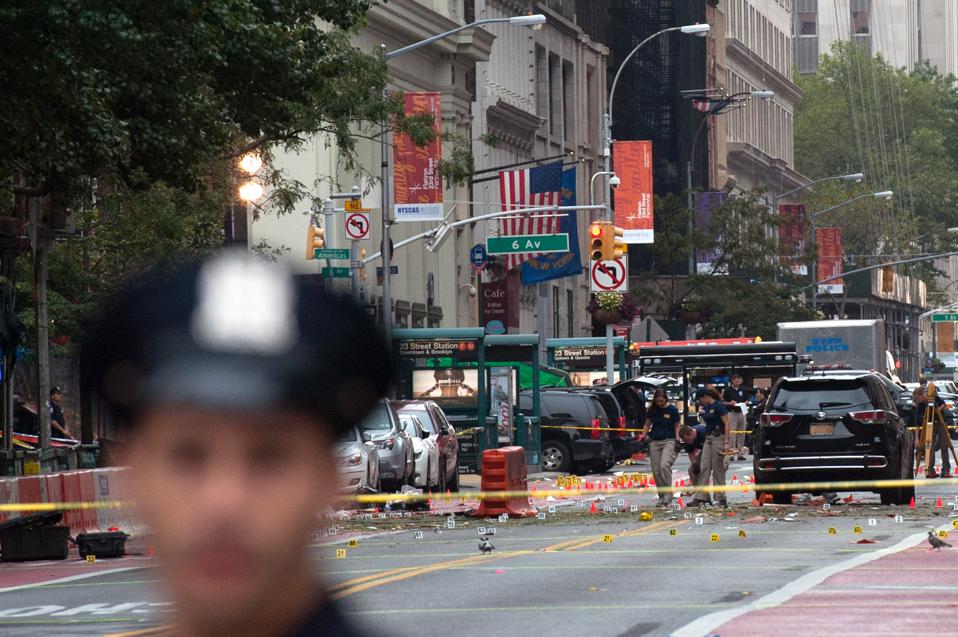 This article was written by Sam Lemonick from Forbes and was legally licensed through the NewsCred publisher network.