Editor’s Note: This article is the first in a series of about the recruitment of women into human trafficking networks. Read the second installment.

Aubree Alles looks like many other overworked 36-year-olds. Between returning to school, staying involved in her local church, and raising her 10-year-old daughter, she functions on very little sleep and refers to the driver seat of her 2007 Dodge Ram as a second home, office, and call center. No one would ever guess that it’s been only five years since the busy mom from Orlando narrowly escaped a life of rape, drugs and violence.

Aubree and I drive north along the Orange Blossom Trail — Floridians call it the “OBT,” a road that stretches 433 miles vertically across the state — before Alles abruptly slams on the brakes to make a quick U-turn. “I remember her!” she cries out, gesturing to a woman on a street corner leaning against a white Mustang at a stop sign. “We used to work out here together.” This is one of the streets Alles’ trafficker, Rawz, used to put her out on.

Alles points to the darkened enclaves of OBT as she drives down the street. “It got to the point around here,” she says, “where if a man told a cab driver to ‘take him to the girls,’ the cabbie would know exactly where to go here.” She switches the pop music that was playing on her car radio to the gospel station.

After the Mustang pulls away, Alles pulls up alongside the curb and calls out to the woman — Diane — who’s talking to a lanky man half-perched on a bicycle. Diane is a short black woman with a kind smile and a full bosom that almost escapes her white camisole. Her shoulder-length hair looks like it’s in need of a wash. “Big Baby! Is that you?” Diane yells, hastening toward the car as soon as she recognizes Alles, despite a limp in her right leg. Diane isn’t one of Rawz’s girls, but she and Alles worked the same area for five years.

The two women catch up for several minutes, discussing jobs, mutual friends and their children.

Finally, Alles offers the woman “hygiene,” handing over a small zip lock filled with sample-sized soaps and a hot-pink loofah. Alles keeps these toiletry bags pre-made in her car to give to women on the street, as traffickers don’t often provide basic cleaning materials. “Even if they don’t have their own bathroom, at least they can go into a public bathroom and take care of themselves a little bit, to feel like a person again,” Alles would tell me later.

To Diane, Alles says, “If you ever want to get out of the life, you give me a call. You don’t have to be ready, you just call me and we’ll do it together.” They exchange numbers and a hug, and Alles glances over at the man on the bicycle, who had been carefully watching the encounter. “Tell Money to be good,” Alles says before quickly pulling away from Diane’s work corner.

Behind Alles’ truck, Money climbs onto his bike and starts following us. He pulls up to the driver’s side while we wait to make the turn back onto OBT northbound. “Big Baby?” he says through the half-open window, only his tattered Florida State shirt visible to me in the passenger seat. “Nice wheels. You must be doing good for yourself.” He smiles and pushes his arm into the car to touch Alles’ shoulder. “I love you,” he says as the road opens up for us to merge.

Alles shivers and lets out a disgusted sound as he pedals away. “I haven’t seen him in five years,” she says, explaining that Money is Rawz’s doorman, and someone everyone knows but no one messes with. “He used to stand guard outside the door while she beat me for hours so no one could come in.”

Money is also the man who intercepted Alles the first time she tried to escape, the failed attempt that led to one six-hour beating. It was this experience that strengthened her determination to escape, even if it cost her her life.

It All Started Behind Prison Walls

While serving time for drug possession in 2001, Alles, who was 20 at the time, bonded with her pregnant bunkmate, Rawz, over their shared love of children and history of substance abuse. Both were released at about the same time and Rawz offered Alles room and board in exchange for her help around the house. Alles gratefully agreed.

Over the next several months, Alles would be one of many homeless teenagers who settled into the apparent haven. From household chores, Rawz eventually promoted Alles to the role of chauffeur and instructed her to drive their housemates to different locations around Orlando, wait outside, and then escort the disheveled women home a half hour later. Alles buried her disgust, thankful for shelter and the consistent supply of drugs her housemother made available. But when on one of these outings a girl’s client decided he wanted Alles instead, she too became one of those regularly ushered in and out of back doors and motel rooms. Under threats of eviction and beatings if she did not cooperate, Alles quickly developed her own steady clientele and lived a life coerced into commercial sex at the hands of Rawz and her associates. In that time, Alles amassed a record of 23 criminal convictions for petty crimes and prostitution. And yet, over almost two dozen stints in various jails and prisons around central Florida, no one ever questioned why Alles had joined the ranks of the 49,000 – 56,000 women who are arrested on prostitution charges every year.

Traffickers, it turns out, have identified the prison system as fertile recruitment grounds for their “stables.” Female prison facilities are filled with women serving out sentences for prostitution but who are, in fact, unrecognized victims of human trafficking and are often coerced into joining human trafficking networks.

These are women who’ve been brought into the life in one of two ways. The first is through manipulators on the inside, like Rawz, who promise their prisonmates stability and employment once they’re both released. The second is through traffickers on the outside, who actively seek out young or naive inmates that they sense will be vulnerable to exploitation. External traffickers typically use public records available on the prison system’s website and initiate correspondence with women to lure them into human trafficking networks.

Only recently have prison systems begun to realize the need to train correctional officers to recognize signs of human trafficking networks. For the most part, prison staff are not keyed to spot signs of trafficking among women inmates, or how to look for indicators of recruitment among inmates under their supervision. Although a handful of states have begun to implement training programs to raise the level of awareness in their institutions, most correctional departments have no human trafficking training program at all, and often have little awareness that prison recruitment is an issue.

It wasn’t until her 23rd prison stint that Alles was finally asked how she ended up in jail. She was approached, not by a correctional officer, but by a chaplain making rounds who was willing to listen to Alles’ history. The chaplain pieced together that there may have been a more complex tale behind Alles’ prostitution charges. The chaplain eventually led Alles to a nonprofit organization, Samaritan’s Village, that helped her leave her abusive life with Rawz behind. None of this assistance came to Alles from the system that incarcerated her.

In redefining her life, Alles is opening a safe house for other victims of human trafficking where they can heal and find help. The Love Church in Orlando has provided Alles with a three-bedroom refuge for the women and administrative assistance.

“Victoria just called me and said ‘It’s time,’” Alles said of the leader of the church. “She said I’d have to fix it up myself, that it would be hard, but if I was willing to do it, I could have the house for free to take care of the girls.”

Human trafficking experts explain that victims are given a daily quota to meet, usually between $500 – $1,000. They are told if they come back with less, they will be beaten, starved or deprived of drugs. Traffickers will also convince the women of their love for them. They may assure them of posting bail in the event of an arrest but then threaten to revoke it if the woman misbehaves. They create a vicious cycle of loyalty and debt that will not be forgiven.

Alles explained that the absence of a pimp or trafficker in the vicinity of a woman selling sex does not mean she is doing so of her own volition. “Ninety percent of the time, women who choose prostitution as their means of supporting themselves are not going to be out here on the street corner,” Alles said. “They’re going to be on backpage.com or the ‘high class’ ways of finding work.” For the trafficked, the situation is different. “If you’ve got threats against your life or are hooked on drugs,” she said, “you’re going to do what you have to do.” 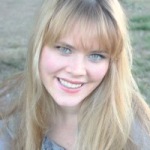