The Power of Patience: Why Officers Should Take Time to Explain

When I began my career with the Metropolitan Toronto Police, I elected to be posted to the 4-District Traffic Unit in the old Borough of Scarborough. I rode the motorcycle, operated radar, and, thanks to a kindly old sergeant, managed to patrol in an accident car years before a typical junior officer would be given that privilege.

After a couple of months observing everything that was new about this exciting assignment, I noticed that other officers were being notified for accident court far more often than I. Initially, I couldn’t figure out why I wasn’t going to court as often.

Sometime later, I figured out that as a new officer, I was being more cautious than other more experienced officers. To make sure I understood what I was doing, I carried a copy of the Ontario Highway Traffic Act (HTA) with me and referred to it often.

In a typical incident, it was usually fairly easy to determine who was at fault and who wasn’t. After dealing with the first priorities—taking care of the injured or towing vehicles if necessary—I would gather the required information and make notes for the reports. I often invited the motorists to sit with me while I wrote up my notes. Most often, I would ensure that the not-at-fault driver had all the details they needed and I would send them on their way. The at-fault driver would remain with me in the car and I would keep them waiting while I continued my reports.

In those days, all officers carried a little “set fines” booklet which provided only the wording and set-fine for each offense under the HTA. The full-offense descriptions had to be located in the copy of the Act. In every case, I would pull out my copy of the HTA and read the appropriate section to make sure it fit the circumstances properly. Then I would politely hand the book to the at-fault driver and have them read the section too. It was quite common to observe the driver read the section, put down the book to think, read it again and then volunteer something like, “this looks like what I did.” I would reply with something like, “that’s the way I see it, sir/ma’am.” Later it occurred to me that the people I was charging were pleading guilty once they understood the offence they had committed, hence my lack of court appearances.

Many years later, through a twist of fate, I attended the FBI National Academy, in Quantico, Virginia. My roommate was a sergeant from the Jackson (Tennessee) Police Department. I visited him in Jackson in January 1993 and he took me on a tour of his police headquarters, an experience that modified my behavior for the rest of my career.

In every office there was a framed statement posted conspicuously on a wall: “Be courteous, firm, fair, neat and careful. Take time to explain.” I realized right away that this was the way I had been leading my own life and career.

I had seen many versions of the “courteous, firm, fair, neat and careful” values, often posted beside a large mirror where officers would see themselves on the way out to their patrol cars. But Jackson cops were also reminded to take an extra step every day by “taking time to explain.”

Taking time to explain actually does take time, I understand that. But, over many years of public service, it naturally occurred to me when dealing with routine or even complicated issues that a little bit of patience and a thorough explanation of what has happened, or is about to happen, can promote understanding, reassurance and, quite often, cooperation. I could write a book about “taking time to explain” as an excellent first step toward satisfactorily resolving complaints.

I adopted the Jackson PD maxim for myself and incorporated it into my everyday messaging when I served as a public affairs officer, using the “explain” part to great advantage when dealing with citizens. It was only after I joined senior management ranks that I fully understood the power of a good explanation.

All good police officers and public servants, know—or should know—the value of being courteous, firm, fair, neat and careful. Adding “take time to explain” to their commitment is well worth doing. 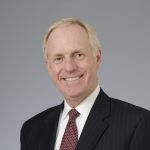 About the Author: Michael Sale served 30 years with the (Metropolitan) Toronto Police and retired as an inspector in 2002. He is a life member of the Ontario, Canadian and International Associations of Chiefs of Police. He is previously a law enforcement outreach coordinator with American Military University. To contact the author, please email IPSauthor@apus.edu.