The Lifesaving Power of Teamwork

If you work or aspire to work in the public safety field, being a team player is a necessity. Whether you’re a police officer, firefighter, EMT, or emergency manager, lives depend on the strength and unity of teams.

And, in today’s world of complex threats, it’s not just how well one team works together, it’s how well teams from different agencies work together in a coordinated response.

Take active shooter response as an example of the necessity of collaboration. While police officers must respond to eliminating the threat in a coordinated and tactical manner, firefighters and EMS providers must also work in unison to provide aid to victims without putting themselves in danger.

The same goes for emergency and disaster response and recovery. While emergency managers must prepare and lead the response to such an event, other public safety agencies must assist in a coordinated and unified manner. 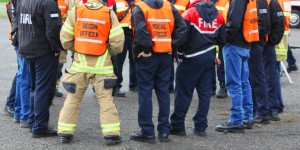 Such teamwork and coordination extends to the national fight against terrorism. While fighting terrorism was once considered the primary responsibility of three-lettered federal agencies, there has been recognized value in intelligence coming from state and local law enforcement agencies. Fusion centers have been set up around the country to help collect, analyze, and disseminate information from federal agencies down to local departments. While far from perfect, the coordinated effort to share information is a step in the right direction.

Many scholars argue there is a need for a change to the response paradigm. Such a change requires understanding the operational roles of other agencies and embracing a redefinition of traditional roles. For example, many jurisdictions are attempting to consolidate police and fire departments or cross-train public safety professionals to increase response capabilities.

In August, In Public Safety will investigate the ongoing shifts in teamwork and coordination efforts among public safety agencies. The blog will feature articles written by American Military University faculty members about the benefits and challenges of building and strengthening teams. AMU faculty members are not only academics who research and teach such topics, they are current or former practitioners who understand what it takes to apply such knowledge to the real world.

As articles are posted to In Public Safety, they will be compiled below for easy navigation. Thanks for reading! 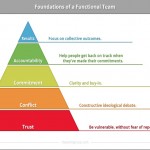 Know How to Avoid Teamwork Pitfalls

Teamwork, especially among law enforcement officers, is a crucial aspect of the job. AMU criminal justice professor Michelle Beshears writes about the five distinct dysfunctions that police leaders need to be aware of that could threaten effective teams within their agencies. 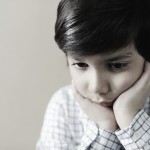 Teamwork and the Different Roles in Investigating Child Abuse

Investigating alleged child abuse requires strong teamwork among police, social service personnel, medical personnel, and teachers. While all these professionals have an important role in identifying abuse, the most effective teamwork involves coordination that allows each professional to act within his or her area of expertise. 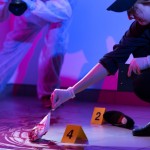 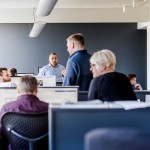 Teamwork that Protects the Nation

The ability of the intelligence community (IC) to protect the nation is largely the product of strong teamwork. AMU professor Dr. Valerie Davis discusses how team decision-making improves the effectiveness of intelligence practices that depend on team members sharing information, brainstorming ideas, addressing conflict, and reaching a compromise as a unit.