The Dangers of Undetectable Weapons

Terrorists and security officials are in a constant competition with criminals who seek new ways to cause havoc and bypass security measures so they can successfully carry out their cruel deeds, while law enforcement works to detect and prevent each successive development.

[Related Article: The Role of Local Police in the War Against Terrorism]

Known weapons of terror, such as firearms, knives and bombs are still regularly used but also are regular screened for. Newer weapons such as box cutters, mixtures of legal chemicals, and homemade zip guns are sought after as undetectable weapons and can often slip past security measures because they have innocent, non-threatening uses in addition to their malicious potential. 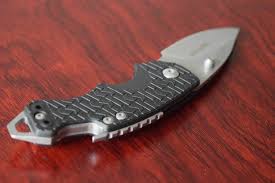 One such newer weapon often overlooked is the nylon fiber knife. Widely available in both physical and online marketplaces, these knives are as capable as their metal cousins of causing great bodily harm and even death.

Nylon knives were developed to be undetectable weapons with the specific intent of bypassing metal detectors and security wands. They are easily concealed in clothing or bags – much more so than firearms, traditional knives, and bombs. Nylon fiber knives have been used for attacks inside of correction facilities, courthouses, and in day-to-day street violence.

Many law enforcement officers are not yet attuned to actively seeking out and screening for nylon and plastic knives. Many officers may not have ever come across one; that unfamiliarity is part of the danger of these types of undetectable weapons. With little awareness of their existence – much less screening techniques to detect it – officers may miss threats and open the door for attacks.

Fortunately, nylon fiber knives can still be detected by another traditional security screening technique: the pat-down. While many security points forgo the pat-down in favor of metal detectors and wands, returning to the practice of a hand search can reduce the risk from this type of threat. 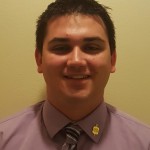