The terrorist attacks in Paris, France on November 13 were shocking in their brutality, and yet contained many of the same, even predictable patterns of what has become the face of modern terror today. Of the many similarities that are being talked about in the media, one of the most interesting is the fact that once again, a pair of brothers was involved in a terrorist attack. As noted by Jason Burke in the Guardian on Tuesday, Brahim Abdeslam blew himself up outside the Comptoir Voltaire Café while his brother, Salah Abdeslam remains at large and is tied to a rental car found outside the Bataclan concert hall. 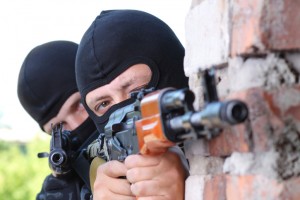 For the intelligence analyst, understanding family connections in a terror group is critical. Counterterror analysts go to great lengths to understand the organization of terrorist and extremist groups in an effort to profile and predict their operations. Unlike the more doctrinal and therefore stable organizations used by formalized military forces, the organizational structures of terror groups tend to rely on social, informal, and ad-hoc networks.

Mapping out these groups involves collecting information about suspected members and learning about their relationships to other members. This is the heart of what link and social network analysis is all about. Analysts work to identify friends, family, romantic partners, superiors, underlings, supporters, sympathizers, classmates, or colleagues as part of an endless search for connections between terror group members. Using these links to map out an organization gives the analyst a better understanding on how the group operates.

While many terrorists will refer to their fellow members as brothers, there is a distinctly different relationship when actual brothers are involved. While the Paris attacks are the most recent example, brothers have appeared in several recent terrorist attacks:

The appearance of brothers and other family members within an organization can provide counterterrorism analysts with potential patterns and trends for further analysis. Below are some analytical tips to look for when analysts identify siblings in a terrorist or extremist group:

These are some general rules to keep in mind when analysts are dealing with siblings in a terrorist or some other form of extremist group, they are meant to guide analysis, not give answers outright. Finding siblings and other family relations should immediately cue an analyst to start conducting further analysis while keeping in mind there are always exceptions to the rules.