Chinese Foreign Minister Wang Yi and Secretary of State Mike Pompeo head for their meeting at the Diaoyutai State Guesthouse in Beijing on October 8, 2018. (Photo by Daisuke Suzuki / POOL / AFP)

China and the U.S. are inching closer to a Cold War—like nothing we have seen between these two key trade partners. Vice President Mike Pence launched a cannonball across the bow of China’s ship of state last week. He said the country was meddling in the midterm elections. They want President Trump gone in an impeachment. If China was meddling, it sets the table for Washington to sanction them under two new executive orders signed by Trump and the August 2017 Countering America’s Adversaries Through Sanctions Act. The politics between Beijing and Washington are not improving.

Top diplomats on both sides said Secretary of State Mike Pompeo was getting nowhere with this Chinese counterparts. He said they were “fundamental disagreements” over a range of issues from trade to China’s domestic and foreign policies. Pompeo arrived in Beijing yesterday. Following a week-long holiday in China, mainland equity fell by as much as 4.7% in some Shanghai stock indexes. On Monday, the main China ETFs were all down by a modest 1% to 2%. The China A-shares (ASHR) are down over 22% year-to-date, a sorry state of affairs for dozens of U.S. mutual funds benchmarked to the MSCI Emerging Markets Index and who have been mandated to reallocate a portion of portfolio funds to mainland China equities now that they are part of the MSCI EM. It’s been a losing bet. 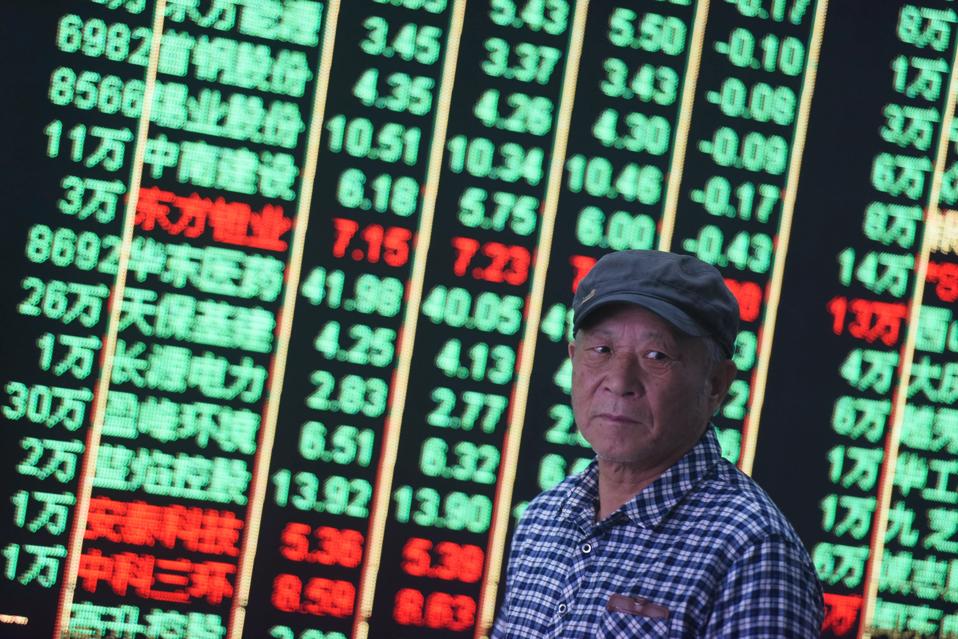 An investor watches the electronic board at a stock exchange hall during the first workday after the Chinese National Day holiday on October 8, 2018 in Hangzhou, Zhejiang Province of China. Chinese shares plunged on Monday, the first trading day after the week-long National Day holiday. The Shanghai Composite Index down 104.84 points, or 3.72 percent, to close at 2,716.51. The Shenzhen Component Index fell 340.26 points, or 4.05 percent, to close at 8,060.83 points. (Photo by Long Wei/VCG via Getty Images)

“These actions (have hurt) our mutual trust, and cast a shadow over the future of China-U.S. relations,” he was quoted saying yesterday by the South China Morning Post. “The charges you are leveling against us go against the interests of the people of both countries,” Wang told Pompeo.

China’s vice-premier Liu He was supposed to come to Washington on Monday, but that was canceled for some reason. The two sides just cannot get their acts together. They are not only not on the same page on trade matters, but they are also not even in the same book.

Beijing recently released a 36,000-word paper on representing the official view on U.S. trade frictions, published on Xinhua News Agency on Monday. They accused Washington of seeking “economic hegemony” and “intimidating” other countries through economic measures including tariffs. It has finally come to pass that China views Trump’s policies against it as economic warfare. 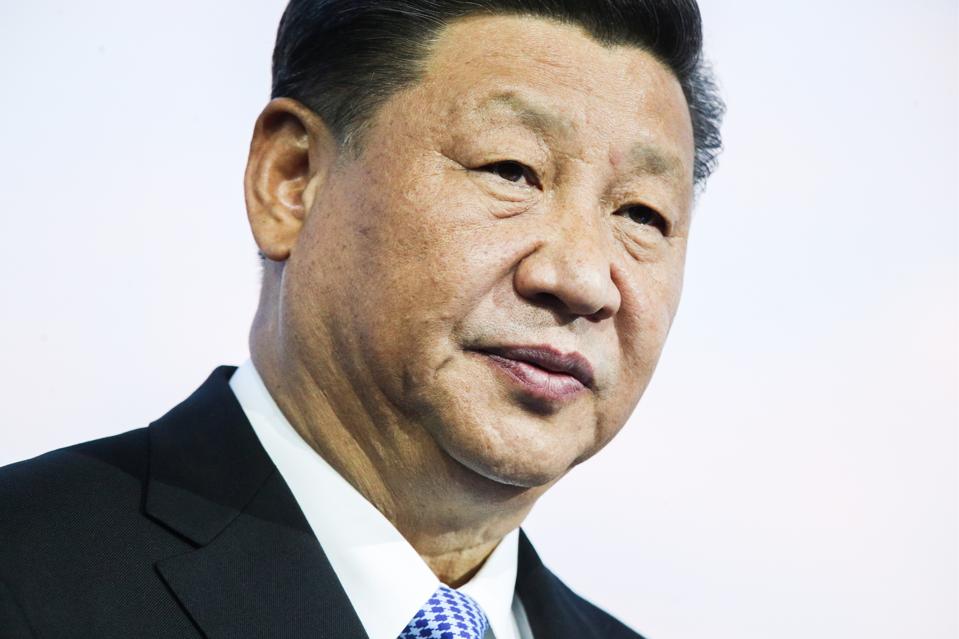 Xi Jinping. The trade war launched by Trump is a challenge for the Communist Party. Can globalization have a free market capitalist economy on one end and a mostly closed communist economy on the other? Something’s got to give. (Photo by Sergei BobylevTASS via Getty Images)

China policymakers are busy blocking tackle for Xi Jinping, a man whom many people believe has miscalculated Trump’s trade strategy. Finance Minister Liu Kun said that some provinces are feeling the impact of the trade war. He said China is equipped to handle it and would cut around $189 billion in taxes over the course of this year.  He did not announce any new tax cuts.

Macquarie Capital economists Larry Hu and Irene Wu wrote in a recent note that Chinese policymakers “remain reactive, not proactive in conducting stimulus” and add that Beijing’s policy loosening “is still way behind the curve”. Someone must have been listening to them at the central bank. They promised to inject $110 billion into the economy. Some of them could go to help prop up China’s retail investors in the A-shares.

For now, China’s most outspoken ally is Russia, a country weakened by U.S. and European sanctions.

In another jab to Chinese leaders, Business 20, an international business advisory group affiliated with the Group of 20, blasted Beijing over the role of state-owned enterprises in the world economy. Forbes Global 2000 has Chinese banks among the top 10 corporations in the world.  Investors and academics have argued for years that China distorts the global economy because on one side you have free market capitalism as the No. 1 economy and on the other, you have a largely closed market Communist economy as the world’s No. 2. Something’s got to give.

Business 20 issued a note last week calling for an end to state-related competitive distortions, but the wording met with strong objections from the China Council for the Promotion of International Trade, a semi-governmental trade advocacy group. They insisted that the B20 proposal should not be submitted to G20 leaders at the Argentina meetup in November. The China group demanded revisions to the sections covering state-owned enterprises and their role in global markets.

This article was written by Kenneth Rapoza from Forbes and was legally licensed through the NewsCred publisher network. Please direct all licensing questions to legal@newscred.com.

In Our New Cold War, Deterrence Should Come Before Detente

A new Cold War has begun in cyberspace. Trump seems to want detente. But first he should think carefully about how to establish clear norms of deterrence in this new domain.

The latest military confrontation in Europe began recently in Ukraine. In the middle of June, Russia announced that it would respond to any moves by the United States to build up military capabilities in Eastern Europe by fortifying its western border. In other words, this is a new post-Cold War arms race in the making.

Echoes Of Cold War Between Russia And The West

The situation in Ukraine has seen relations between Russia and the West deteriorate to almost Cold War levels.

Britain scrambled some of its Typhoon fighter jets Tuesday when two Russian military aircraft veered close to British airspace. The Ministry did not divulge the exact location of the interception, which comes just three weeks before a knife-edge UK general election in which defense policy is front and center.