Should Police View Body Worn Cameras Before Writing a Report?

The constant improvement of technology, along with the public’s outcry for better police oversight, has made the use of body worn cameras (BWCs) prevalent in law enforcement organizations around the country. However, many agencies are struggling to enact organizational policies and best practices so BWCs can be used effectively.

How Body Worn Cameras Are Used

Body worn cameras are a compact video-recording device attached to a law enforcement officer’s body or uniform for the purpose of recording interactions with the public. BWCs serve multiple purposes, which include:

While BWC recordings cannot replace an actual investigation, they can supplement police work and improve police conduct, which is why it is critical for administrators to implement appropriate BWC policies for their departments.

Should Officers Be Allowed to View Footage Prior to Writing a Report? 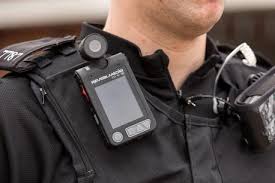 There are currently differing perspectives on the use of body worn cameras among police professionals, law enforcement unions, administrators, and policymakers. One of the most controversial aspects of body worn cameras is the question of whether to allow line-level officers to view their recorded video prior to writing a police report.

Some departments do not allow their personnel to review recordings before writing reports because the departments want their personnel to provide their own account of a situation. One must consider whether the conflict between an officer’s report and the BWC recording can cause an officer to lose credibility or be accused of lying if, for example, an officer’s memory is not accurate about some of the critical details of an encounter.

One of the foremost responsibilities of a law enforcement officer is to document incidents as accurately and completely as possible. Reviewing any recording of an incident can help officers recall some of the details that may not have been captured in their memory. It is important to understand that a BWC might capture more information than an officer’s brain can process because of psychological stress on the officer. Conversely, it may also capture less if it is mounted in a strictly front-facing position such as the front side of an officer’s uniform, since it will be unable to follow the movement of an officer’s eyes.

Why it’s Hard for Officers to Recall Complete Scenarios

Officers’ contacts with the public can range from pleasant encounters to highly stressful and life-threatening situations. After any type of contact with the public, law enforcement officers may find themselves unable to recall specific details that are important enough to document in a written report. In stressful situations, officers are more likely to forget pertinent details of an incident because of the impact of stress on one’s memory (Dawes et al., 2015).

Unfortunately, some of the most stressful situations are those that require extensive and accurate documentation, because they often involve serious crimes, uses of force, or other significant responses from law enforcement personnel. Officers involved in use-of-force situations are expected to document encounters and actions using highly specific details explaining what kind of force they used, how much force they used, and why they chose to use force (Dawes et al., 2015). Documenting instances of force is especially important because using force can have major implications and may result in liability for a department or even an individual officer.

While BWC technology might deter law enforcement personnel from behaving in unsatisfactory ways, Wasserman (2015) warns that officers might sacrifice “the kind of educated risk-taking and problem solving that’s often needed to save lives,” (p. 839). Out of a fear of the repercussions, officers might choose to stay within conventional boundaries even if their actions could make a profoundly positive difference.

Another concern of body worn cameras involves the public’s interpretation of the camera recordings. While the BWC footage itself may be an objective account of an incident, each viewer will have his or her own preconceptions that have been established by cultural, socioeconomic, political, and other factors (Wasserman, 2015).

For example, footage of an officer using deadly force on a man wielding a knife in close proximity to an officer can garner different reactions from different people. Combat-trained observers might support an officer’s decision because they know how quickly a knife-wielding criminal can close a distance gap and attack an officer or bystander. Conversely, an untrained individual might criticize an officer’s decision and would instead recommend the officer use a baton, electrical weapon, or even a firearm to immobilize an attacker.

While interpretation may threaten a case, many believe that video evidence can strengthen a case. Sullivan (2004) believes that recording these types of interactions prevents confusion about how police treat members of the public while also preventing police from having to summarize or paraphrase quotes from suspects or victims during pivotal interactions. This will reduce instances in which police credibility is questioned because of an officer’s genuine uncertainty about the details of a past situation. Finally, BWC recordings can increase the public’s faith in the law enforcement profession because the footage can help explain the reasons for an officer’s behavior and actions.

Another concern about using BWCs is that witnesses might be less likely to provide law enforcement personnel with pertinent information regarding a crime if they know they are being recorded. Additionally, victims who do not wish to be recorded can become discouraged from reporting crimes to the police. Because underreporting of crime is already a problem, the use of BWCs can magnify this issue.

Implementing BWCs throughout law enforcement agencies will require creation of detailed state-level and department-level policies. Wasserman (2015) reminds us that the use of BWCs will require policymakers to determine how and when officers should use these devices. There must also be guidelines about storing, retaining, and accessing BWC recordings (Wasserman, 2015).

There are many questions regarding potential policies for BWC, including:

At this time, different law enforcement organizations have their own policies for the use of BWCs. This lack of standardization can lead to confusion among members of the public, who may have an expectation regarding BWC policies and practices.

This lack of standardization can be beneficial for law enforcement personnel because the variability in policy can provide more autonomy in their decisions to work for certain departments. Increasing an officer’s satisfaction with his or her chosen department’s policy may result in higher motivation and confidence, which can positively affect an officer’s performance.

BWCs are powerful tools that require professionals to understand their very serious implications. Policing is both possible and feasible without BWCs; however, the possibility of BWCs positively contributing to the policing profession makes them a worthwhile consideration. Improving officer accountability by compelling officers to act justly and responsibly, providing concerned citizens with peace of mind, reducing instances of false complaints against officers, providing strong and credible evidence, and increasing officer safety by potentially deterring crime are some of the benefits associated with BWCs. Constructing appropriate policies to determine how officers should use BWCs and when officers can review BWC recordings can help reduce the possible concerns of this technology. 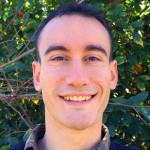 About the Author: Michael Kashiktchian is currently a master’s student in Public Administration with a concentration in Homeland Security at American Military University. He recently joined the university’s Pi Gamma Mu honor society. He currently serves as a Deputy Sheriff with Riverside County in California, a position he’s held since 2014. Michael has a B.S. in Anthropology from UCLA and is fluent in English, Armenian, and Spanish.