By Andrew Cannito, Founder of the Homeland Security Network at American Military University

During the United States’ engagement in wars in Afghanistan and Iraq, soldiers were dying from what was considered preventable battlefield wounds. In order to save more lives, the United States Department of Defense began conducting research into the causes and subsequent solutions to these battlefield deaths. Its findings showed that hemorrhaging (massive arterial bleeding) was the leading cause of preventable battlefield casualties, followed closely by compromised airways.

In response to this research, the military underwent a massive revamping of its first responder program, improving training for non-medical military personnel and issuing the first modern Individual First Aid Kit (IFAK) to personnel. IFAK’s were first used during Operation Enduring Freedom in Afghanistan in 2001 and more widely used during Operation Iraqi Freedom in 2003. The program also developed a new standard of tactical medical training for all troops called Tactical Combat Casualty Care or TCCC (pronounced “TC3”). TCCC found a place in both the Combat Life Saver program (for non-medical personnel) and in each of the branch’s medical corps training curriculums.

These improvements to first responder protocol proved to be highly successful for the military and have saved countless lives on the battlefield.

Law enforcement agencies across the nation took notice of the military’s new tactical medical training protocols, as massive arterial bleeding is one of the most common ballistic injuries to police officers. Recent domestic mass casualty incidents—such as the Orlando nightclub massacre, the Fort Hood shooting, the Boston Marathon bombing and the vicious attacks on police officers in Dallas, Texas and Baton Rouge, Louisiana—have emphasized the importance of equipping police with proper first aid training and equipment. For example, tourniquets, which is included in an IFAK (see list below), are vital pieces of equipment and were applied to more than two dozen victims during the Boston Marathon bombing.

[Related: Failure to Provide Personal Safety Equipment Can Come at a Cost]

Such mass casualty events around the country has led many law enforcement agencies to adopt some form of a tactical medical training program, either proprietary or contracted. Proprietary programs usually involve cross-training current sworn officers as either emergency medical technicians or paramedics. Contracted tactical medical programs are when an agency contracts with a local EMS agency through a memorandum of understanding (MOU).

Getting Victims Immediate Medical Attention after an Incident

Traditionally, EMS responders were called out and staged a short distance away from the scene of a mass casualty event until law enforcement declared the scene safe. The problem with this type of response is that it causes a significant delay in delivering medical treatment to injured victims.

Like any medical or trauma incident, time is of the essence. Immediate treatment is crucial to victim survival, especially in cases of major trauma, such as gunshot wounds or other injuries that cause severe hemorrhaging. By implementing an immediate tactical medical program, rather than having EMS stage and wait, officers can deliver immediate medical interventions to victims that can increase survival rates.

What’s in an IFAK?

All police officers should be equipped with an IFAK, which is primarily used to treat one person. A typical kit consists of medical supplies that address the most common injuries officers are likely to encounter. These contents include:

Some agencies equip officers with additional items such as nasopharyngeal airways (NPAs), triangle bandages, medical tape and trauma shears. Depending on the contents, patrol IFAKs can range from $150 to $500.

How IFAKs Are Distributed and Used

In addition to receiving IFAKs, students are required to pass a basic tactical medical course. This block of instruction is taught by the training centers’ Physical Techniques Division and includes realistic scenario-based training where officers are required to treat either themselves or another officer during an active incident. Special attention is given to hemorrhage control because massive arterial bleeding is one of the leading ballistic injuries in law enforcement. Students are trained on the importance of applying immediate direct pressure to major hemorrhages to stop the bleeding, while treating the wounds with the contents of the IFAK.

Because IFAKs are intended to treat the individual carrying them, officers attending FLETC are taught how to conduct self-aid. Self-aid helps wounded officers quickly achieve hemorrhage control, which reduces the need for other officers to stop engaging the threat to treat wounded officers.

IFAK Expenses to Agencies May Grow High, But Officers’ Lives Worth More

As always, the issue of cost comes into play when an agency considers purchasing IFAKs for officers. However, officer safety should remain a primary concern. When it comes to officer safety, not a dime should be spared at the expense of an officer’s life. Purchasing IFAKs really is not that much of a financial burden compared to expenses such as vehicles or law enforcement technology.

Fortunately, many agencies across the country understand the benefit of IFAKs and have issued officers equipment as well as tactical medical training programs. As tensions in this country continue to rise, agencies that don’t provide these medical supplies or training should reconsider their position in order to save lives. 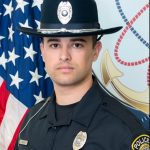 About the Author: Andrew Cannito is a graduate of the Federal Law Enforcement Training Centers Uniformed Police Training Program. He currently works as a federal police officer with the U.S. Department of Defense and is a dedicated member of the public safety community with over 10 years of combined service. Andrew also serves in the Military Police Corps of the United States Army Reserves and has experience as a firefighter, EMT and fire investigator in the State of New York. In April of 2015, Andrew founded and became the first elected President of the Homeland Security Network at American Military University.

Why It’s Important to Know Your Family Health History