Russia Tests Trump: Why He Needs to Take a Hard-Lined Approach

Russian President Vladimir Putin presently curries the favor of the Trump administration. However, recent military actions by Russia are testing the partiality and strength of the new United States president.

On February 14, a Russian Cold War signals intelligence (SIGINT) ship, the Viktor Leonov, showed up just 12 miles off the Connecticut coast, near the U.S. submarine base, New London. This isn’t just any ship, but one of the most technologically advanced intelligence-gathering vessels. It is no accident that it showed up near the submarine base, which houses up to 16 U.S. nuclear attack submarines. In addition, General Electric’s boat division is housed next to the naval base where advanced submarines are constructed for the U.S.

Trump’s administration did not issue a formal response regarding the presence of Russia’s vessel and Trump himself stayed mum on this topic.

Trump’s approach to dealing with Russia appears to be a continuation of recent U.S. foreign policy. The Obama administration allowed Russia to pursue a more vigorous foreign policy strategy without retribution or retaliation, giving Russia license to take a more provocative and aggressive approach toward the U.S., and those allied with it. There have been several notable examples of this over the past few years, including:

In 2014, the Russians invaded the Crimea, claiming its actions were to protect the security of Russians living there. The White House provided guidance that the U.S. was not to intervene and suggested to the Ukrainian Prime Minister that they not engage the Russians for fear the Russians would escalate the annexation of the Crimea. Instead, the U.S. responded by issuing Executive Order 13660 in March 2014 condemning the action and calling it a violation of the sanctity of the democratic system. Further, the Treasury Department placed several Russian companies on their sanctioned list to prevent U.S. companies from doing business with them. The sanctions were lackluster and equivalent to shaking a finger at a petulant child. Eleven days later, Executive Order 13660 was updated to reflect that Russian annexation was a direct threat to U.S. interests and security. In December 2014, Executive Order 13685 was issued, limiting U.S. financial backing to Russian banks, defense and energy companies.

However, the Crimea isn’t the only place where Russia is asserting its dominance with little retribution by the U.S. It appears that Georgia is also in Russia’s reticle.

In 2015, Russians posted signs around the BP oil pipeline in Georgia—almost 300 meters inside the border—creeping into Georgian territory. This was not the first time Putin set his sights on Georgia. In August 2008, Putin moved troops and tanks to the area. After this action, then-President George W. Bush took a hard line on Russian aggression and sent in the flagship of the Fifth Fleet to the Black Sea, along with Hercules aircraft filled with U.S. troops to sit on the tarmac of the airport. This action effectively eliminated the Russian threat.

Bush’s action was effective and it appears that when the U.S. takes a hard line against Russian aggression, Russia retreats. However, the Obama administration failed to rival Putin’s aggression, which allowed Russia eight years of free reign to do as it pleased without fear of reprisal.

The situation in Syria is no different. Since 2011, the Russians have supported the Syrian government and President Bashar al-Assad. The UN Security Council has repeatedly voted for the resignation of al-Assad, but Russia vetoed each of the resolutions in support of the al-Assad regime. The Obama administration’s policy was not to engage the Russians at all. Rather, their solution was to attack ISIL fighters inside Syria instead.

The Need for a New Response

Three months ago, the U.S. intelligence community released information that implicated the Russian government’s meddling in the U.S. presidential election. These cyber-related actions allegedly were designed to support Trump’s nomination. In the last days of the Obama administration, the response to this cyber interference was ordering 35 Russian diplomats to leave the country. This response was a continuation of the U.S.’s continued non-provocation policy toward Russia.

Today, we see a new administration under President Donald Trump, who seemingly takes a hard line toward Mexico and states that harbor radicalized Muslim terrorists. But much like the Obama administration, no such approach is taken towards Russia.

Failure to respond to Russia’s aggression gives them carte blanche to provoke the U.S. and interfere in its affairs. Trump’s apathetic approach towards Russian aggression means a continued acceptance of Russia’s behavior. Until President Trump changes his approach to dealing with Russia, their actions will continue to escalate. A U.S. response will need to be swift and decisive, setting precedent for the international community. 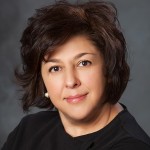 Lisa Kochevar is currently a full-time faculty member with American Military University, School of Global Security. Lisa earned her M.A. from California State University at San Bernardino in National Security Studies and has worked in higher education since 1999. Lisa has worked with such agencies as the Department of the Army, JSOC, and Special Forces Units. Lisa currently lives in Denver, Colorado with her two sons. 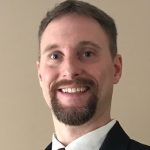 Brian Taylor is retired from the U.S. Navy and resides in Virginia. He is currently finishing up his bachelor’s degree in Intelligence Studies at American Military University.