The Zika virus is mostly spread through mosquito bites from an infected Aedes mosquito. However, new reports indicate the disease may also be spread through sexual contact and bodily fluids. Therefore, this virus presents a significant health concern and is spurring a substantial public health response.

Where are Zika Outbreaks?

The Zika virus is a relatively new public health threat in the news, but the virus has been around for several years. According to the Centers for Disease Control and Prevention (CDC), there were reports of Zika outbreaks before 2015 in Africa, Southeast Asia, and the Pacific Islands. However, the virus came into the public spotlight in May 2015 when the Pan American Health Organization issued alerts after Zika was found in Brazil.

Today, the Zika virus is found in more than 30 countries. Outbreaks of the disease have been reported in diverse locations including the Caribbean, Central America and South America, as well as areas of Africa, Southeast Asia and the Pacific Islands.

While there have been no cases of anyone being infected while in the continental United States, news reports have found 52 confirmed cases in the U.S. from people who traveled to areas with outbreaks. Zika virus has also been reported in Puerto Rico, the U.S. Virgin Islands, and American Samoa.

The disease is thought to be primarily transmitted by the bite from an infected Aedes species of mosquito. Because these mosquitoes are found worldwide, health officials believe it is likely that the disease will continue to spread around the globe.

President Obama has requested $1.8 billion to combat the disease. Currently, there are no plans for airports to screen arriving passengers to prevent infected individuals from entering the country. Such screening is thought to be ineffective because four out of five individuals infected with Zika do not present any detectable symptoms.

The CDC estimates that about one in five people who are infected with the Zika virus actually become ill. The symptoms of the disease may be mild, are similar to those of many other diseases, and include fever, rash, joint pain, and conjunctivitis. These symptoms last a few days to a week and are unlikely to be severe enough to require a hospital visit.

According to reports from the Brazilian Ministry of Health, Zika virus disease may also be associated with an increase in reports of Guillain-Barré syndrome, a nerve disease causing rapid-onset muscle weakness and damage to the peripheral nervous system. Also of concern is the apparent link between Zika infection and pregnancy problems. Zika is thought to cause microcephaly, a congenital condition that causes abnormal smallness of the head and incomplete brain development in babies. However, additional studies are needed to determine how the Zika virus is linked to Guillain-Barré syndrome, microcephaly, and other illnesses. There is currently no vaccine to prevent Zika virus.

As with all threats from emerging infectious diseases, emergency management and public health preparedness professionals need to study and understand the risks and vulnerabilities from this disease and work together to mitigate the threat to at-risk communities. Since the disease symptoms are very similar to other infections, hospitals’ infectious disease units and emergency preparedness programs must integrate with community public health and emergency management systems.

Medical professionals are not likely to see a spike in requests for emergency medical services due to Zika because of the mild symptoms associated with this virus. However, agencies must reiterate the importance of following strict body substance isolation and respiratory protection protocols to avoid transmission of infection.

In addition, 911 center operators should receive enhanced training that includes asking specific questions to help identify individuals potentially infected with Zika. For example, operators should ask if individuals have traveled outside the U.S. to areas known to have Zika virus outbreaks.

Emergency workers must also be trained on how to protect themselves. Those working in warm areas should consider wearing long-sleeved shirts and pants to minimize exposure to mosquito bites. If approved by a medical director or agency, medical professionals should consider using a mosquito repellent with DEET, picaridin or IR3535. Oil of lemon eucalyptus and para-menthane-diol products may also be useful to deter bites. The EPA has a list of recommended insect repellents. The CDC also provides a mosquito prevention guide for travelers.

For many years, the CDC has maintained a Global Disease Detection Operations Center. The center monitors potential disease outbreaks across the world. The CDC is reporting that the center is working with experts on the Zika virus as well as international partners and governments.

More information can be found at the CDC’s Zika virus website. 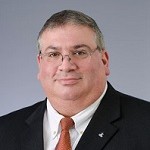 About the Author: Anthony S. Mangeri is the Director of Fire and Emergency Service Initiatives at American Military University. He has more than 30 years of experience in emergency management, response and recovery operations. During the attacks of September 11, 2001, Mangeri served as the Operations Chief at the N.J. Emergency Operations Center. He has been a volunteer firefighter and emergency medical technician for more than 25 years. He earned the rank of Assistant Chief-Safety Officer. He is also faculty in the School of Security & Global Studies. Mangeri earned a Master of Public Administration from Rutgers University. He is a Certified Emergency Manager and Certified Public Manager. He has completed a Fellowship in Public Health Leadership Initiative for Emergency Response sponsored by the Center for Public Health Preparedness.