Protecting Correctional Officers during the Pandemic

When we look back as a nation on the effects of the COVID-19 pandemic, we will undoubtedly acknowledge the tragedy and upheaval it caused. But hopefully we will also recognize the necessary changes that the illness prompted.

Spread of COVID-19 in Corrections

Except for those in the medical profession, no one faces a higher level of exposure to contagious diseases than correctional officers. Combine that with the near impossibility of practicing social distancing while still maintaining security and safety within the facility, it’s easy to understand how COVID-19 has spread so rapidly within correctional facilities.

As more officers expressed concerns about the spread of the virus and their safety and that of their families, it became increasingly critical for leadership to take immediate and widespread action. However, through our work we found that the response to COVID-19 within corrections facilities has been both inconsistent and often inadequate.

I am the executive director and part of the leadership team at the American Correctional Officer Intelligence Network (ACOIN). Our network of contacts includes line staff in correctional facilities as well as union leaders who represent correctional officers in nearly every state in the nation.

During this crisis, we have partnered with One Voice United, a non-profit organization whose mission is to provide an avenue for correctional officers to have their voices heard as our nation moves toward corrections and criminal justice reform. For far too long, the men and women who work behind the walls and are responsible for carrying out policies born from reform have been left out of the conversation. One Voice’s mission is to make sure those voices are not only heard but respected.

The aim of this partnership is to shed light on the flaws in our corrections system that have been made apparent by this virus and provide suggestions on the best ways to move forward to protect correctional officers everywhere.

In order to devise an action plan, we first had to understand what was currently being done in correctional facilities to address the spread of COVID-19 and how well those actions were working.

To do this, we first needed to know what the experts were saying and how that compared to actual correctional policy. How should we handle a pandemic in a correctional environment?

We reached out to the Centers for Disease Control and Prevention (CDC) to see what the experts were recommending. Once we reviewed the CDC’s proposed protocols, we moved on to finding out what was happening on the ground to determine if correctional agencies were adopting adequate policies to address the virus.

To get an accurate picture of the response, we sent out surveys to correctional officers across the country. We asked them if their agencies were providing personal protective equipment (PPE), sharing information about the spread of COVID-19, addressing staffing shortages, and offering virus testing.

What we quickly realized was that there was no policy consistency from state to state or even from jurisdiction to jurisdiction. For example, while some jurisdictions restricted movement by closing all entrances and exits into facilities to non-essential personnel, other agencies were still maintaining a business-as-usual attitude with little or no precautions in place.

We began contacting correctional union leaders to seek recommendations. Armed with the information they provided and our survey results, we developed a 15-point resolution to provide minimum guidelines for protecting staff and inmates.

In less than 72 hours from our first conversation, more than 36 unions had signed on to the resolution. Their immediate response underscored for us the severity of the situation and the genuine concern of officers.

We sent the resolution to governors Larry Hogan (R-MD) and Andrew Cuomo (D-NY), the co-chairs of the National Governors Association (NGA). We began a dialog with the NGA requesting that the organization adopt the resolution’s guidelines. Those discussions remain ongoing.

To develop public awareness, we participated in a two-hour show on YouTube’s Tier Talk with Anthony Gangi discussing what we had learned, what was working and what wasn’t. We convened a panel of nine leaders in the correctional field and produced a five-minute video that describes the trauma that many officers and their families are experiencing.

To address the psychological effects, we contacted two experts, psychologist Dr. Donald Steele, who has been treating correctional officer stress for three decades. He agreed to author a guide to help officers navigate stress and anxiety caused by the virus. We also reached out to American Military University professor Dr. Michael Pittaro, who agreed to write a similar guide to help officers understand how to use emotional intelligence to deal with daily situational challenges. We cannot thank them enough for their genuine concern and assistance.

We then began to look at the economic damage and hardships on officers and their families caused by the pandemic. As essential personnel, correctional officers are required by oath to report for duty, regardless of circumstance. We are the first, last, and only responders in one of the most dangerous environments in the nation.

[Related: How Coronavirus Has Stifled the Criminal Justice System]

We accept the great personal risk that this profession requires, but we do not expect our families to do so as well. In an effort to protect their families, hundreds of officers are living in hotel rooms, sleeping in RVs and cars, or in makeshift bunkhouses near our prisons and jails to be close to their work without possibly endangering their families.

It became apparent that correctional administrators need to help offset some of the financial toll on officers. Therefore, we strongly urge all departments to:

Next, we turned our attention to the 50 officers who have died from COVID-19 and their families. ACOIN and One Voice United contacted the Public Safety Officers Benefit Program (PSOB), which is overseen by the Department of Justice’s Bureau of Justice Assistance. The PSOB provides benefits for public safety officers permanently disabled or killed in the line of duty (LODD). The death benefit in 2020 is $365,670 and the educational benefit for a full-time college student is $1,248 per month.

Certain LODDs and disabilities are automatically assumed to be the result of duties of the job, but others require the surviving family members to provide proof that the death was job related before any benefits are released.

When the first officer passed away from COVID-19, we checked with the PSOB and found that although the officers’ survivors would be considered for the benefit, the death would fall into the latter requirement category: the family had to prove the officer contracted the virus while on the job.

Given the nature of our work, the level of exposure, and the fact that as essential personnel we are mandated to maintain our posts, that standard seemed unnecessarily burdensome.

We contacted PSOB Executive Director Hope Janke to express our concern. The next day she sent an email directing us to a memorandum the PSOB had just released that stated the death of a correctional officer from COVID-19 was presumed to have been contracted while on the job. This paved the way for much easier access to LODD benefits for families and removed many of the bureaucratic hurdles that often delay benefits during a time of extreme loss.

Lastly, we began monitoring legislation filed within state judicial systems to ensure that the correctional officer title was specifically included in all legislation that dealt with essential personnel and first responders. It’s been our experience that far too often when legislation is enacted to protect those in public safety, corrections is left out. Throughout our advocacy work, we have received assurances from authors of pending legislation that our officers won’t be left out.

While we have a long way to go before we conquer the effects resulting from this pandemic, we will continue to listen to and solicit information from correctional staff around the nation.

For now at least, the wheels have been set in motion to address the physical, psychological, and economic challenges of COVID-19. ACOIN and One Voice United will continue to advocate for correctional officers to address concerns. We will be developing an after-action plan with our union partners and officers to review what worked, what did not, and what can be done to prepare for future pandemics. 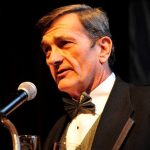 Dawe has testified before the U.S. Attorney General’s Commission on Safety and Abuse in America’s Prisons and the Legislative Assembly of Ontario and has addressed conferences at Yale University, the University of Minnesota Law School, and other public forums. Most recently, he spoke on corrections reform at the John Jay College of Criminal Justice and on officer stress at the New Jersey State Police Benevolent Association Convention, and as a panelist on Prison Privatization before the New York City and New York State Bar Associations.

Dawe earned his B.S. in Criminal Justice from the University of Massachusetts. In 2010, he was inducted into the American Correctional Officer Hall of Fame for his advocacy on behalf of correctional officers and for developing an intelligence network where corrections professionals can share best practices. He can be contacted at ACOIN2007@gmail.com.