Police leaders around the country want to make sure their department is not the next Ferguson. “There’s no difference between Ferguson and any police department today,” said attorney Eric Daigle of Daigle Law Group, during a presentation at the New York State Association of Chiefs of Police annual conference. “Every department here could have been Ferguson because it was a perfect storm: It was a use-of-force case that caught a lot of attention.”

To avoid such a public firestorm, police chiefs need to improve their use-of-force policies and procedures. Even more importantly, chiefs need to institute use-of-force internal investigations, which include gathering evidence so that if a case goes to court, agencies are well prepared.

Adopt a Use-of-Force Form
The best (and often only) piece of evidence Daigle has to defend officers is their written police reports. Unfortunately, these reports are often not very well written, do not include a comprehensive narrative of the situation, and do not include all the information that Daigle needs to defend the case.

“We need to get officers to write better reports,” he said. The way to do that, he said, is to provide them with a form to guide them in writing use-of-force reports. “I know, I know, another form,” he said jokingly to audible snickers. “And yes, your officers may initially see it as just more work you’re making them do,” he admitted.

But, by having officers complete a straight-forward form that includes all the information an attorney would need to properly defend the case could save both the officer and the department a lot of future problems.

Daigle has made this use-of-force form available to any agency in the country. Send him an email for access to this form.

So why undertake such a widespread (and free) service to police departments? “It’s time for us to all have the same policy and use the same standards across the country to increase accountability,” he said. “If we all do it the right way, or at least the same way, even if it’s not the right way, at least that’s how everybody is doing it.”

Sergeants are Key to Use-of-Force Investigations
After chiefs get officers to complete these forms, they then must set parameters for when internal investigations are necessary after an incident. The key to success is getting sergeants on board.

“You can’t do anything unless you get your sergeants to buy into it,” said Daigle. “Chiefs need to make sure the policies and procedures are in place. Sergeants are the ones who make sure things get done right.”

Sergeants should be charged with investigating use-of-force incidents and collecting evidence to protect the agency and the officer involved. A major problem in defending use-of-force cases is that there is a lack of evidence provided by the agency. Many times cases are brought months and years after an incident when evidence is long gone and memories faded.

Daigle understands that instituting internal investigations adds work for sergeants, but it must be done to minimize risk to an agency. After a sergeant investigates the incident, the agency will know if the action was within department policy instead of finding out in court.

When to Investigate Use-of-Force Incident 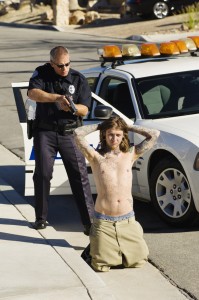 In this case, an officer needs to radio in the incident and fill out the form. This form needs to be sent to a sergeant for review. The sergeant then sends it to an internal affairs supervisor who makes a copy for the files and sends it to the training supervisor to determine if further training is needed. No further investigation by a sergeant is needed.

This is an incident that requires internal investigation and is where sergeants will need to do the most work. Immediately after the incident, a sergeant needs to respond to the scene.

To conduct an investigation, the sergeant must do six things:

All this information and evidence must be documented and included as part of the sergeant’s investigation.

For this type of incident, the sergeant will help go secure the scene, but others will be charged with collecting evidence and investigating.

Evaluation and Determination
The last part of the use-of-force investigation process is critical and often an area that agencies let slide, said Daigle. “Chiefs must reiterate that after sergeants receive an officer’s use-of-force form, there is no rubber stamp process,” he said. Sergeants must evaluate the use of force incident and make a determination whether or not it is in accordance with the department’s policy.

One important note for sergeants: “No document coming out of your police department should ever, ever have the word ‘reasonable’ on it,” he said. “Why not? Because only a judge or jury under legal standards can determine reasonableness.”

Stay Updated With National Use-of-Force Reports
One final note Daigle made during his presentation was that chiefs need to stay up-to-date with what is happening around the country involving use-of-force cases. All chiefs, he said, need to read the following reports: 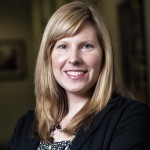 About the Author: Leischen Stelter is the editor of American Military University’s premier blog, In Public Safety. She writes about issues and trends relevant to professionals in law enforcement, corrections, fire services, emergency management, and national security. You can follow AMU on Twitter @AMUPoliceEd or Facebook.