On April 21, the House Transportation and Infrastructure Committee discussed an issue that many states and local governments aren’t addressing: The possibility of a widespread grid power outages that would cause people to be out of electricity for long amounts of time.

According to an article in SC Magazine, the chairman of the committee, Rep. Lou Barletta (R-Penn.), told members that they need to start helping states and local governments prepare for such an event. During the same meeting, Craig Fugate, the administrator of the Federal Emergency Management Agency (FEMA), said his agency was working with the Department of Energy to develop federal plans to respond to long-term power outages. Part of this operational plan, he said, would address national safety threats caused by long-lasting electrical power outages.

While congressional committee meetings on this subject demonstrate that federal authorities are starting to think about such a disaster, not enough discussion is happening at the state and local level.

Are Agencies Talking about ‘Grid Down’ Scenarios?

As a former Los Angeles Deputy Sheriff still involved in the law enforcement community in California, I have posed a scenario of a national ‘grid down’ event to dozens of police officers and firefighters in the western United States. I’ve asked if agencies have any kind of plan to deal with the civil unrest of extended power outages either statewide or nationwide. The answer I get is often a quizzical expression and a resounding “No.” The next question I ask is whether or not this subject is even being discussed. Again, the answer is “No.”

There have been numerous books and articles written about the aftermath of a grid outage and the chaos that would ensue in every community. Even Ben Carson, during his bid for the presidential nomination, talked about how unprepared our nation is if the electric grid was brought down for an extended period of time. He noted that, as a nation, we should be doing more to safeguard our electric grid.

[Related: Protecting the Nation’s Infrastructure against an EMP Attack]

However, none of the current articles, books, or any of the Congressional reports dealing with the aftermath of such an event mentions the role of local police or fire departments. It is assumed, and taken for granted, that police and fire would be able to respond to emergencies. Agencies must keep in mind that during such a disaster, gas pumps would not work leaving many firefighters and police officers stranded and unable to report for duty. In southern California, for example, most police and firefighters live more than 50 miles away from their duty stations and many of the deputies I worked with lived more than 70 miles away from the station.

So why aren’t police and fire departments doing more to train for this event? Why aren’t they having discussions about the implications of a grid down scenario and how their response would have to be modified? While many public safety professionals are aware of such a scenario and the dire consequences it would have on a community, why are these conversations not happening?

If such a disaster did happen, police and fire departments would remain the primary responders. Federal agencies like FEMA would likely be just as paralyzed as the general population and local first responder agencies. No phones, vehicles, or aircraft would be working during widespread power outages, especially if it’s nationwide. Even in the best circumstances, FEMA wouldn’t be able to move resources or respond to every community all at once. FEMA simply does not have the resources to assist small or large cities on a national scale. Therefore, every community, neighborhood, and home would be largely on its own and forced to be self sufficient until order is restored.

How Police and Fire Can Prepare for Widespread Power Outages

Police and fire departments are doing their community a disservice by not including this scenario in their disaster planning process.

I have a suggestion that I hope police and fire agencies will resurrect and reconsider. More than 30 years ago when I was a deputy, my sergeant told us in a briefing that in an emergency or disaster we should report to the nearest sheriff or police station. However, in a grid down situation that may not happen because police and firefighters may not leave their families alone.

[Related: Is Your Agency Prepared for the Aftermath of an EMP?]

First responders should stop and think if their fire or police department has made such plans for their families. In order to keep personnel on the job if the grid goes down, station commanders must consider ways to keep officers’ families safe and taken care of, too.

It’s time for police and fire to have a plan, or at least start talking, about what to do to maintain a semblance of order during widespread national power outages. 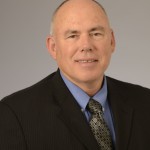 About the Author: Dennis Porter has more than 38 years of law enforcement experience with the Los Angeles County Sheriff’s Department. He is also a Community Emergency Response Team (CERT) member and trainer. Dennis holds a master’s degree in Homeland Security with an emphasis in Emergency Disaster Management from American Military University.