As a senior administrator in Summit County, Ohio, I have seen the value of collaboration in times of financial scarcity, not just between county departments and agencies, but also at the multi-jurisdictional level.

The fourth-most populated county in the state (with roughly 540,000 people), Summit County has managed to bolster its public safety collaborations and initiatives, despite facing economic challenges, state budget cuts, and pressure from the opiate crisis. One of the best examples of enhanced collaboration preparedness and partnership occurred earlier this year during a federally funded FEMA-driven, county-wide emergency management exercise.

[Related: Emergency Manager Partners with the Public to Prepare for Disaster]

A simulated emergency operations center exercise focused on a potential county-wide attack. This crisis brought together a variety of agencies including the county executive, city mayors, township trustees and administrators, emergency management agencies, fire, police, EMS, and public works, as well as IT departments, and others.

[Related: The Role of Law Enforcement in Emergency Management]

One of the unexpected benefits of this training was that it brought to light for participants the expertise and skills available within different organizations. At the end of the exercise, agency leaders better understood how each agency operated, their personnel and skillset, and the unique resources they offered. In addition, the roles of similar departments at different levels of government (county versus city, for example) also became clearer because of this simulation.

At the end of the exercise, one significant take-away was the need for improved communication channels. Communication can always be a challenge and this exercise illuminated specific areas of communication that needed to be strengthened. Also, the simulation highlighted the need for ongoing and consistent training at the policy-making level throughout county communities.

In conclusion, this activity helped further expand the working relationships and partnerships among agencies so they can better prepare and plan for disaster response and recovery. From policy makers to first responders, this course created an invaluable opportunity for everyone involved to better understand how the county operates as a whole. This knowledge helps not only during an emergency response, but also during the normal operation of the county.

Even when struck by tight times, local governments must prioritize working collaboratively on a multi-agency, multi-jurisdictional level to better understand the threats facing their communities. By facilitating such collaboration, Summit County is working to ensure that when disaster strikes, agencies respond as effectively and cohesively as possible. 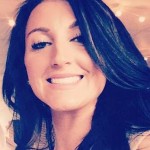 About the Author: Faylin Mutch is currently a senior administrator for the Summit County Communications Department. Previously, she served in the Department of Environmental Services, and county council office. She has a master’s certificate in Intelligence Analysis from American Military University and a master’s degree in Public Administration from the University of Akron with a specialization in Emergency Management.