This article is part of IPS’ July focus on technology and its impact on public safety.

In addition to making existing processes more efficient, the introduction of automation into a correctional agency has the potential to improve offender information sharing. This includes information sharing both within the agency and externally to interested parties, such as other criminal justice agencies and public information sites. 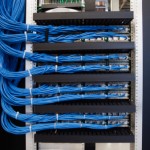 These are just a few examples of state correctional agency initiatives designed to improve offender information management and sharing through the use of automation.

However, prior to implementing automation, a correctional agency must first examine the existing processes to determine whether changes are required.

Garbage In, Garbage Out
The old adage “garbage in, garbage out” is often used when referring to computer technology. It is especially true when beginning a project intended to automate some or all of the functionality within a correctional agency. Automating existing bad processes will not make them better; instead, it will most likely make things worse.

Many of the correctional agencies I have worked with in the past share a common quality: They are quick to create a new process and/or form to address a situation when it arises. However, they are reluctant to do away with old processes and forms, expressing a fear that someone might still need that information.

Case in Point
An individual at a state correctional agency I worked with once shared the following story. The group this individual worked with moved into some offices that were previously occupied by another group. There was a locked room that held a printer that could be seen through a window. Each afternoon, the printer would start up at a specific time and print what appeared to be a report. No one had a key to the room and when inquiries were made to the central office, no one knew what report was being printed.

The point of this story is that the agency was obviously generating a report that no one needed or used anymore. Otherwise, someone would have been calling central office looking for that very important report that they were no longer receiving. It was also a fact that no one had taken the time to stop the system from generating this obsolete report.

Solving the Problem
An important first step to implementing automation within any organization is first identifying whether or not the existing processes align with the needs and mission of that organization. Automating outdated processes will only lead to an inefficient system.

Automation projects are the perfect time to reexamine existing processes to determine whether they are still needed and if they align the agency with the most recent industry best practices. This is accomplished through a process called business process reengineering (BPR).

BPR is an organization’s version of spring cleaning. It involves conducting a review of the existing processes to determine whether or not such processes are still needed and/or whether they require modification to align with the new technology being introduced. Conducting a BPR assessment not only allows an organization to get rid of obsolete practices, but also provides the opportunity to introduce more efficient and streamlined processes.

Prior to implementing new automation within your correctional agency, take that extra step to conduct a BPR assessment. While it might take a little extra time upfront, the long-term impact and savings to the organization make the effort a valuable investment. 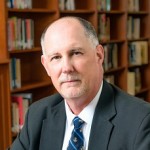